"So many people told me 'if it wasn’t for her you would have died. You wouldn’t have made it,'" said Abi Sherman about being rescued from a King County river Monday. 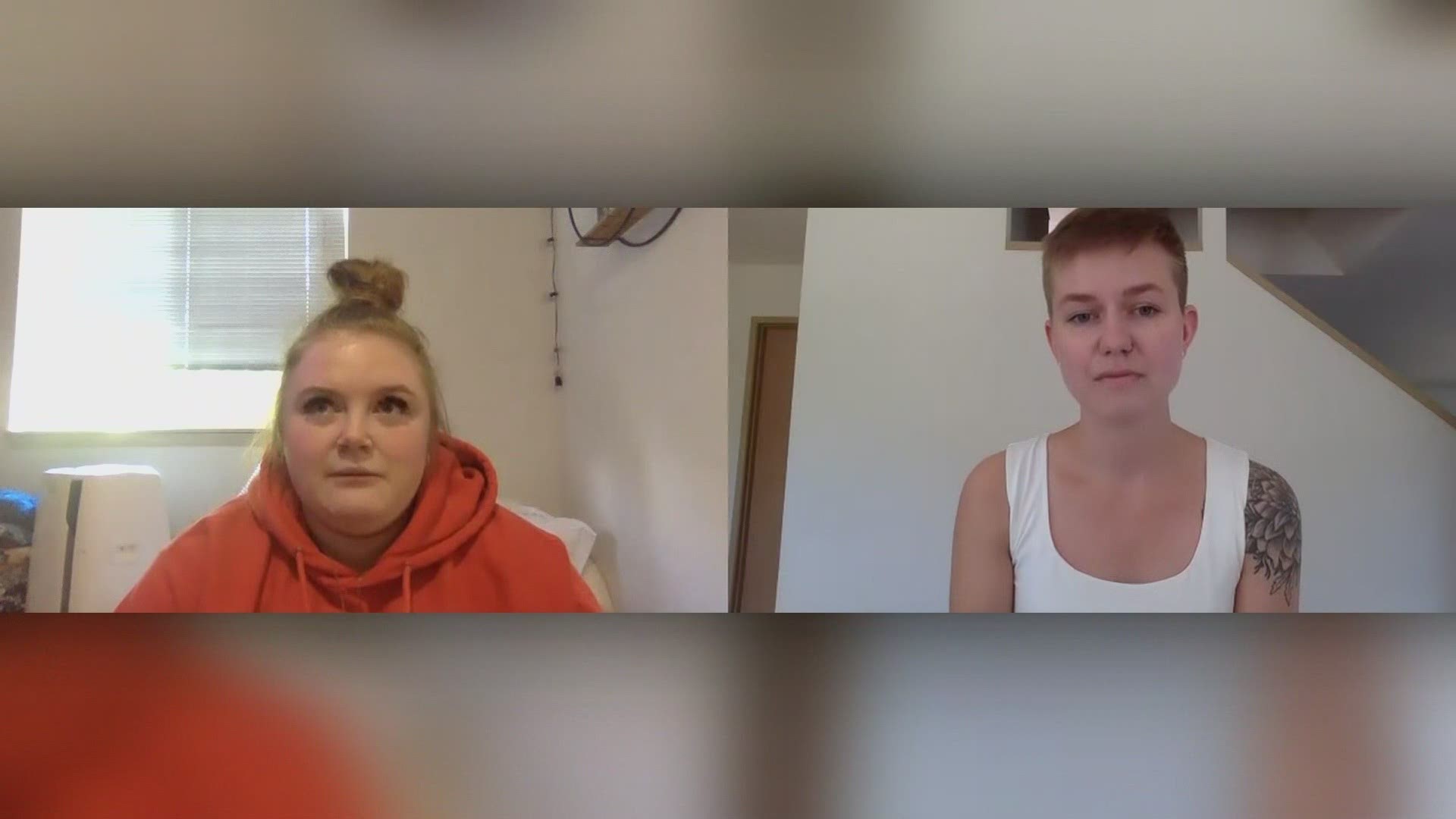 FALL CITY, Wash. — As the heat rolled into King County earlier this week, Abi Sherman of Monmouth, Ore., found relief on the river near Fall City. She was with a group of friends when she fell off her inner tube and into the cold water -- she wasn't wearing a life jacket.

“My friends were trying to hold on to my arm for as long as they could but while they were holding my arm my whole face was under water,” Sherman said.

“From there it was all kind of a blur. I can remember just floating down the river and I was like breathing again above water – three girls were there holding on to me,” she continued.

Sherman and her friends credit one woman, a stranger, for pulling Sherman out of the water to safety.

That was on Monday and since then Sherman has been trying to find the woman who saved her -- posting a message on Facebook prompting over a hundred comments and shares.

“For the past couple of days I just continued to think about her. I’ve checked Twitter looking for things,” said Hailee Hannah of Marysville.

Hannah was also on the water that day and she’s the woman who pulled Sherman out of the water. One Facebook post and one hundred comments later, the two women got to connect for the first time via Zoom.

One in Oregon and the other in Marysville

“So many people told me 'if it wasn’t for her you would have died. You wouldn’t have made it,'” Sherman said.

Sherman was taken to the hospital by paramedics but was able to walk away a little banged up, but ultimately okay. She’s lucky – they both are.

“We’re both very able bodied adults who, it can happen to any of us in a split second something like that can happen,” said Hannah.

On the cusp of what could be a historic heat wave in western Washington, King County health officials issued a warning about water safety this week. Thirty-three people died in King County waters last year, and over half of those deaths involved alcohol and/or drugs, according to health officials.

Health officials said of the open water drowning deaths in 2020, the majority could have been prevented if the individual had been wearing a life jacket.

Summer has just started and the heat on the way could be record breaking, so as many head to cool off in local waters, Sherman's experience serves as a reminder of the danger water can bring.