Witnesses are sharing details of a rare tornado that touched down in Port Orchard Tuesday afternoon. 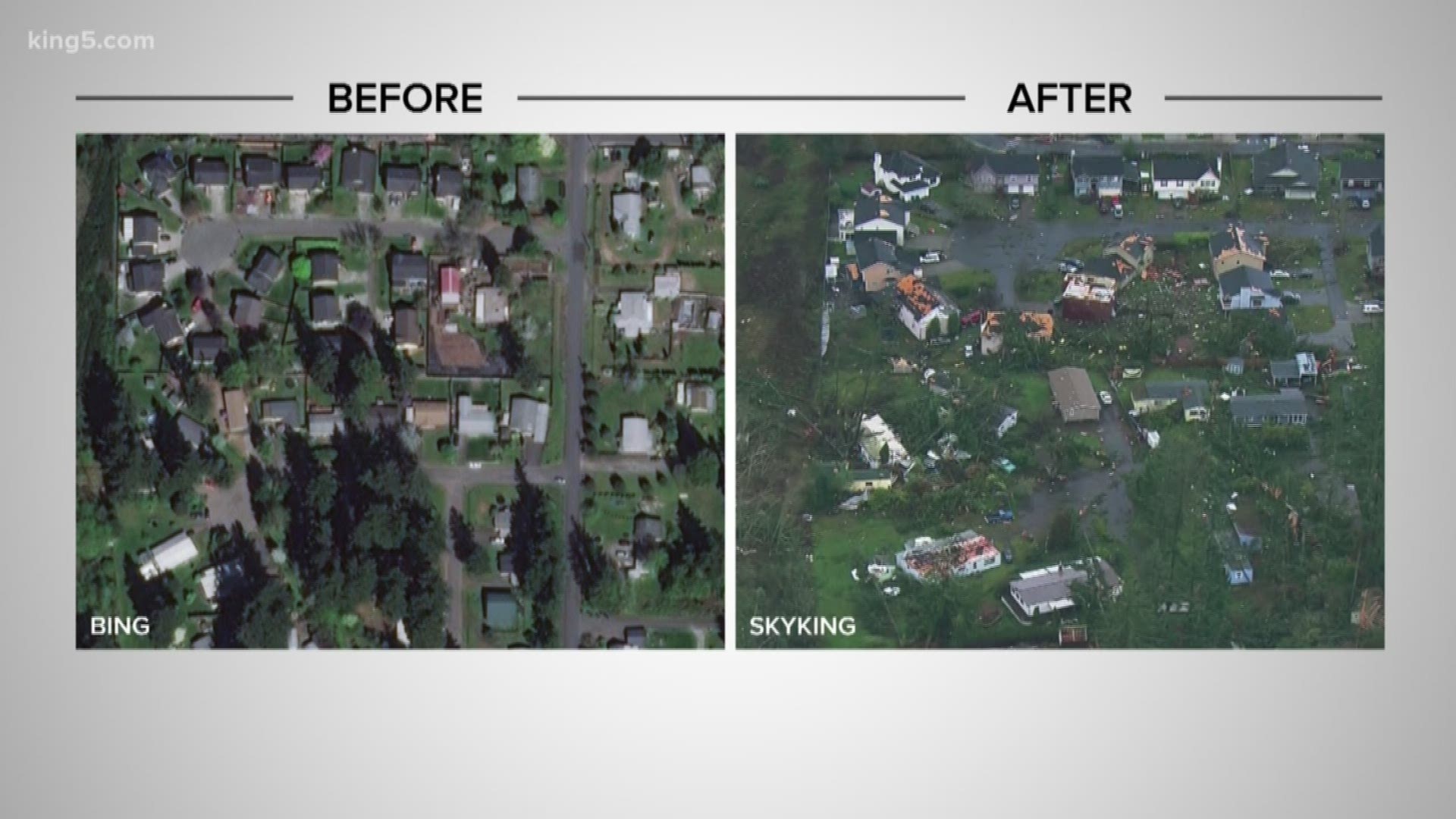 Witnesses are sharing first-hand accounts of a tornado that touched down in Port Orchard Tuesday afternoon.

Tornadoes in Washington state are rare with an average of two or three a year. Tornadoes in December are even more rare, averaging only 0.1 a year, the National Weather Service said.

RELATED: Tornado touches down near Port Orchard, no reports of injuries

"It's devastating," said Mary Hicks of Port Orchard. "I’ve lived here all my life, and I’ve never experienced the devastation that a tornado can do.” 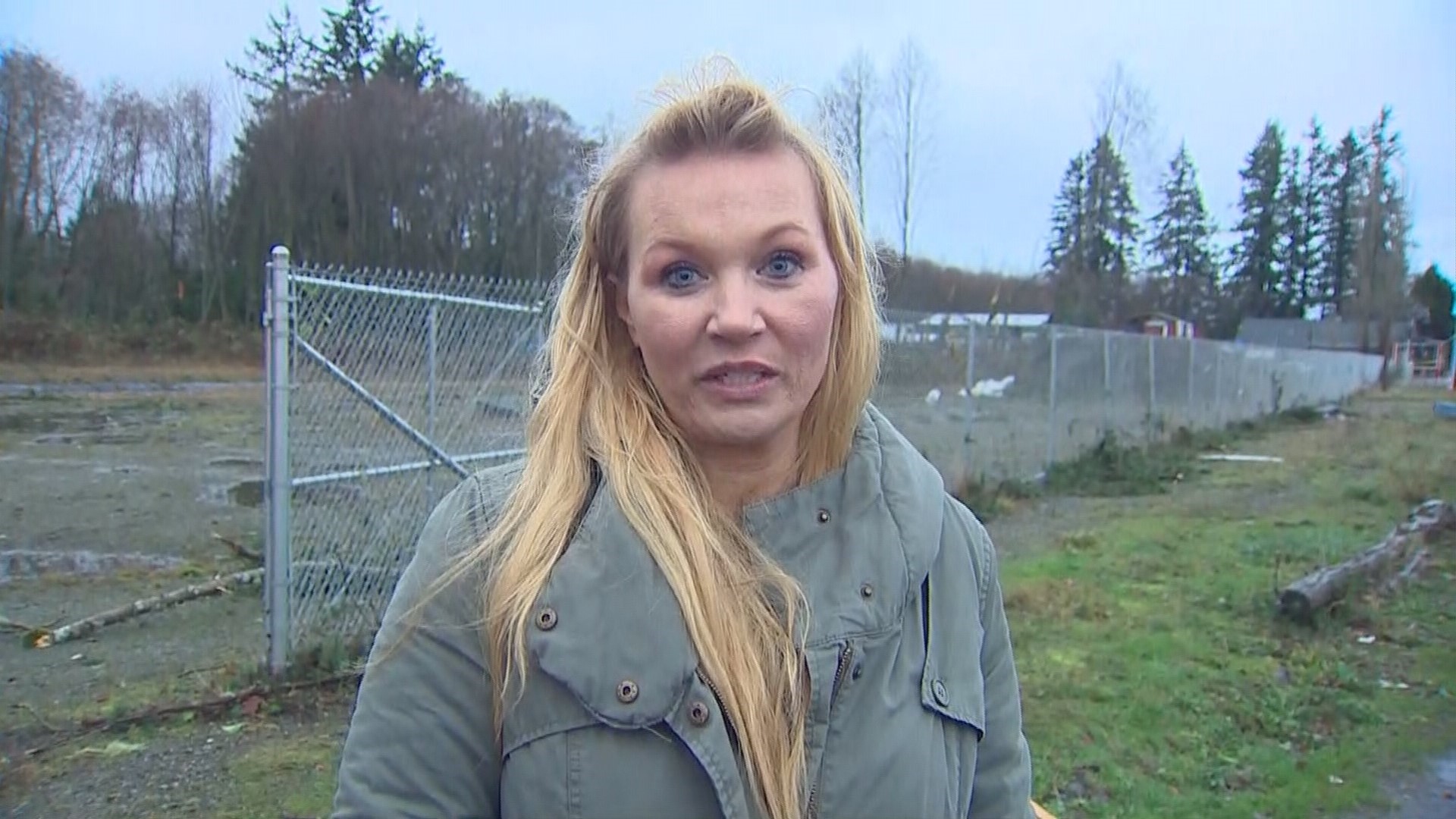 "When I was outside it started heavy rain, and then hail, and then the wind and I saw the tornado like spinning and I thought I was going to get sucked up,” said Jennifer Connelly Delay. And then somebody came to my house and said there might be another one in 30 minutes, so I went in my house and waited for another one to come. And by the grace of god another one didn’t come. I feel very protected by god.”

Stan and Kari Walter were in their home when the tornado touched down. Kari told KING 5 three large trees landed on their house.

“My heart was just pounding. We were OK, thank god we were on the other side of the house,” she said. 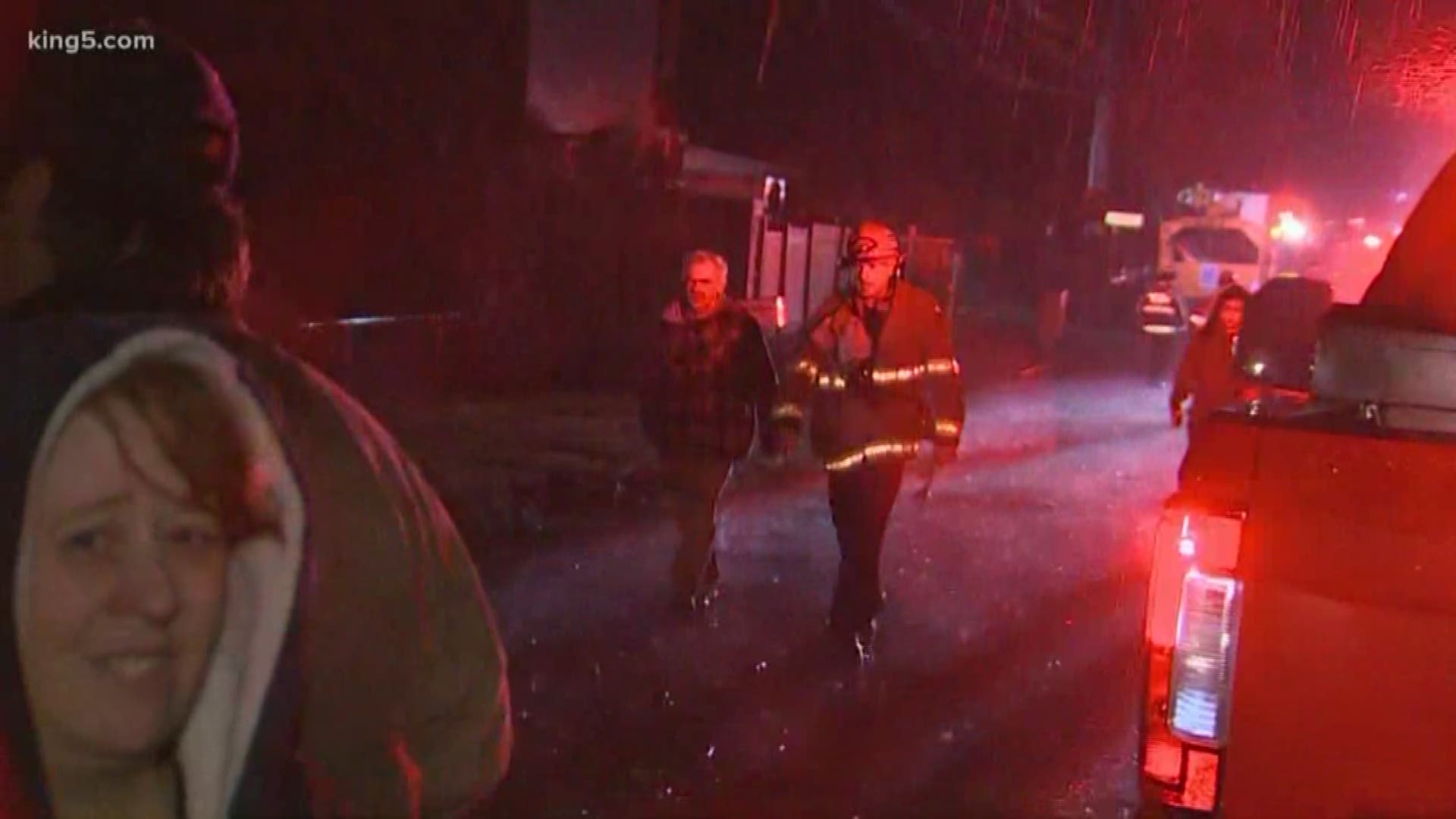 Thomas Kennedy, 18, said it started hailing with heavy rain only a few minutes after he got out of school.

Kennedy said he was going to a dentist appointment when he saw a “huge funnel come down from the sky.” 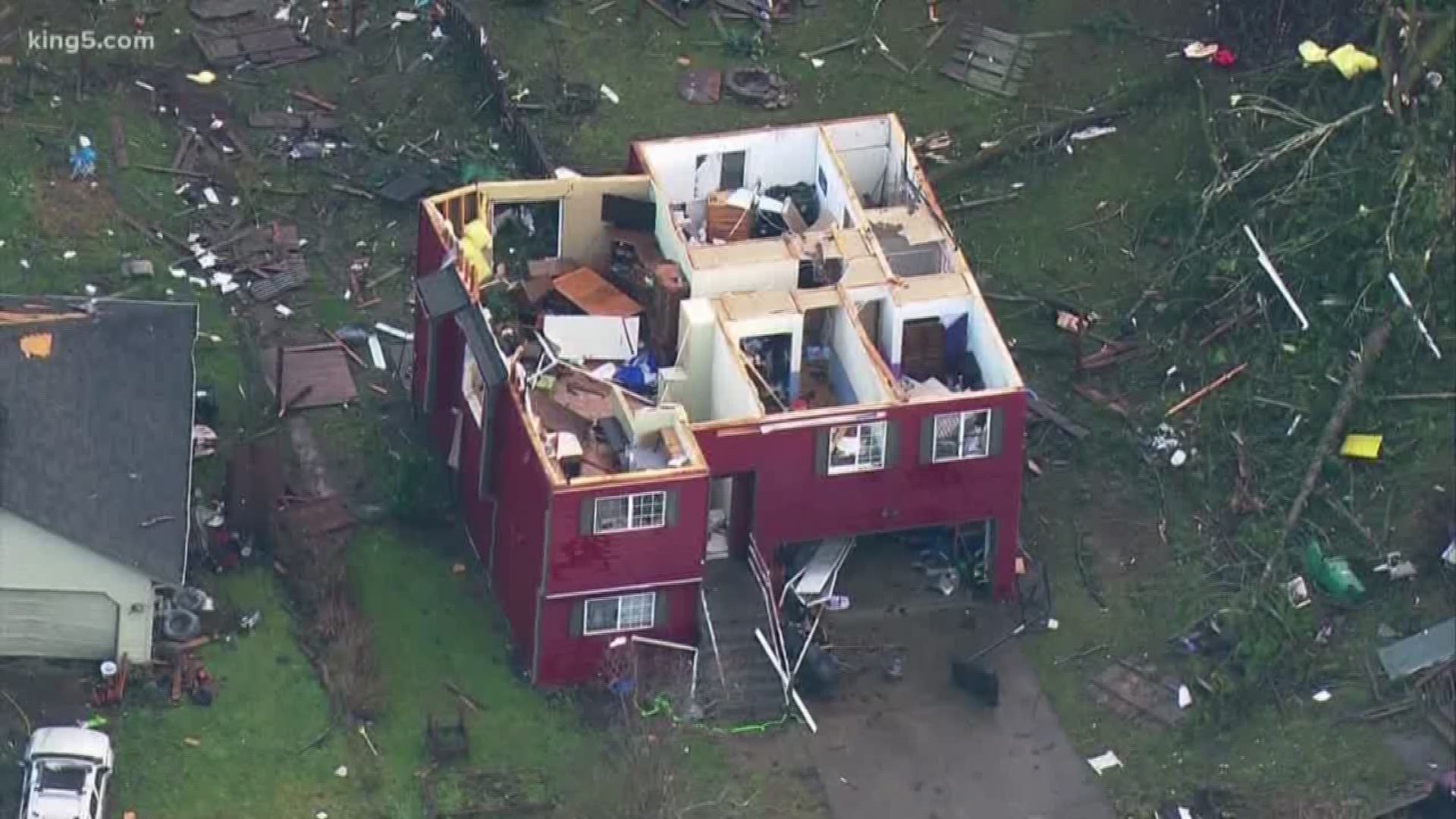 “We see this huge funnel come down from the sky like a cloud, a grey cloud,” said Kennedy. “At first we thought it was birds, like a flock of birds flying everywhere but we looked closer and saw that about a mile away there was debris flying everywhere, smashing into things, roofs flying in the sky and it just kept going up and up.” 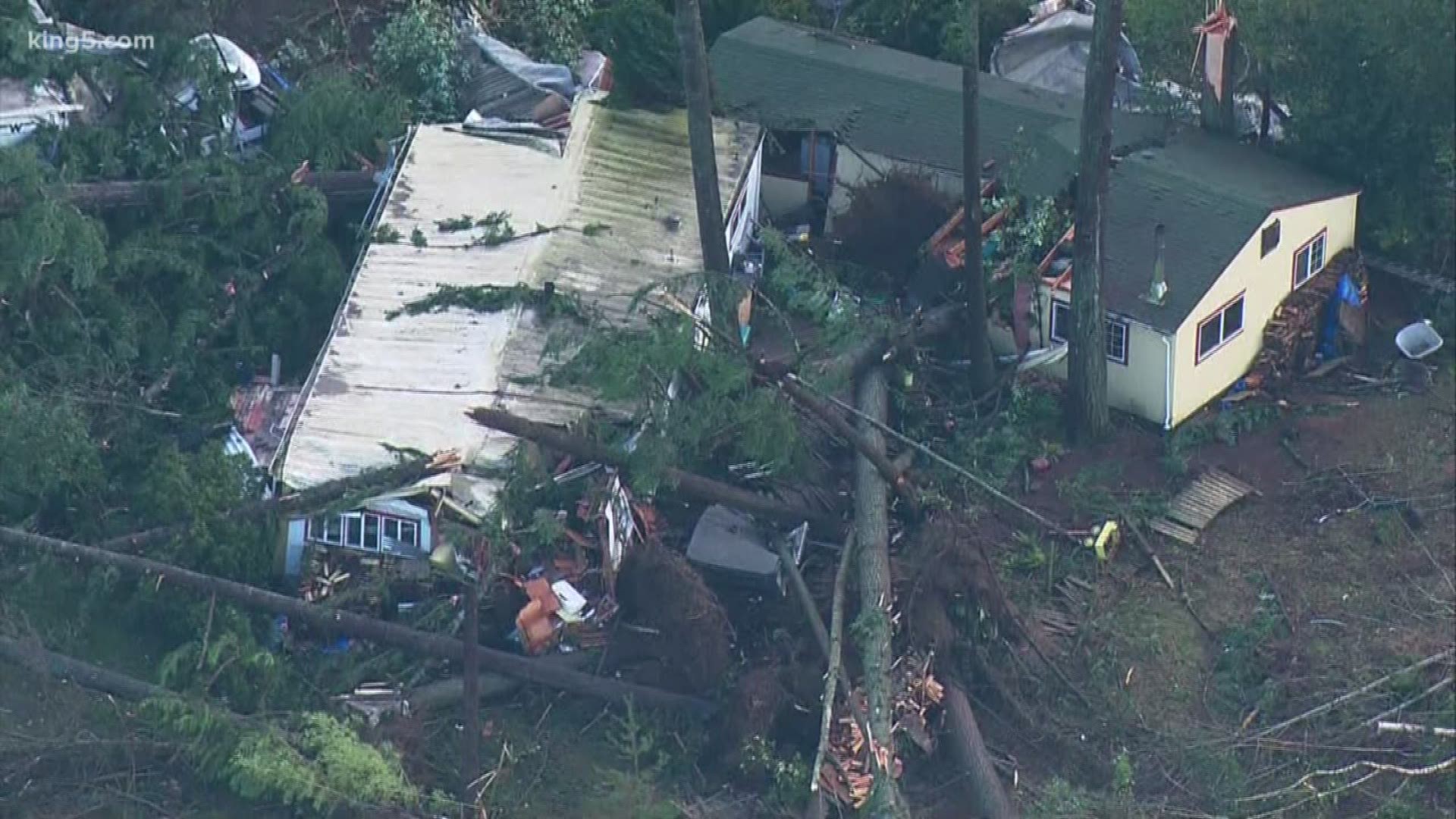 "The wind very quickly picked up, and I started seeing the trees blow," said Christopher Raymond of Port Orchard. "All the walls just started shaking really violently, and me and my uncle actually saw what appeared to be a tornado in the sky going up through our backyard."

Raymond said a tree fell through his bedroom, trapping his girlfriend in between the door and the door jamb. Raymond said he freed her before he left the house and then saw another tree fall on the opposite corner of the home.

RELATED: Why did we see a tornado in Port Orchard?

The National Weather Service confirmed the storm was a tornado based on radar imagery and video evidence. The tornado was rated as an EF-2 with winds speeds up to 120-130 mph, according to a preliminary damage report. 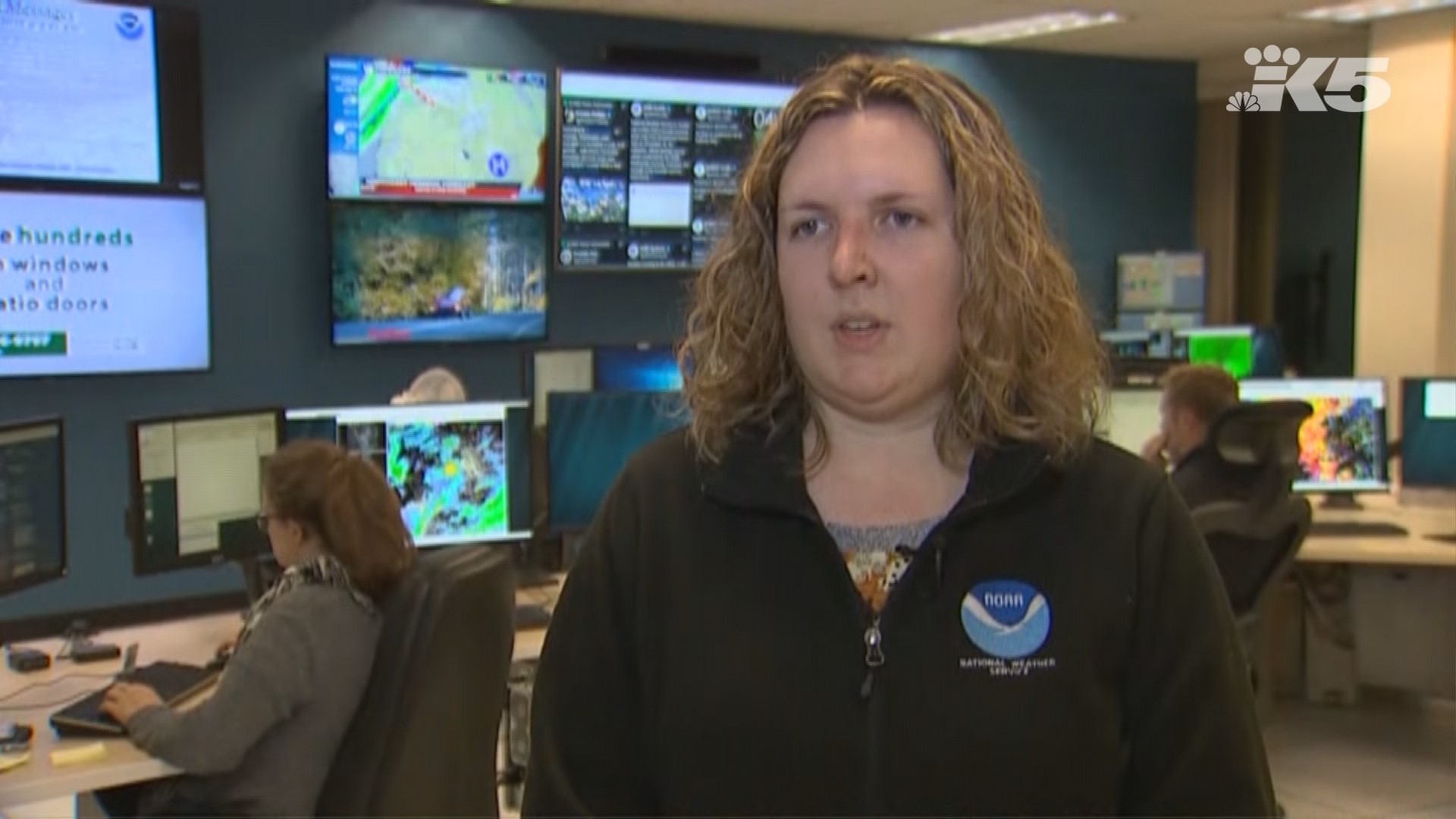