Sound Transit picked an elevated line as the preferred option for the West Seattle and Ballard light rail extensions – if it doesn’t get third-party funds. 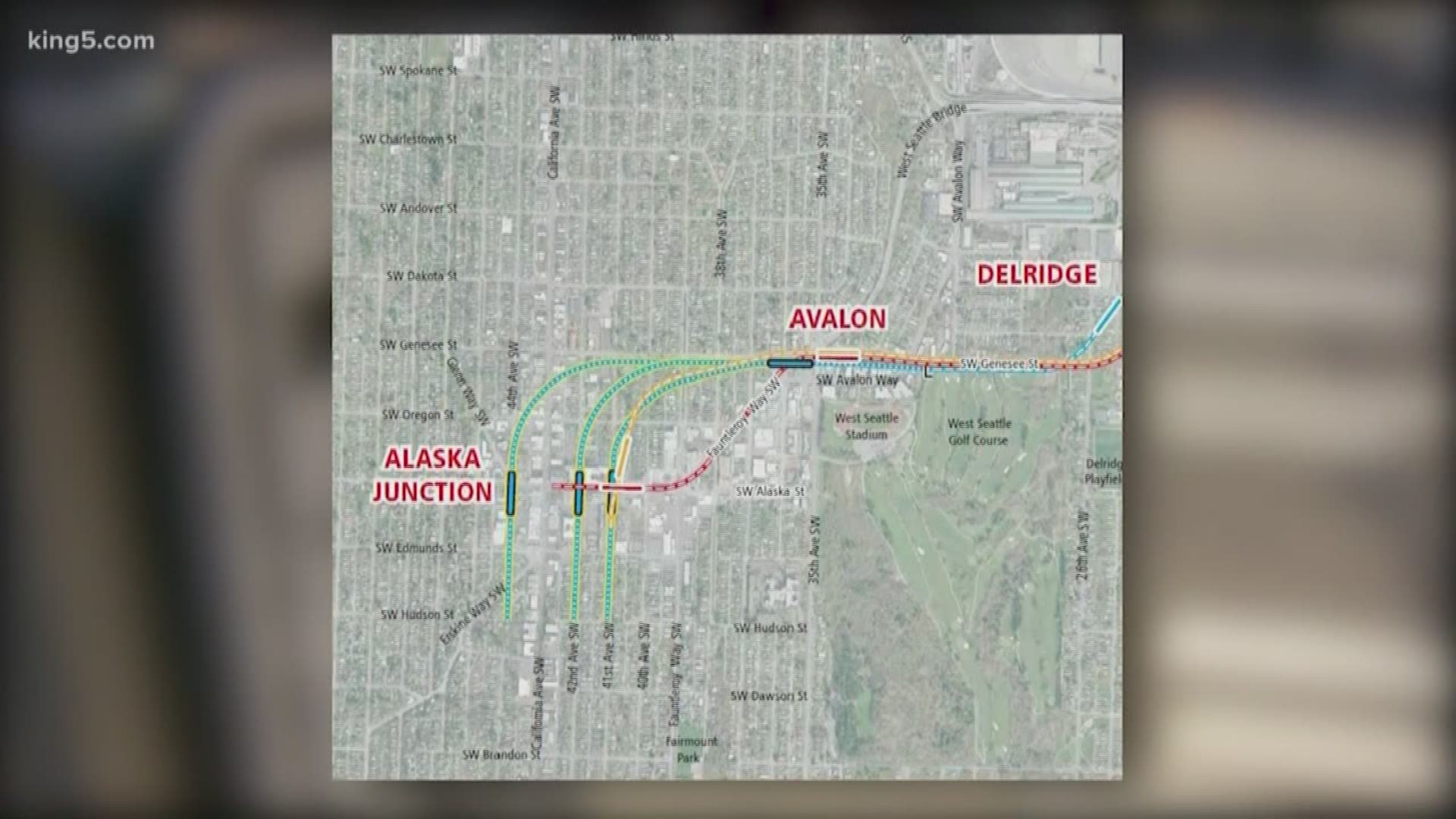 SEATTLE — Sound Transit is eyeing elevated lines and stations as the preferred option to study in the West Seattle and Ballard light rail expansion project if the agency doesn’t receive additional third-party funding.

If Sound Transit did get more funding, it would prefer to build tunnel stations in both neighborhoods.

However, that would mean coming up with money above and beyond the $5 billion estimate to build the lines. It would cost $700 million more than the project estimate to tunnel in West Seattle and an additional $350 million to tunnel in Ballard, according to a Sound Transit spokesperson.

In Ballard, the preferred line would emerge from the downtown tunnel east of the BNSF railroad tracks to a Smith Cove station between West Galer Street and the Magnolia bridges. An Interbay station could be on Thorndyke Avenue West north of West Dravus Street.

From there, the preferred line without third-party funding would cross Salmon Bay on a fixed bridge east of the Ballard Bridge and continue to Ballard station on 14th Avenue Northwest via an elevated railway. The Ballard station would be located on Northwest Market Street.

Some West Seattle residents also voiced concerns about the elevated rail, saying it would run through a residential area.

The Ballard and West Seattle projects will add 11.8 miles of light rail and are expected to open in 2035 and 2030, respectively.