Hatcheries in Issaquah worked around the clock during flooding and heavy rains to maintain their salmon populations. Other hatcheries didn't fare as well. 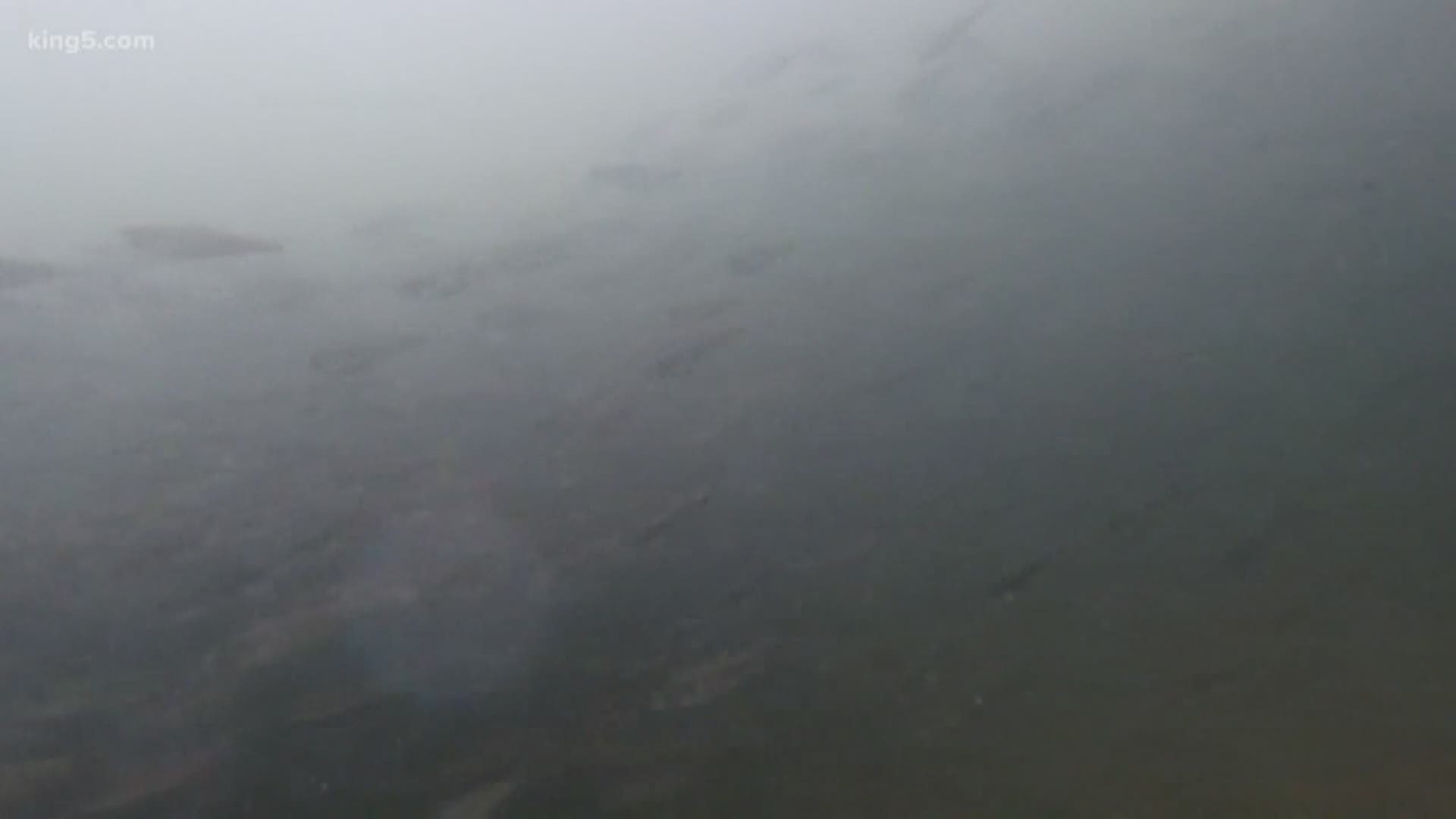 ISSAQUAH, Wash. — Winter’s flooding and heavy rains have been causing problems for western Washington salmon hatcheries, and could have lasting impacts.

At the start of February, rising floodwaters from Issaquah Creek threatened the state-run hatchery there. Washington Fish and Wildlife raises Coho and Chinook salmon at the hatchery, along with rainbow trout to stock various lakes.

They also raise endangered Kokanee – but none of those fish were affected.

During the floods, sediment mostly clogged one of the water intakes and left the young fish swimming in murky water that makes it difficult to feed them. The silt can also scratch their gills.

Floodwaters were controlled at the facility through round the clock work, keeping the fish ponds from overtopping. Hatchery specialists worried if it got out of hand, the worst-case scenario would be that floods could wash fish into the road.

They also had to work to clean silt to make sure oxygenated water kept circulating.

Other facilities outside of Issaquah weren’t so lucky.

A Puyallup Tribe hatchery had one pond flood, which led to the early release of about 30,000 Coho salmon into the river system. Though not a catastrophic loss, they usually try to get the fish a little larger before releasing them, said enhancement biologist Blake Smith.

“Eighteen months from now, we’ll know if survival was normal or below-normal,” he said.

He added that a pond at the Wilkeson Creek hatchery – containing 400,000 fall Chinook -- filled half full of sand, limiting space for the fish. Crews are still working to remove that.

At the Kalama Creek Hatchery, which is operated by the Nisqually tribe, river water inundated a ground-level pound with a half-million yearling Coho in it. They’re not sure how many washed out and worry the inventory process would further stress the salmon.

“They don’t necessarily die, but will their survival to adult be impacted? Most likely,” said enhancement program manager Bill St. Jean.

“When that flood was happening, it’s almost like you were standing outside a forest fire breathing all those fumes,” said Travis Burnett, a WDFW Fish Hatchery Specialist. “Same thing is happening with these guys.”

St. Jean the salmon are suffering as a result of all the mud and debris in the water.

It’s difficult to say how the flooding and water conditions will affect the population, but it's certainly in the forefront of many specialists' minds this week. A new forecast of spring Chinook returns to the Columbia River predicts a 12% increase from last year, but still near-record lows.

“Every fish counts,” said Burnett. “I mean of course we hope the report is wrong, but it’s a waiting game.”