Kshama Sawant announced that she would bring forward legislation that would prevent landlords in the city from evicting renters in the winter. 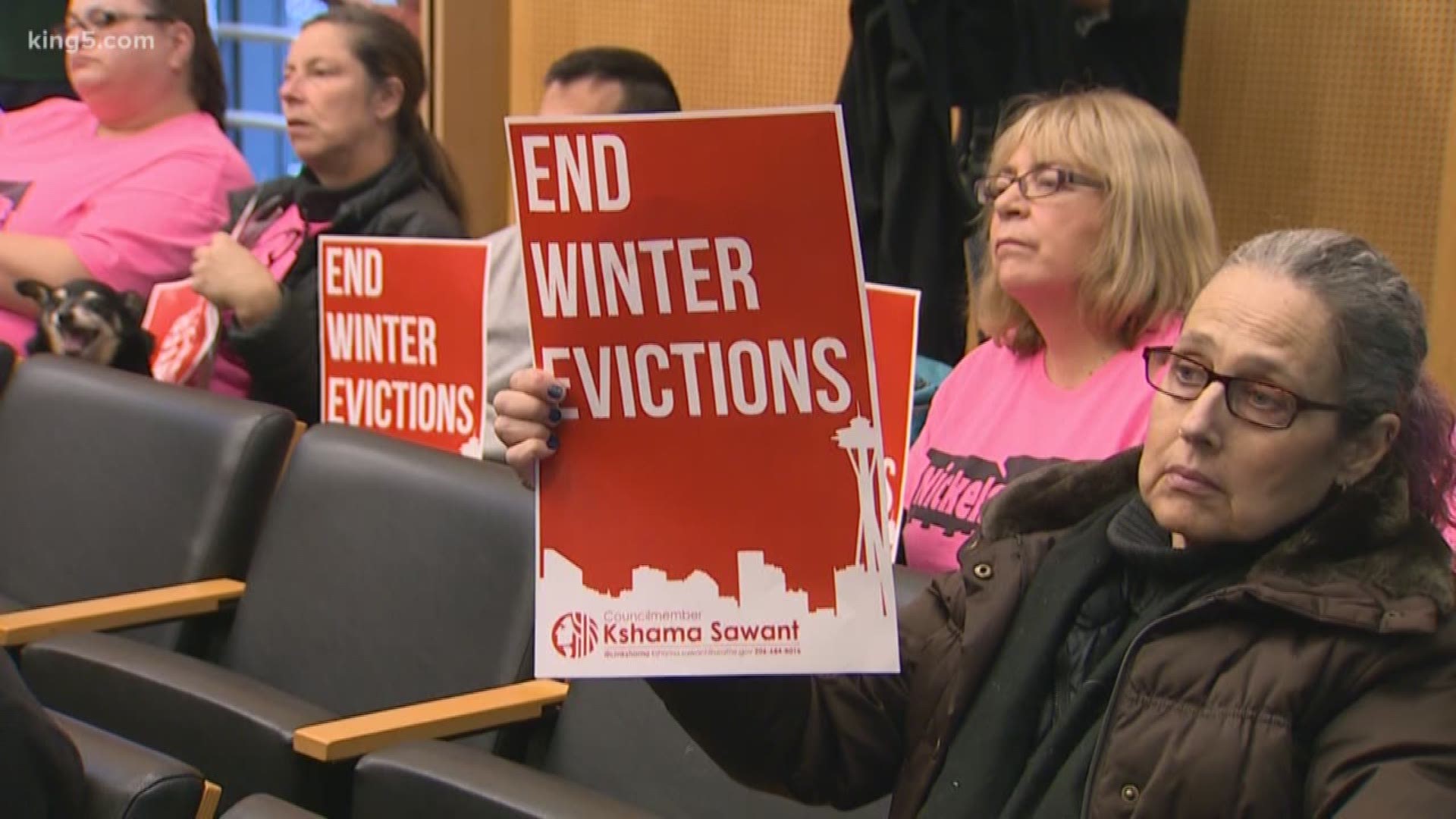 SEATTLE — Seattle City Councilmember Kshama Sawant announced she plans to bring forward legislation that would prevent landlords in the city from evicting renters during the winter months.

"I have a daughter on the street here," said Gabriella Duncan. "If you had to look at that in physical form when that person looks just like you, you wouldn't even think of evicting people in the middle of winter. What is wrong with this picture and what is wrong with us?"

The Tenants Union of Washington and the city of Seattle Renters' Commission said an eviction during the coldest months of the year is could be a death sentence.

However, not everyone is for an eviction ban.

Roger Valdez, the director of Seattle for Growth, said a winter eviction ban could become a rent holiday, sending a destabilizing message to the rental housing market.

Sawant said her office will bring forward legislation next week.

The issue will likely be discussed at City Hall again in January.

Sawant's proposal comes after her office filed an emergency petition urging Mayor Jenny Durkan to reverse a plan to shut down the Northlake tiny home community, which is home to over 20 homeless neighbors. Those people would have had to be out of their homes by Dec. 9 if the plan was enacted.