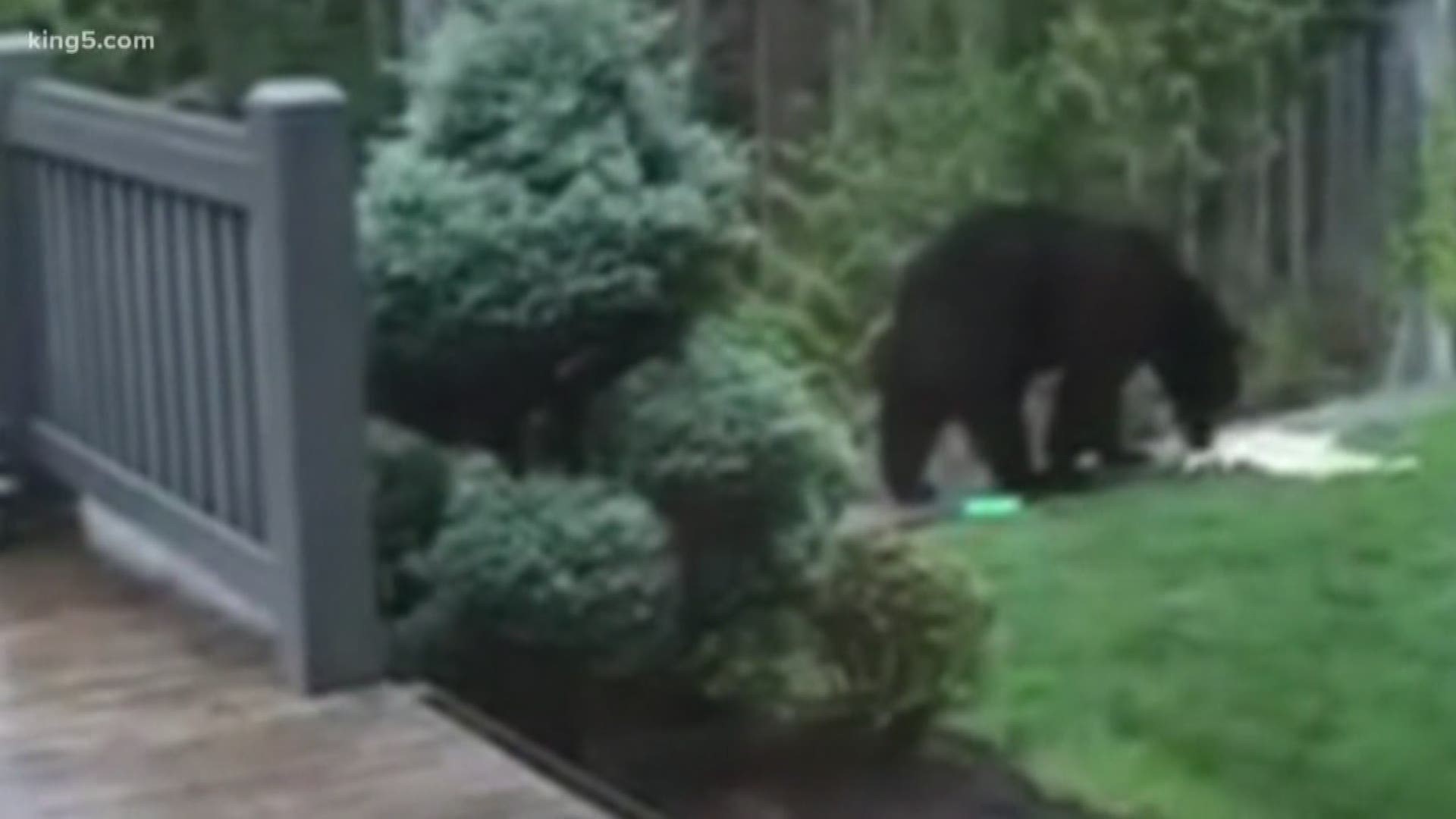 SEATTLE — Editor's note: The video in this story is from a previous story aired on KING 5 in 2018.

An increased number of interactions between bears and humans in the Mt. Baker-Snoqualmie National Forest this year has wildlife experts warning people to stay away from the animals and clean up after yourself.

Summer is slowly winding down, making bears less afraid of humans and more focused on getting food to help store their fat reserves, according to wildlife officials.

Hikers and campers leaving food out in picnic areas, allowing easy access to trash, or even making attempts to feed the bears can end in serious consequences.

“It may be tempting to offer food to bears that seem to be tame, but it is never a good idea,” said wildlife officials. “Bears who begin to associate people with an easy meal, become problem bears and potentially dangerous.”

RELATED: Woman records black bear charging at her in Whistler

Black bears are common in Washington State, with population size estimated around 25,000, according to the Washington Department of Agriculture. While black bears are not as large as grizzly bears, they can grow to around 300 pounds and be capable of inflicting a lot of damage to people and property.

The Washington Department of Fish and Wildlife said if you encounter a bear in the wild, never run, remain calm and let the bear know you’re human by talking to it calmly while you continue to face the bear and back away slowly.

The department has more tips on their website on what to do and guidelines for hiking in bear country.