Despite recent rains, fuels are quickly drying as we head into summer. 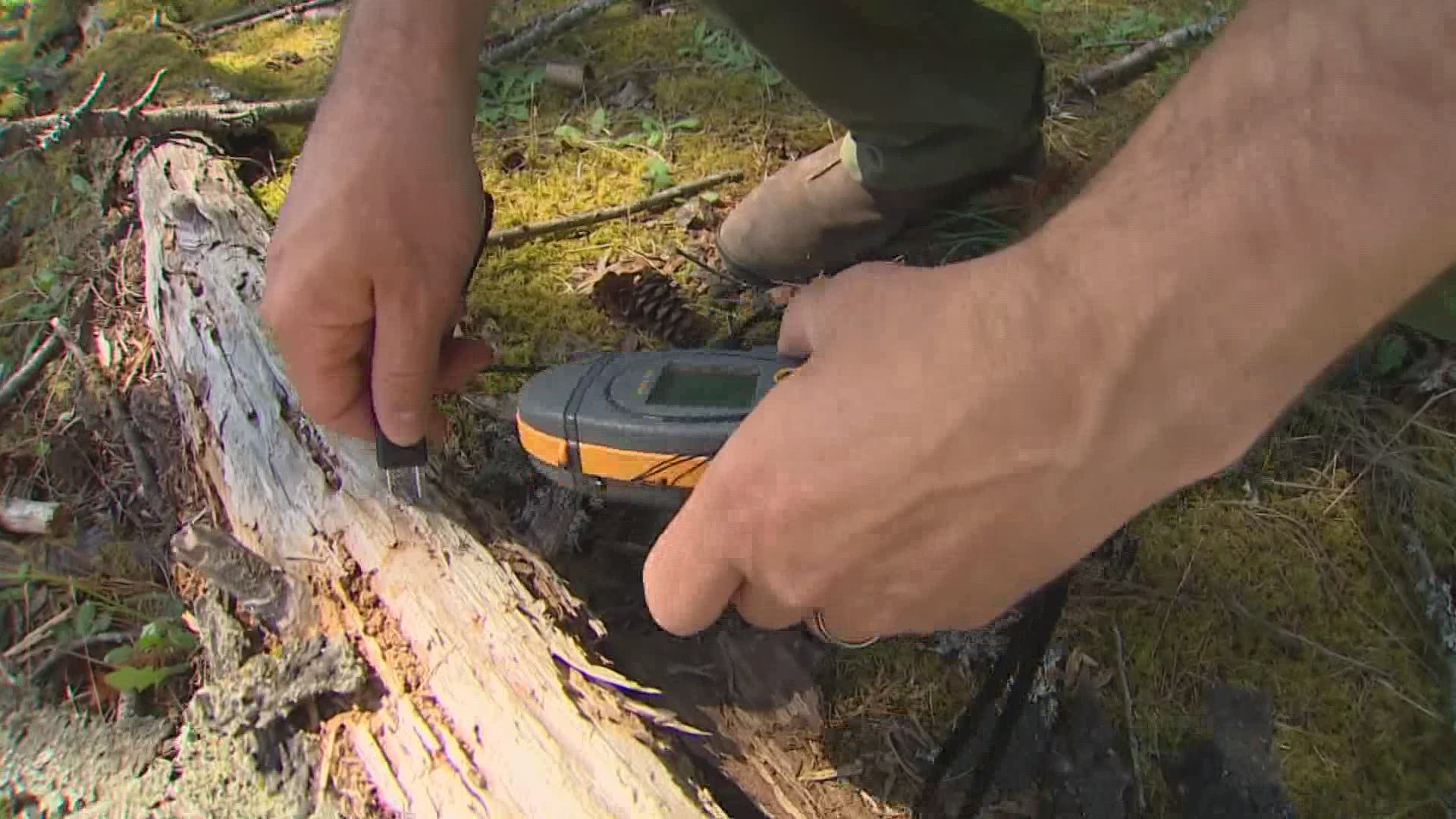 LACEY, Wash. — While we may consider this first week of summer with sunny blue skies glorious, the fire threat is building across Washington state.

KING 5 went out and watched as Vaughn Cork, a fuels analyst with the Washington Department of Natural Resources, measured everything from moisture levels of fallen branches to the soil in a patch of forest in Lacey.

He demonstrated what’s happening with an electronic device with two metal prongs that can reach depths of about three-eighths-of-an-inch. It’s a moisture meter called a protimeter that calculates moisture levels by passing a current between the prongs.

Despite recent rains, the numbers are sobering. Cork tested a dead stick on the forest floor about an inch in diameter.

“So this one is about 10 percent," said Cork. "Ten percent is really, really dry for this type of fuel. Normal, for this time of year, it would be 10 to 20 percent.”

The higher the number, the more moisture is in the wood and the less likely it is to burn. Cork said these samples are drying out about a month earlier than normal. Levels usually seen in mid-July are there near mid-June.

The good news is the soil is reading above 50%, which means there is water for all the living trees and bushes to take up. But those levels are also expected to drop with more warm days and no rain.

Cork’s job is to look at the risk factors fuels pose in wildfires. He gathers data from a variety of forest agencies, including the U.S. Forest Service, which has a network of RAWS sites that can automatically measure and model fuel moisture in specific areas using different technology.

“For it to be this low, at this point in time, is definitely concerning,” said Cork, adding fuel moistures, which are even lower on the typically drier eastern half of the state, are looking more like the record drought year of 2015 that was also a record season for wildfire in Washington.