Seattle came in ninth on a list of the worst cities in America for air pollution by the American Lung Association. 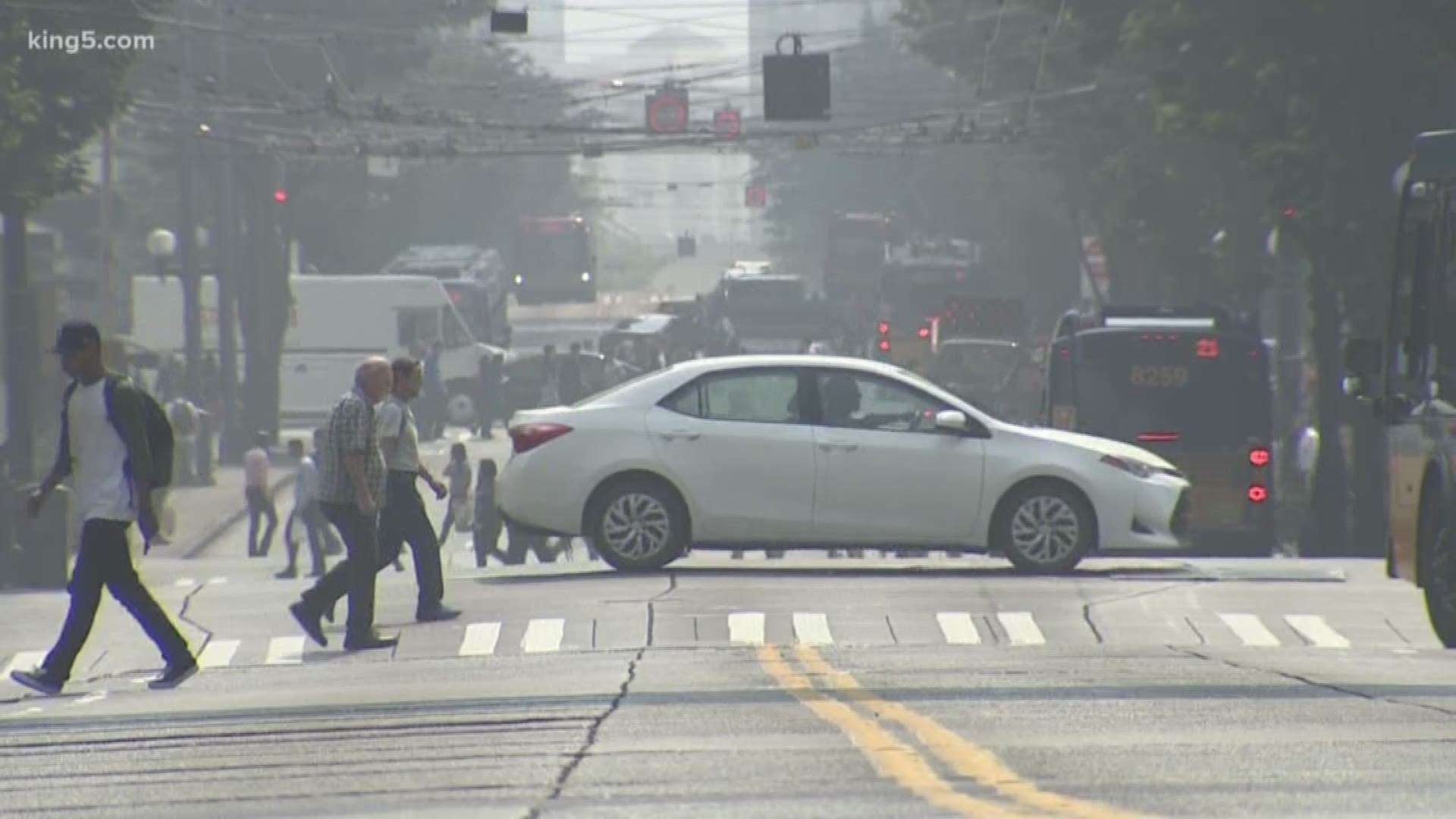 Seattle came in at number nine on a list of the worst cities in America for air pollution, according to a new report.

Wildfire smoke drove the Seattle area into the top of the “Cities Most Polluted by Short-Term Particle Pollution” list, according to Allison Hickey, regional executive vice president of the American Lung Association.

This kind of pollution is defined as soot, much of it from diesel engines and other sources including huge spikes in wildfire smoke. The Seattle area took the number nine spot even without including one of the two smokiest summers in 2017 and 2018.

“Last year was the worst year on record, and it isn’t even in the report,” Hickey said of the August 2018 wildfire smoke event.

RELATED: Seattle ranks among worst cities in the U.S. for air pollution

The concern is that western Washington will see more wildfires this season and more smoke will envelop the largest population centers.

In 2018, 40% of the wildfires fought by the Department of Natural Resources occurred west of the Cascades. An abnormally dry March resulted in 54 early season fires so far this year, and all but a handful happened in western Washington.

Climate change is considered a major driver in the western shifting pattern of wildfire. Even if you don’t live in a suburban or rural area amongst trees, wildfire smoke can reach everybody.

“This report shows that Americans are already experiencing worsened ozone and particle pollution due to warmer temperatures and increased wildfires,” said the Lung Association’s State of the Air 2019 report.

The most vulnerable populations to soot include people both young and old, and those with asthma, COPD, lung cancers, and cardiovascular disease, according to the Lung Association.