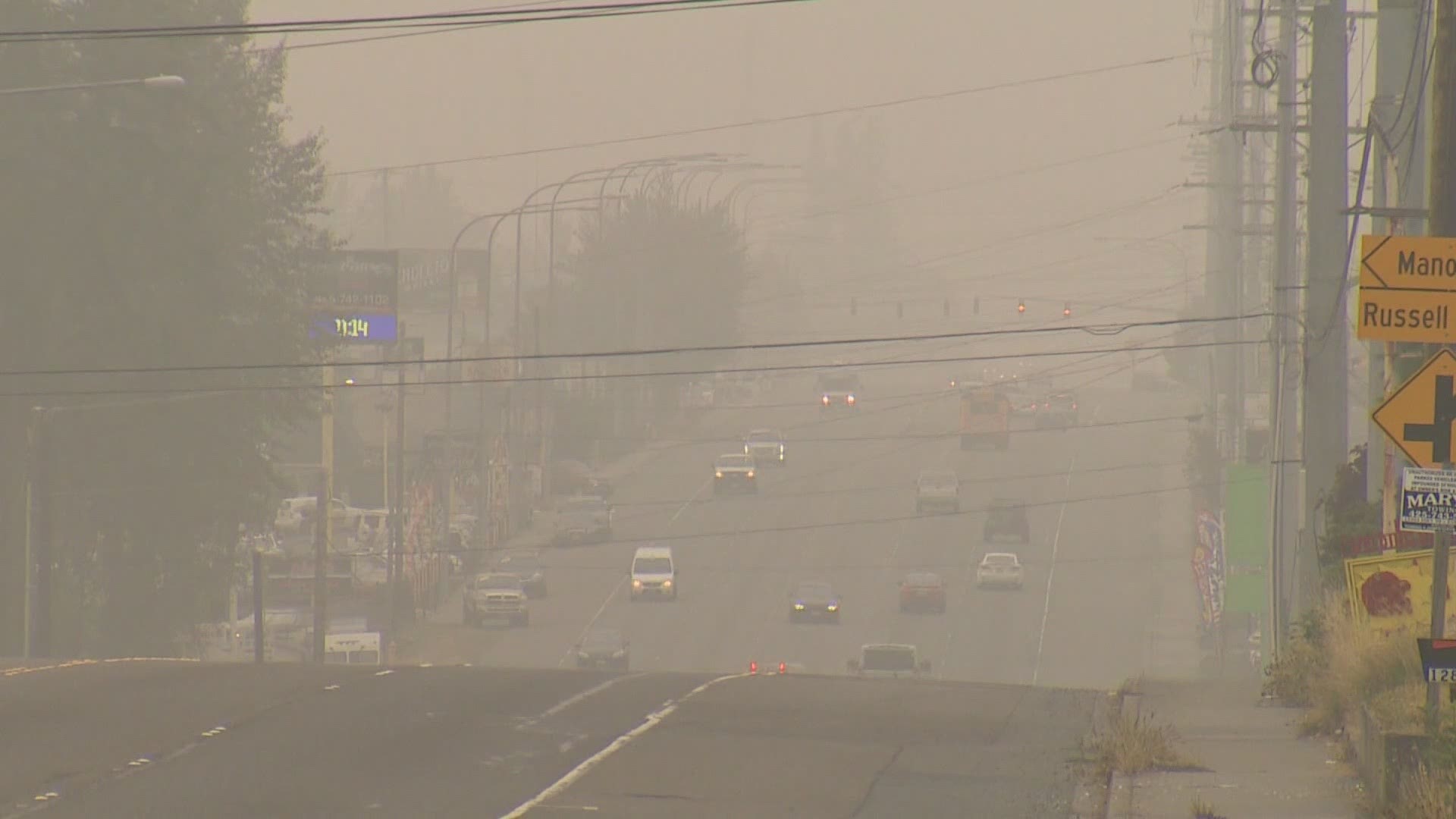 SEATTLE — As wildfires burn across the West Coast and British Columbia, cities in eastern Washington are being hit with unhealthy air.

Experts say it is difficult for smoke to move into Puget Sound, but it is becoming more common.

In recent years, the Department of Ecology has tracked an increasing number of wildfire smoke events.

"Smoke can travel thousands of miles," said Wineke. "If it stays aloft, you get a pretty sunset, and that's not a problem, but if it mixes down to the surface level, that's when you need to prepare and take precautions to protect yourselves."

Western Washington receives some protection from the Cascades, which block wildfire smoke from the eastern part of the state. Wineke said smoke would likely move toward Seattle if there were a wildfire on the Kitsap Peninsula.

“The advantage of the Puget Sound area is most of our weather is coming off the ocean,” said Wineke. “Not a lot of fires over the ocean, right? So, it takes a little bit of an unusual pattern to bring wildfire smoke here.”

That is what happened in September 2020. The Seattle area was covered in a plume of smoke from a fire in Oregon. The smoke moved out over the ocean and back over land. Wineke said events like that are not common, but added it goes to show how difficult smoke is to predict. Even with a dangerous forecast for wildfires, Wineke said there is a chance the smoke will never reach Puget Sound.

"We've seen that in that past, some really bad wildfire years, 2013 and 2015 in Washington state,” said Wineke. “Devastating wildfires, but we didn't see the broad state-wide impact we saw last year.”

This year, the Department of Ecology updated it's smoke forecaster. The tool provides a five-day prediction of smoke across the state. The department also has its air quality map, which reports air quality throughout the state.