As crews battle a 200-acre fire in Douglas county another 65-acre fire rages on the west side of the Cascades near Lake Crescent on the Olympic Peninsula. 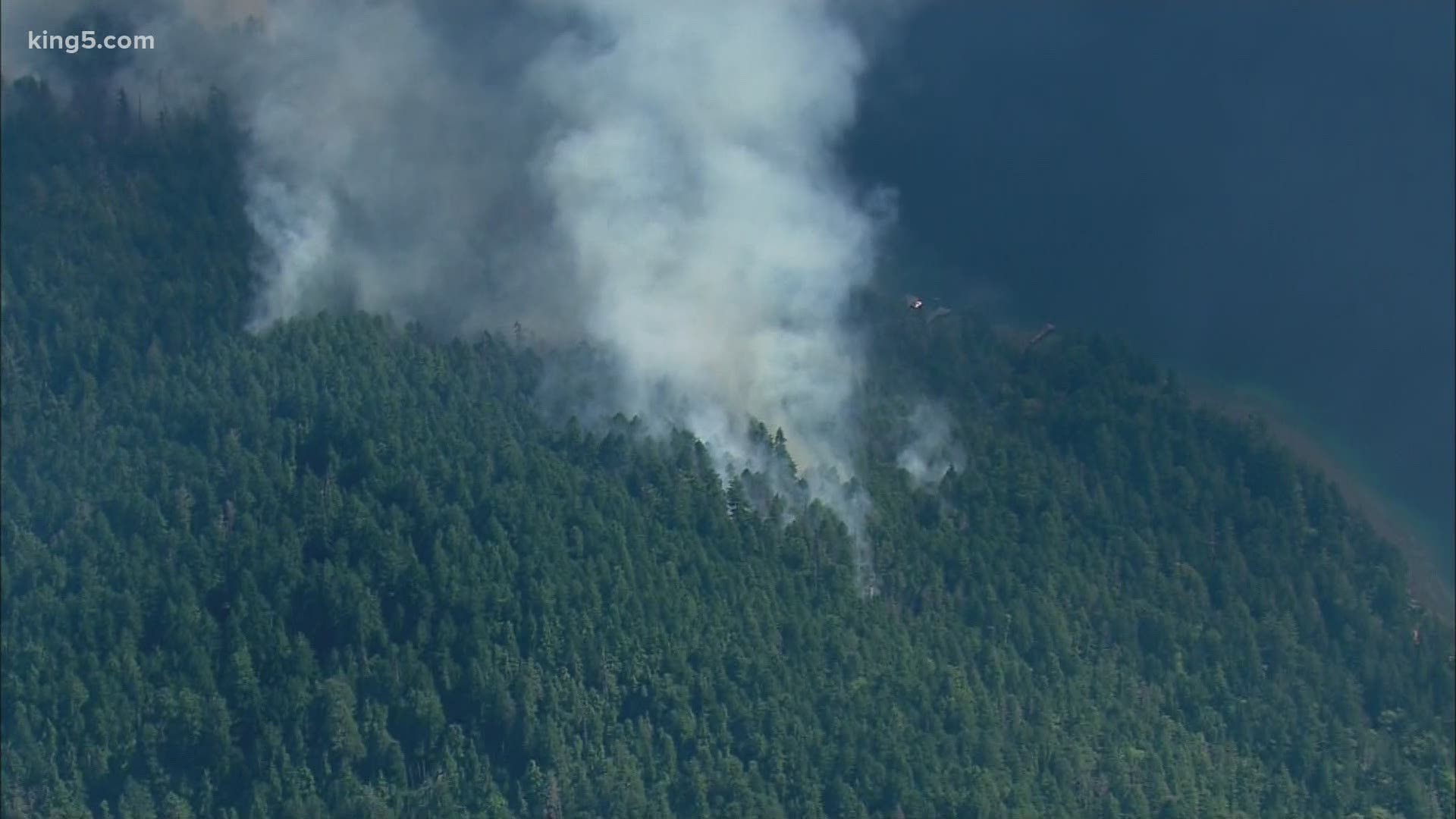 WASHINGTON, USA — Fire danger is high on both sides of the Cascades according to the Department of Natural Resources (DNR), and they warn warm dry conditions could escalate the danger in the coming weeks.

As crews battle the 200-acre Coulee Meadows Fire in Douglas county another 65-acre fire rages on the west side of the Cascades.

The East Beach Road fire near Lake Crescent in the Olympic National Park is believed to be “human-ignited” though DNR does not yet know the exact cause.

“Fireworks or campfires or sparks from recreational type equipment, all of those things we need to be hyper-aware of any sparks or any kind of out of control fire activity that could manifest from just when we’re out recreating,” said Josh Clark, the state fire meteorologist for the Department of Natural Resources.

Though man-made, the East Beach Road fire is proving to be a tough one to put out.

“This fire is going to be a long-term fire. It’s in some thick, heavy debris, and we’re really trying to get some firefighters in safe locations so we can extinguish this fire safely,” said Nick Cronquist with the Incident Management Team.

It’s hard to fight not only due to the rugged terrain on the Olympic Peninsula but because we’re also battling a pandemic.

“We would normally try and add more crews, but we just can’t bring that type of numbers into a camp where we’re really required by numbers which adds to the time,” said Kevin Griffee, the safety officer of the Incident Management Team.

While most fires have been small so far this season, it’s one of the busiest they’ve seen in a decade, according to DNR.

“DNR has responded to 951 incidents this year we’re already 100 fires above normal in the last 10 years for this year,” said Clark.

“We get vegetation over here that is just as receptive as the east side in summer. This is going to be Scotch broom and your grasses along I-5, not so much widespread but the potential for catastrophic damage, homes burned, structure loss the things that we care about is arguably greater over on the west side,” said Clark.

The Incident Management Team fighting the East Beach Road fire near Lake Crescent added they’ve run into problems due to boaters on Lake Crescent. They asked that anyone on the water make room and be aware of helicopters and planes collecting water from the lake to help extinguish the fire.

RELATED: How to prepare for a wildfire evacuation during the COVID-19 pandemic

RELATED: Washington state preparing to fight wildfires in the time of coronavirus 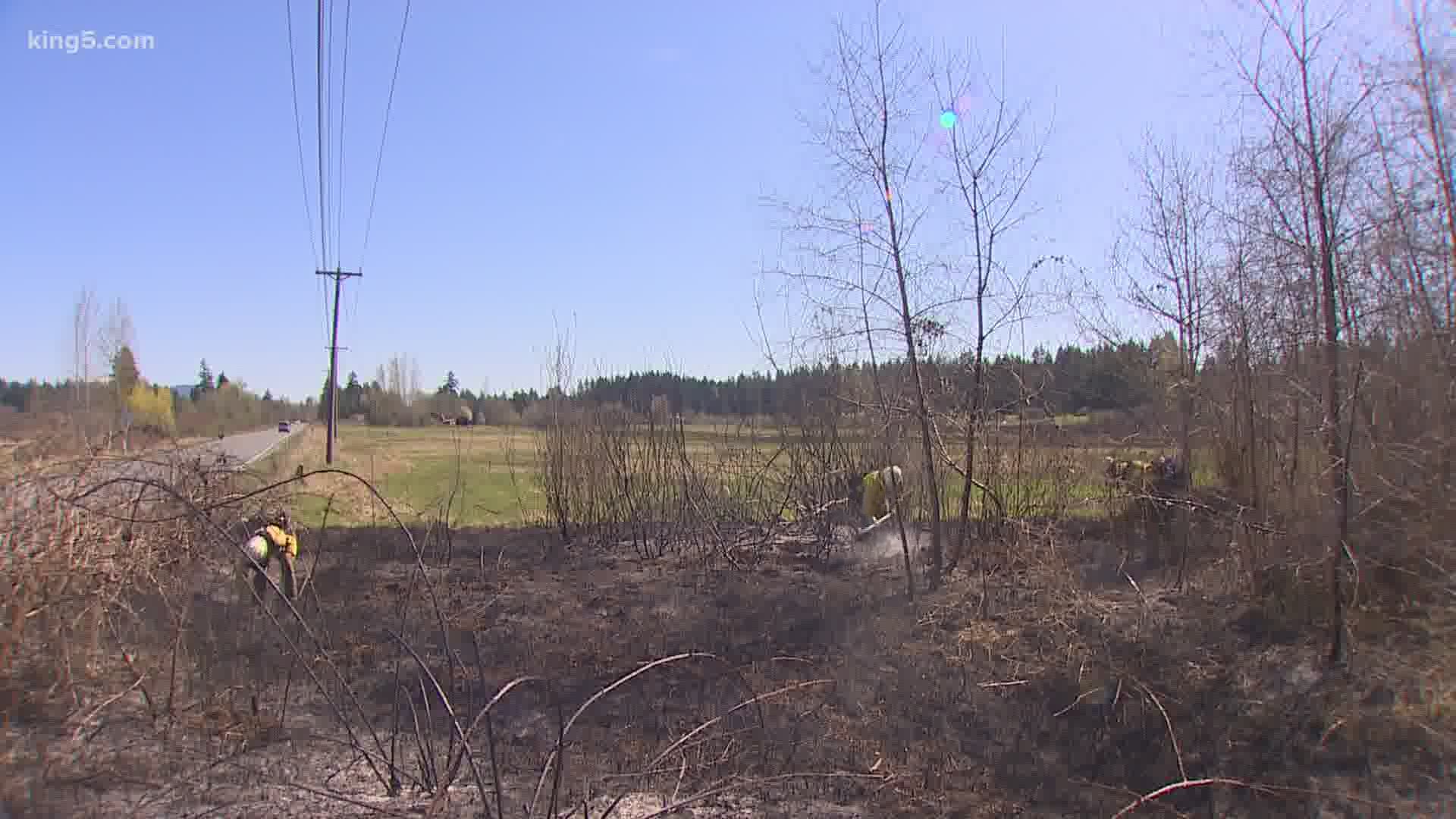