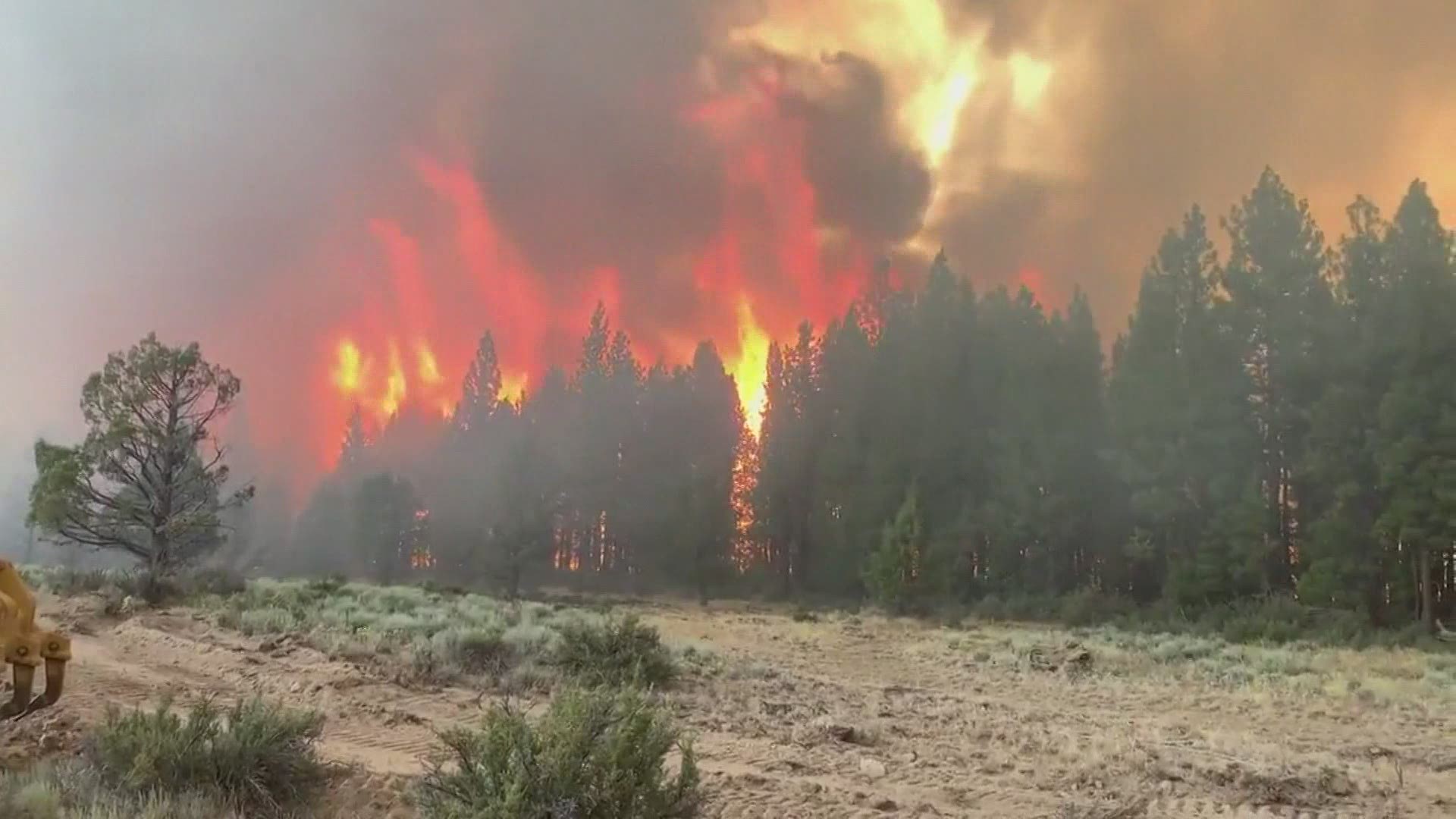 Numerous firefighters based in western Washington have traveled to Oregon to assist the nearly 2,000 personnel who are battling the massive Bootleg Fire. As of Saturday morning, the wildfire has burned more than 281,200 acres and was 22% contained.

Eastside Fire and Rescue sent seven of its firefighters to help battle the Bootleg Fire.

"Right now we have a brush rig with three firefighters on it down in Oregon," said firefighter Cody Van Hoof. "We have a tender [truck] with two firefighters. And then, we also have some line personnel down there doing some overhead stuff on incident management teams."

Even with this group in Oregon, they're still able to meet the needs at home in western Washington. "We just backfill the stations with off duty personnel. They come in and fill in those spots when they're gone," said Van Hoof.

The Tulalip Bay Fire Department sent three of their firefighters to Oregon. Firefighter Collin Chavez said they did so with the prayers and support of the tribal community.

"We're proud to go and represent the Tulalip tribes," said Chavez. "They backed us every step of the way and we definitely couldn't do it without them."

Firefighters from all over the country will respond to wildfires like the Bootleg Fire.

KING 5's sister station, KGW in Portland, spoke with the Oregon Department of Forestry about the resources being called in to help fight the Bootleg Fire.

Chavez said responding to fires like the Bootleg in other states is nothing new. "It's just what you kind of accept as part of your responsibility and it's an honor," said Chavez.

Van Hoof has spent time fighting fires in other states and said crews are often working 14 to 16 hours a day.

"You have a moment's notice to leave, and you can be gone for 18 days," said Van Hoof. "When you get on the line, you could be working in an area that you're not familiar with, and temperatures that are extreme, anywhere from the triple digits to very high winds, relatively low humidity, doing a lot of structure protection. You're working generally about 14 to 16 hours a day."

"The fires we're seeing up here are starting to look a lot like fires that we see in southern California, or we see in eastern Oregon or eastern Washington. So you could take each one of those fires and take some, you know, something you learned from that and bring it back to the Issaquah community," said Van Hoof.