According to the Northwest Interagency Coordination Center, on July 19, 2020 Washington state had 6 large wildfires. But July 19, 2021, it's reporting 17. 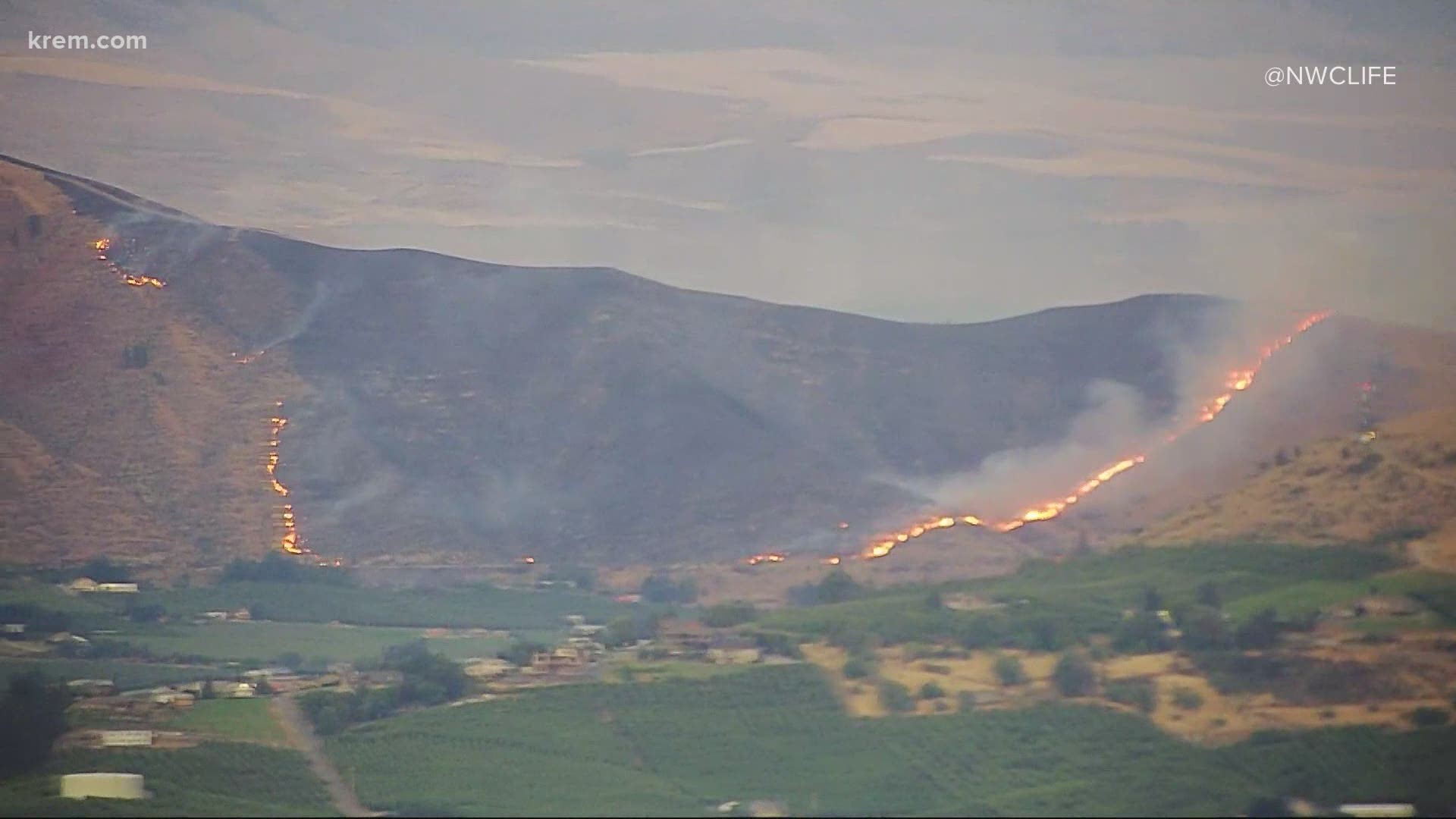 So how does this wildfire season, so far, compare to last year?

According to the Northwest Interagency Coordination Center, on July 19, 2020 Washington state had 6 large wildfires. But July 19, 2021, it's reporting 17.

That means fire crews are responding to more large fires, earlier in the season.

Carol Connolly with the NWCC said it is not common for Washington to see so many large fires burning in July.

"We have over 66 firefighters and support personnel in Oregon and Washington," Connolly said. "We have a lot of moving parts. We have a lot of teams here. We don't typically see that in July, doesn't mean it hasn't happened before. So the challenge is, how do we sustain this as we move through the summer?"

Here's a look at where the current large fires are burning in WA as of this morning. There are 17 large fires in WA.
MAP 📸: @NWCCInfo. @KREM2 #WAwildfire pic.twitter.com/VIWskal0vX

Connolly said this spike in fires this season is due to extreme conditions.

"We've been in a drought, temperatures, we haven't had moisture, wedding, moisture, rain, all of those factors go into it."

This season, she expects the number of fires to balance out heading into August.

Connolly added that humans remain the most common cause of wildfires last year and now.

"You know, every human caused fire takes critical resources and valuable equipment away from the fires we can't prevent," Connolly said. "And that's why a lot of units have fire restrictions in place."

Looking ahead to the next three months, the NWCC predicts Washington will remain hot and dry with additional lightning activity in eastern Washington.

"There isn't a huge relief in sight," Connolly said. "We just have to work with what we have and hope that the ignitions, or the lightning that comes through, isn't effective, meaning that it skips us."