Most of Washington state is under a drought advisory: Officials worry for wildfire season

An area is considered to be in a drought when it receives less than 75% of its normal water supply. 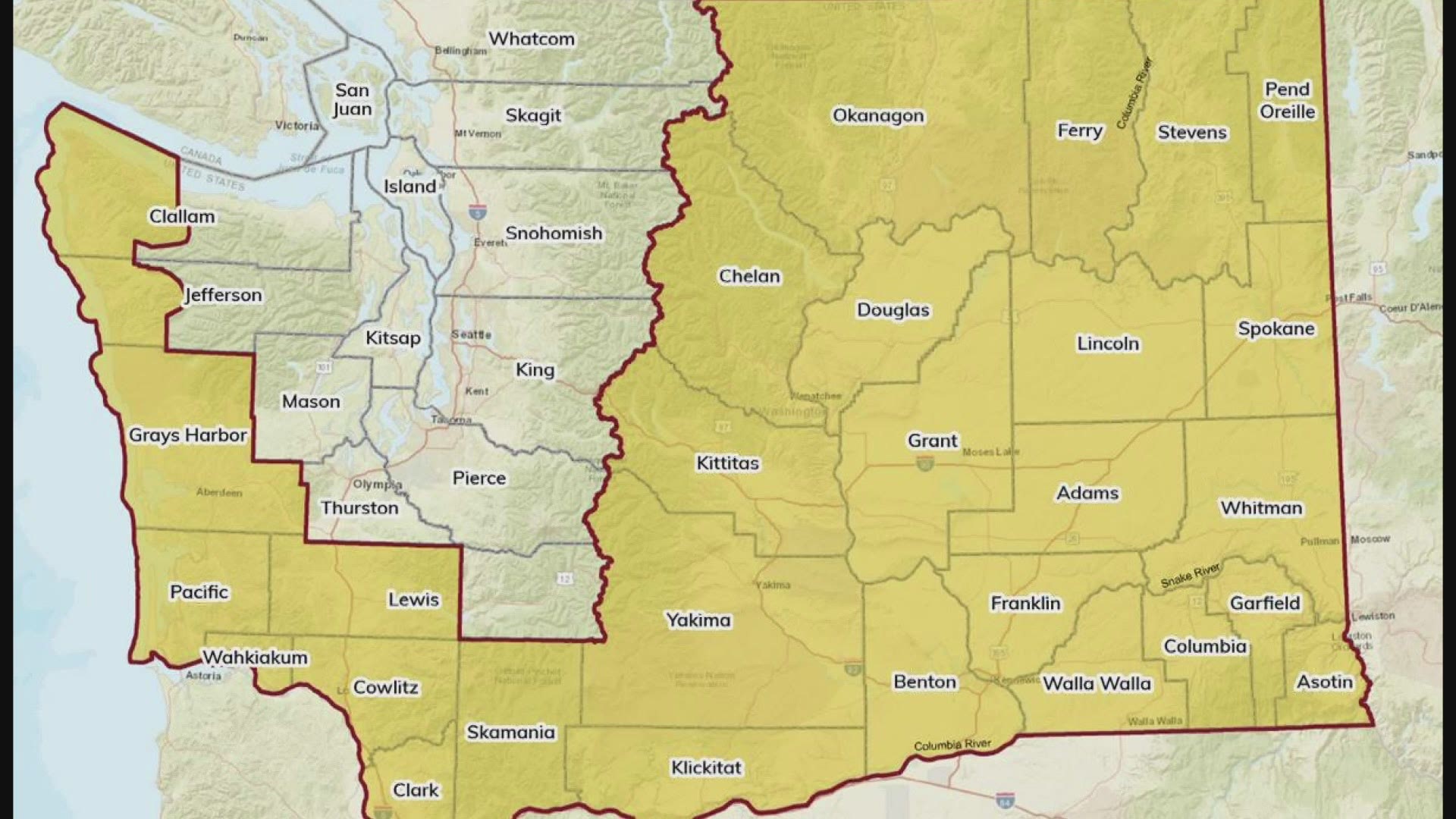 OLYMPIA, Wash. — For the first time, the Washington State Department of Ecology issued a drought advisory map, and most of the counties in Washington are on it.

This is the first time a map has shown a combination of where the state is already at and how conditions are expected to change as spring turns into summer. The map shows an early warning, covering most of the state, that drought conditions are developing.

"Our drought definition is that an area is expected to receive less than 75% of normal water supply,” said Jeff Marti, the water resource planner for Ecology.

Marti said the maps provide an additional perspective to the Federal Drought Monitor that looks at past and current conditions and various climate forecasts from the National Oceanic and Atmospheric Administration.

Already, March and April represented the fourth driest period on record for Washington state since 1895. That's part of a worrying trend for Commissioner of Public Lands Hilary Franz, who heads up the Department of Natural Resources, the biggest fire department in the state.

In the past three years, more than 40% of the state's wildfires have sparked on the west side of the Cascades.

"This is alarming and unsettling," Franz said, adding that wildfire trends are moving in the wrong direction. "Already 225 fires in the month of April, up from 160 last year. And the 10-year average is around 53."

How is Washington already seeing drought conditions when the 2020-2021 snowpack was one of the healthiest on record?

"Not all watersheds benefit from snowpack," Marti said.

Snowpack benefits counties whose river systems are primarily fed by snowmelt. Counties from Whatcom to Thurston, up from the west side of the Puget Sound and along part of the Strait of Juan de Fuca are not considered at risk in the drought advisory for this reason.

However, some communities that depend on wells, like Forks, are already seeing their groundwater levels drop.

And what about counties east of the Cascade Crest?

Although they get snowmelt, the lack of rain on the eastern slope of the Cascades has already put that region in a drought situation. In addition to the increased threat of wildfires, Marti said dryland farmers are already having trouble while that same snowpack is keeping reservoirs full for farmers who irrigate, even those who get junior water rights.