Washington state has already seen more than 200 wildfires so far in 2021. The ten-year average for wildfires around this time of year is 53, according to the DNR. 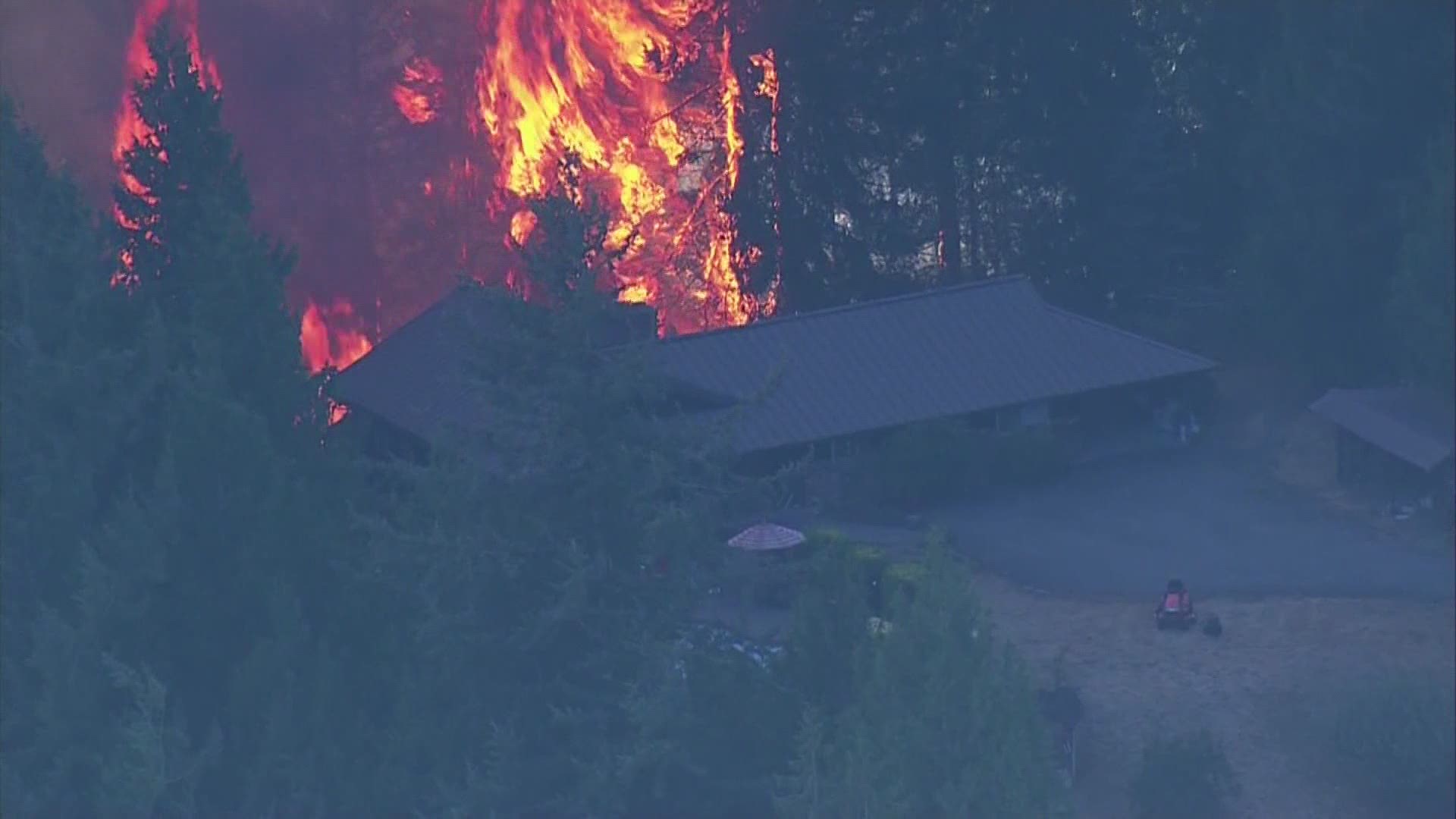 BONNEY LAKE, Wash. — Western Washington fire officials and lawmakers are urging residents to get prepared ahead of wildfire season.

Washington Representatives Kim Schrier and Marilyn Strickland hosted a press conference Wednesday with Pierce County fire officials who emphasized the importance of creating a "defensible space" around homes ahead of a projected warm and dry summer.

"Many times you would hear that, well, fire is an eastern Washington problem, and as the western side has learned, no, it can happen here too," Geissler said. "I always tell everyone that normal is changing, and it's something we need to prepare for."

Washington state has already seen more than 200 wildfires so far in 2021. The ten-year average for wildfires around this time of year is 53, according to Washington Commissioner of Public Lands Hilary Franz.

The Sumner Grade Fire burned nearly 500 acres in Pierce County in 2020. Two homes were destroyed in Bonney Lake. The fire is still top of mind for many Pierce County fire officials as wildfire season approaches.

"Last year we experienced something very different with the Sumner Grade Fire. We were made aware we're not immune to large-scale fires, and the impacts that come along with that," said East Pierce Fire and Rescue Chief Jon Parkinson.

How to prepare for wildfire season:

Parkinson recommends residents create a "defensible space" around their home which can create a barrier between their property and approaching fires.

To create a defensible space, homeowners should:

Residents should also be familiar with the evacuation levels fire officials may use when wildfires approach populated areas.

Those evacuated should make sure they have a reliable way to receive updates and information. Fire officials recommend tuning in to local news organizations and following local fire departments on social media.