A total of 31 departments traveled to California to assist with several wildfires burning in that state. 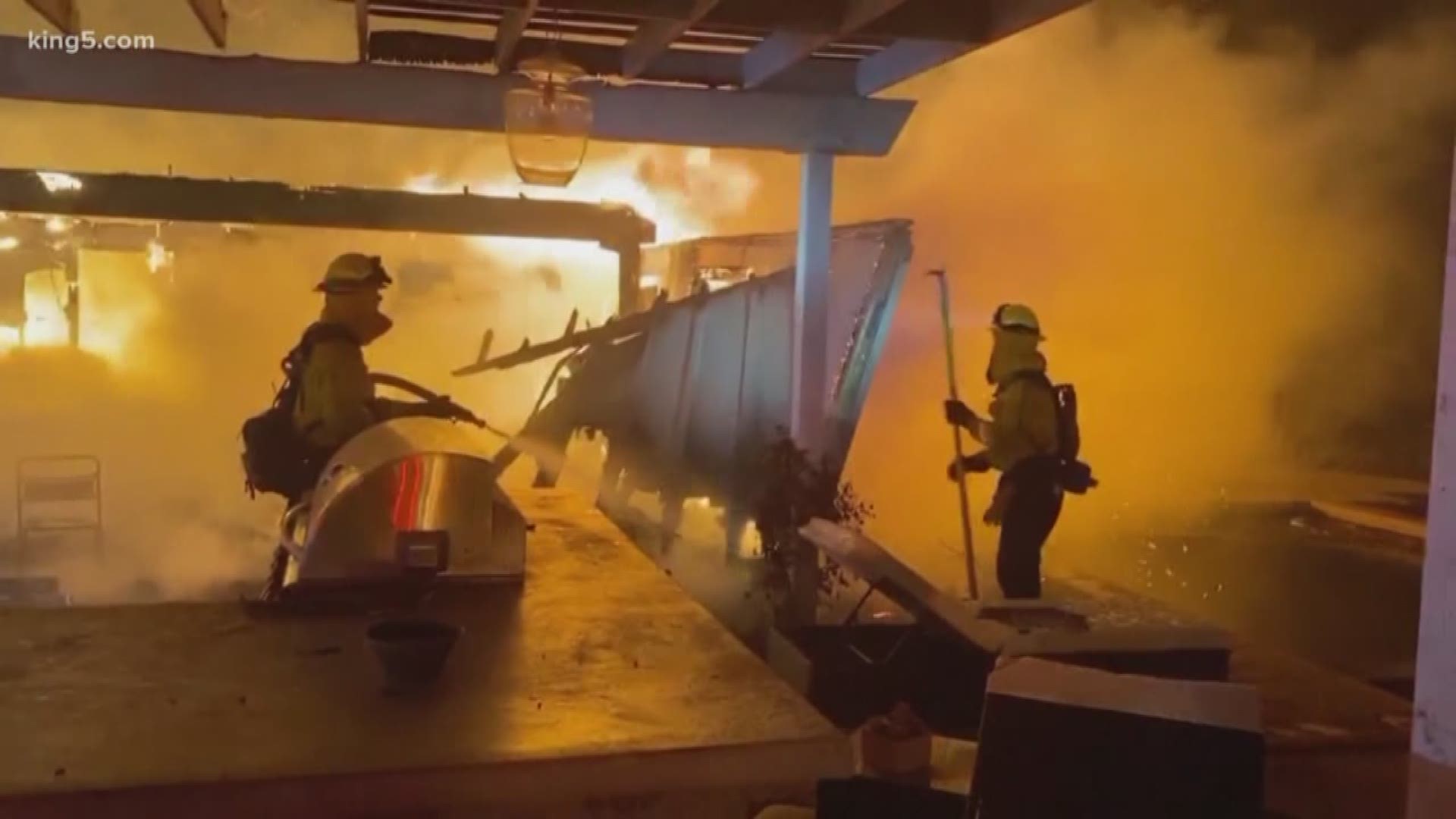 A multi-department force led by Eastside Fire & Rescue, which was one of seven strike teams organized by Washington state, was one the road Monday afternoon. Another crew from Lacey returned overnight.

Jeff Storey, who is leading the Eastside team, spoke to KING 5 from a stop in Redding, Calif. His team spent their time fighting the Kincade fire in Sonoma County.

“We run 12 hours shifts, which usually turn into 14.5-16 hour days,” Storey said. “We were assigned to do mop up around structures, that was our priority.”

“Biggest thing on my mind is making sure everyone gets home safe,” Storey said.

A total of 31 departments from Washington state deployed to California, according to state officials.

Storey shared pictures of the damage the team encountered. He said they were also struck by the power of wind when propelling wildfire.

“In talking to some of the homeowners, ranchers, they were saying winds were clocked at 92 mph on his ranch,” said Storey. “There’s nothing you can do, you can build a fire line as wide as you want, want, but when the wind’s blowing embers that fast, you just need to get out of the way of it.”

That lesson, though not new, is one he’ll bring home to Washington.

“We don’t get the wind events up there like they do down here with the Santa Ana winds, but when we do get wind events it’s definitely something to pass on to the rest of the crews,” he said.

Storey expects the 19 person team to arrive back in the Seattle area Tuesday afternoon.