Many Washington state firefighters will be arriving in California over the next two days to help fight the Kincade Fire and the Getty Fire. 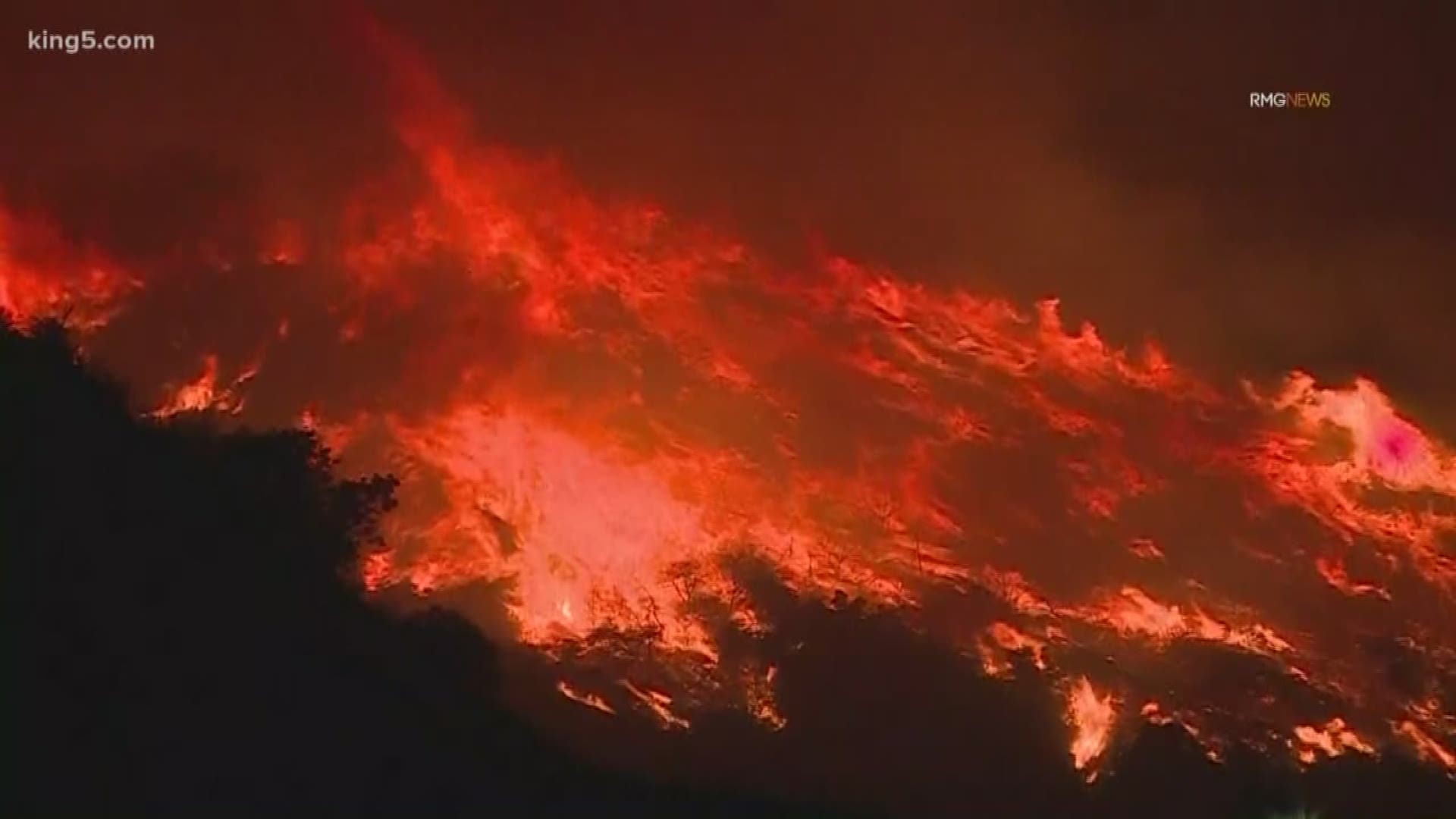 Dozens of Washington fire departments and districts are sending crews to help fight wildfires in California.

A strike team of six from Eastside Fire & Rescue, along with several other agencies from the northwest region, sent crews and equipment to California Monday morning.

"Once the crews go to work, they're intense, they go about their business and that's what they go for, they want to go to work," said McDaniel.

Fire Chief Steve North with the McClane Black Lake Fire Department in Olympia spoke with KING 5 by phone as he was heading to California.

"Any time citizens are in need, we're more than happy to answer the call," said North. "We are honored to be able to be in a position to help."

Puget Sound Energy also sent 10 substation employees to assist with inspection and damage assessment after power shutoffs were implemented due to fire risk. The workers arrived in Redding, California on Saturday and were mobilized to Napa, California, according to PSE spokesperson Andrew Padula.

Pacific Gas & Electric, which implemented the shutoffs, requested help in the Western Regional Mutual Assistance Group, which PSE is part of, according to Padula.

The fire that broke out last week amid Sonoma County's vineyards and wineries north of San Francisco grew to at least 103 square miles, destroying 94 buildings, including 40 homes, and threatening 80,000 more structures, authorities said. Nearly 200,000 people were under evacuation orders, mostly from the city of Santa Rosa.

In Southern California, the blaze on the west side of Los Angeles erupted before dawn Monday and roared up slopes into wealthy neighborhoods, threatening thousands of homes. Tens of thousands of people were ordered to clear out.

Los Angeles Mayor Eric Garcetti said that the fire had grown to 500 acres and that he had seen five burned homes. Fire Chief Ralph Terrazas said he expects the number of homes destroyed to climb.

Fire conditions statewide have made California a "tinderbox," said Jonathan Cox, a spokesman for the California Department of Forestry and Fire Protection. Of the state's 58 counties, 43 were under warnings for high fire danger Sunday, with flames driven by gusts that reached more than 102 mph.

California Gov. Gavin Newsom declared a state of emergency over the weekend.