Money for a proposed Washington wildfire fund would come from a surcharge on homeowner's and car insurance policies. 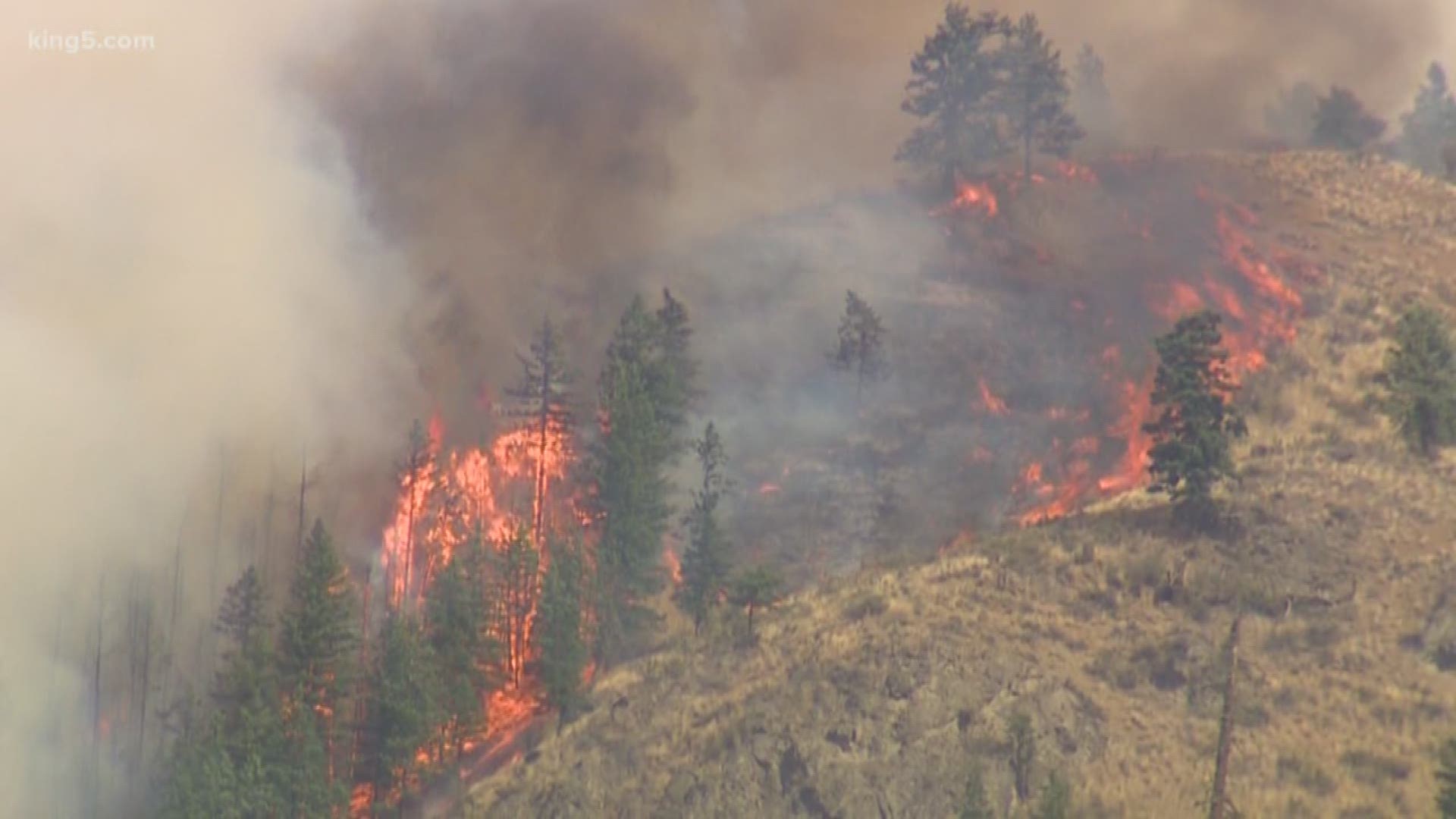 OLYMPIA, Wash. — The state’s commissioner of Public Lands wants to raise $63 million each year to fight wildfires and take steps to prevent them in the first place.

Commissioner Hilary Franz said Monday’s proposal would be the largest investment Washington has ever made to expand its wildfire team and restore the health of forests.

"Wildfire poses a clear and present danger to health of Washington's people, our environment, our economy, and our firefighters," said Commissioner Franz. "It is our responsibility to come together with a great purpose and enthusiasm to say we will not let that be our fate."

The bill will be introduced in the state House of Representatives by Rep. Joe Fitzgibbon, D-West Seattle.

Money for the fund will come from a surcharge of $5 per year on each policy sold by property and casualty insurance companies across the state. Franz estimated it will cost the average household about $1 per month, based on one homeowner’s policy and two auto policies.

A similar proposal, introduced during this year's legislative session, did not make much progress.

The insurance lobby raised concerns, and Kenton Brine, President of the Northwest Insurance Council, said his organization will fight it again.

He said insurance policyholders should not have to pay for a statewide public safety concern.

Brine also said the public is not excited about new taxes right now.

"One week the local government says we're going to overturn the car tabs initiative and the next week Olympia says, 'Merry Christmas, we're going to raise your insurance costs.'"