The state Department of Natural Resources (DNR) recorded 31 new fires in the last 24 hours, some in remote and difficult terrain. 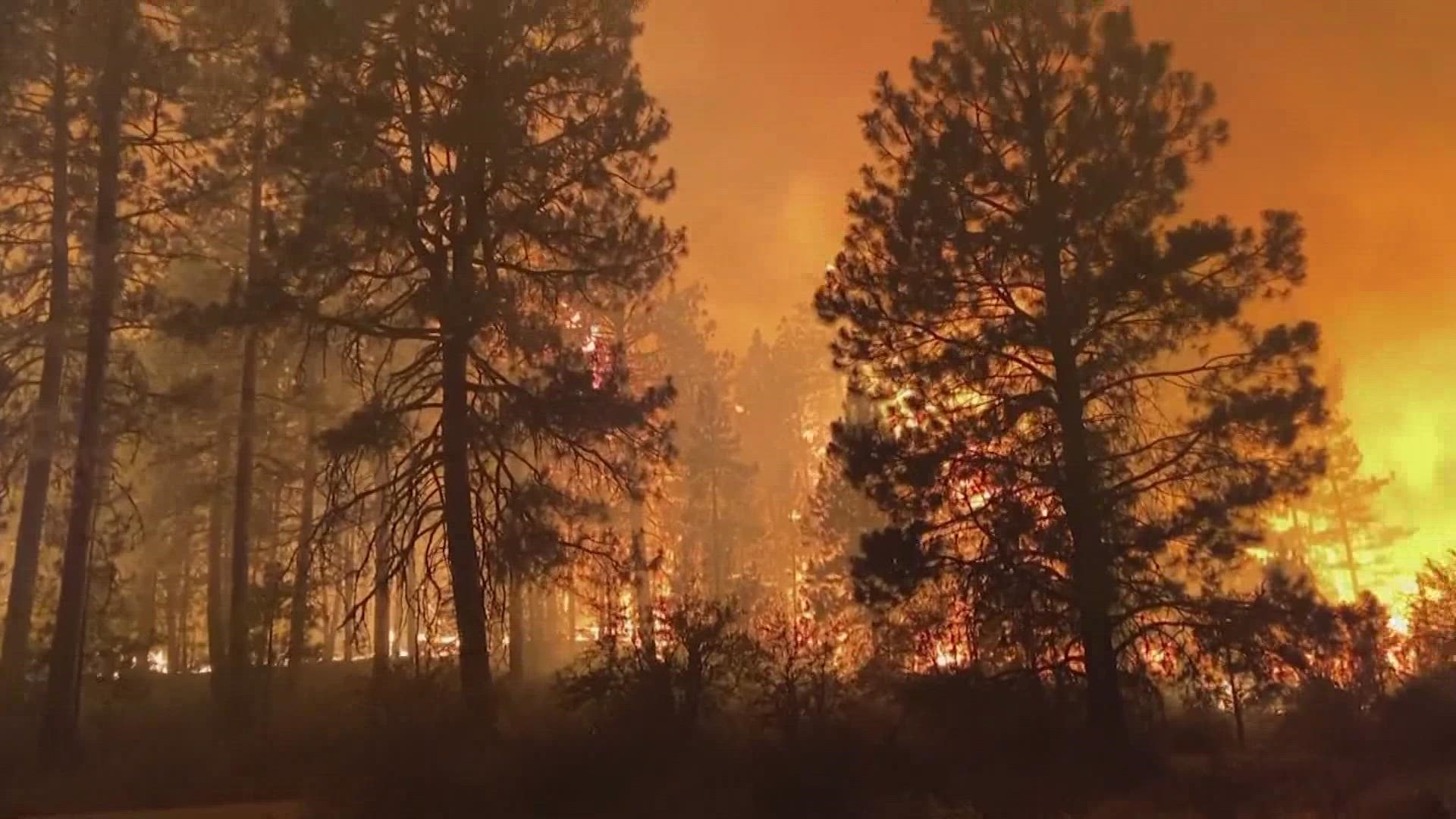 SEATTLE — Thousands of lightning strikes in Washington Tuesday sparked dozens of fires, officials believe, with the possibility of more yet to be discovered.

The state Department of Natural Resources (DNR) tweeted Wednesday evening that there have been 56 "open incidents" and counting, including 31 new fires in the last 24 hours and 25 smoke checks. On a typical day this time of year, the DNR sees 10 to 15 open incidents, officials said.

Many of the fires are burning in remote and difficult terrain. You can view those on the map here, indicated with a blue box. The majority are believed to be caused by lighting, with nearly 1,400 recorded strikes as thunderstorms crossed the state.

It’s an inopportune time for severe weather as drought and heat have left exceptionally dry fuel conditions across Washington, amplifying the danger of wildfire.

“We're at the time of year where any additional fire that gets thrown onto the landscape is a challenge to meet with resources that are spread decently thin,” said Thomas Kyle-Milward with the DNR. “We have all of our assets are engaged in the wildfire effort right now, either pre-positioned for the next flare-up or actively engaged in suppressing the ones that we do have.”

Though the majority of fires are human-caused, lightning presents its own issues.

“It adds a level of unpredictability as far as where those fires are going to spring up on the landscape, how severe they’re going to be and how fast you can get resources to them,” said Kyle-Milward.

Lightning-caused fires can also start in difficult, steep or inaccessible terrain for hand crews. The other threat – “sleeper fires,” or slow-burning ignitions that might not be large enough to immediately spot, but spiral out of control if wind increases in the days following.

The DNR will be running surveillance flights to look for additional fires this week, Kyle-Milward said. He said they hope not to see a repeat on Thursday with a chance for Thunderstorms on the east side of the Cascades and from Mt. Rainier further south.

Most of the recent fires remain small. Six major fires are currently burning in Washington, according to the DNR.