Wildfire smoke from Oregon and California is expected to reach King, Kitsap, Pierce, and Snohomish counties and is expected to further worsen our air quality. 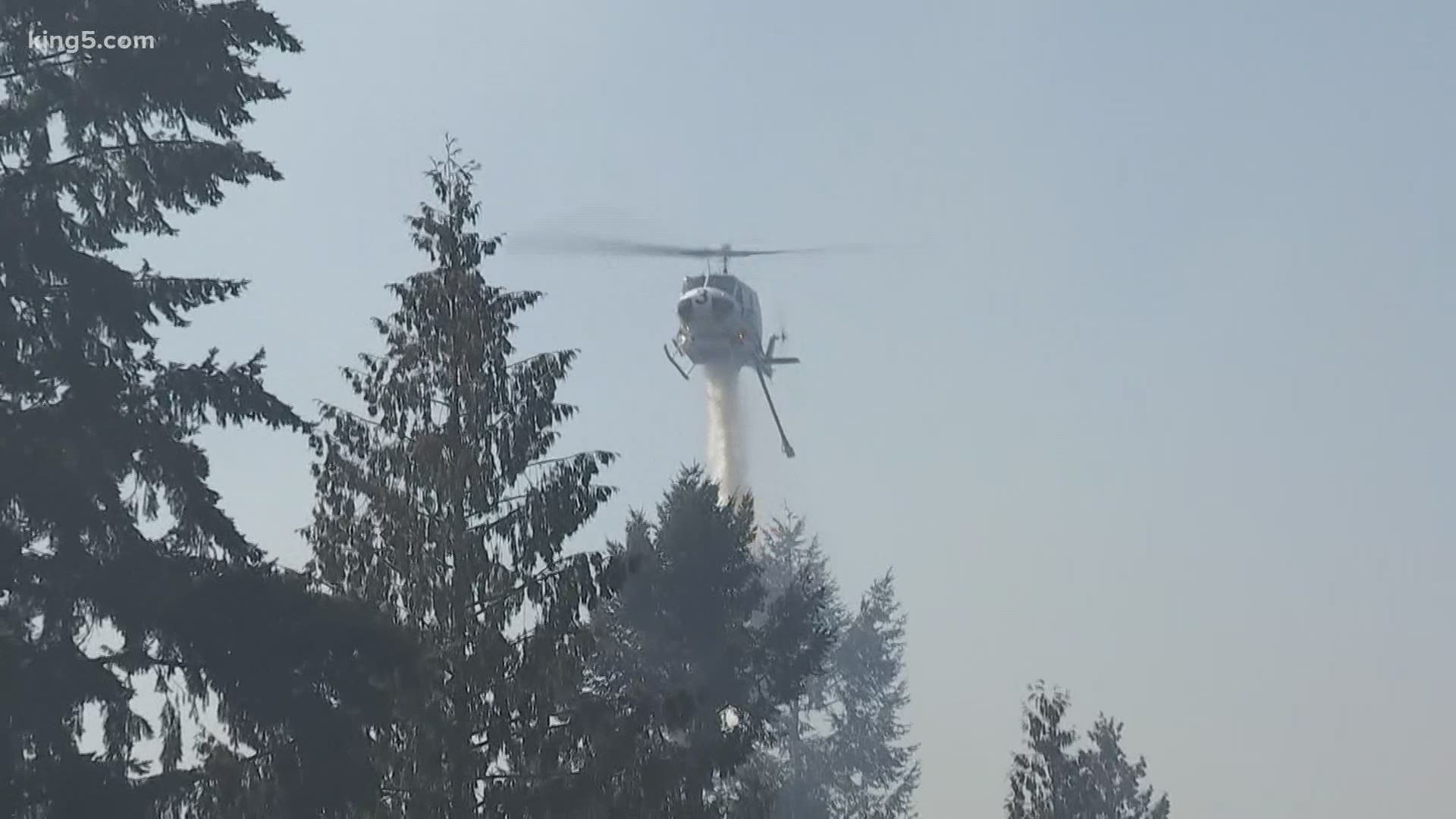 The air quality for the Puget Sound region could get worse before it improves.

Wildfire smoke from Oregon and California is expected to reach the area by Thursday night.

Air in much of the region could reach unhealthy levels for everyone by Friday morning, according to the Puget Sound Clean Air Agency. Current air quality conditions range from moderate to unhealthy for sensitive groups.

The Columbia Basin and Spokane could be impacted as well, according to state officials.

The smoke could stick around through the weekend.

As of noon on Thursday, the air quality was unhealthy for sensitive groups. 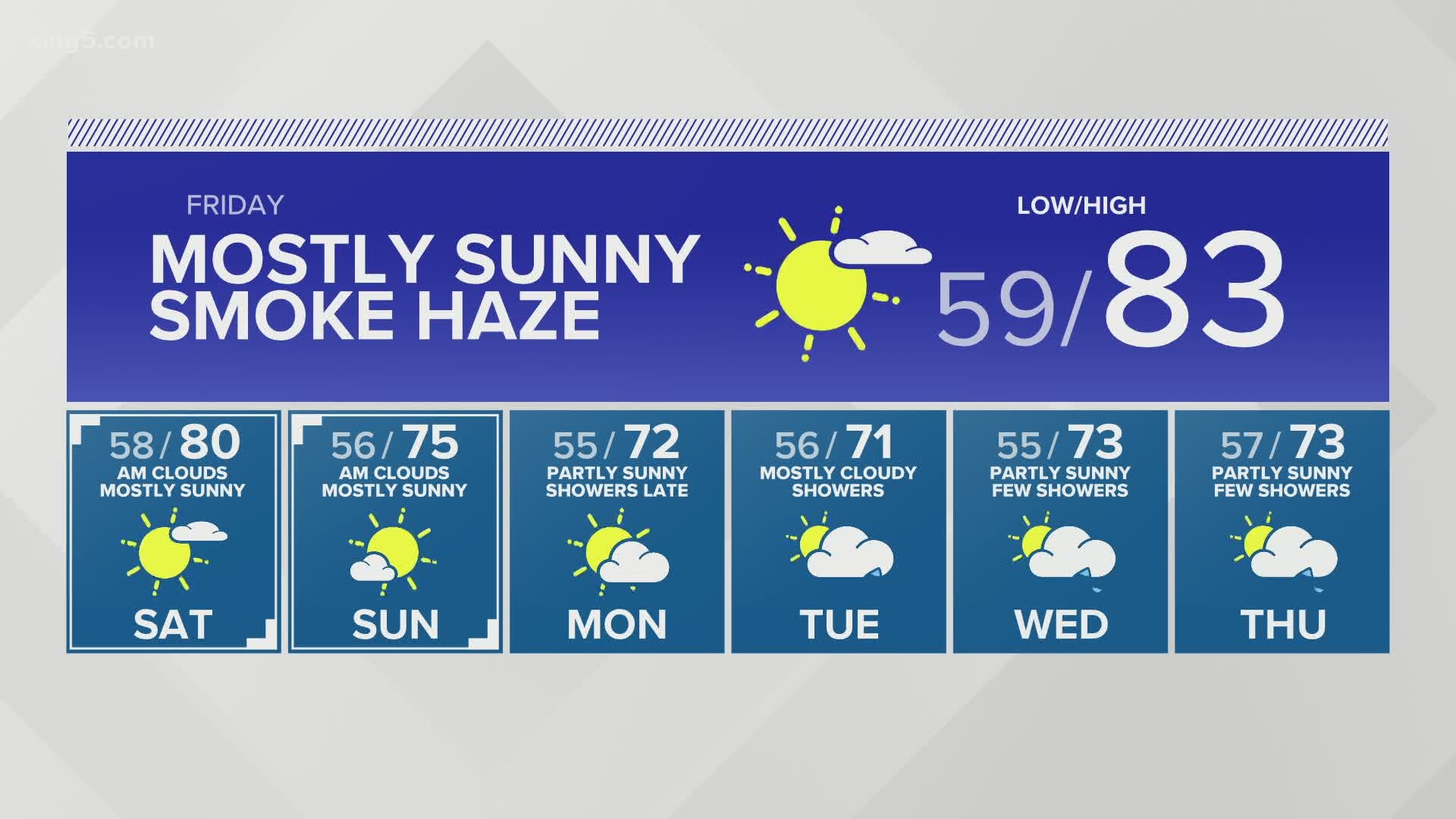 The Clean Air Agency advises people should limit their time outdoors. Windows, according to officials should remain shut if possible to keep indoor air clean.

Winds have been offshore recently, bringing in smoke from eastern Washington fires the past few days. Those winds will be shifting to southwest, which will carry in smoke from Oregon, according to KING 5 Meteorologist Rich Marriott.

Air quality may start to improve early next week when the rain arrives.