The Schneider Springs Fire is more than 105,000 acres and may not be fully contained until Oct. 31. 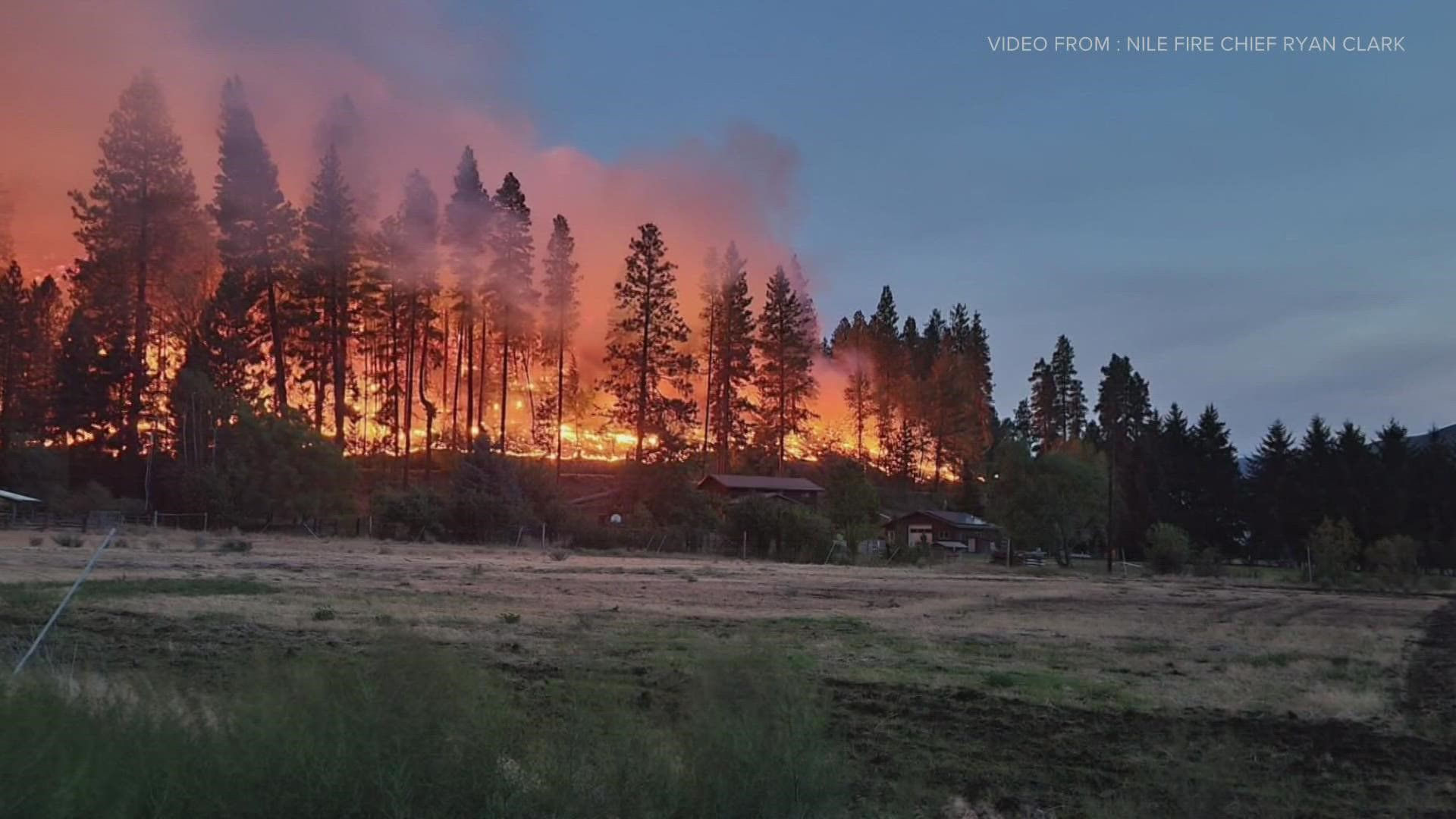 NACHES, Wash. — All evacuations for the Schneider Springs Fire in Yakima County were lifted Wednesday as crews continue fighting to contain the megafire, according to Yakima Valley Emergency Management. US Forest Service closures are still in effect.

With record temperatures and dry conditions, the flames were able to spread quickly in heavy timber and dead trees along steep terrain that was difficult to access, according to the Forest Service.

The Schneider Springs Fire isn’t estimated to be fully contained until Oct. 31, according to InciWeb.

There are 481 fire personnel working the fire as of Monday. The Forest Service said that the fire is being managed under a full suppression strategy. Due to a large number of fires nationally, the number of firefighting resources is limited.

Crewmembers and resources will shift around the fire to areas where they will have the greatest success in limiting fire spread and protecting communities.

The 2021 fire season has wreaked havoc, not just in Washington, but across the entire country.

Experts said that fires are not only increasing in number but in size as conditions continue to get warmer and drier.

“There’s a pretty steady trend of increasing fire activity over the last 10, 20, 30 years,” said Brian Harvey, an assistant professor in the University of Washington’s School of Environmental and Forest Sciences.

One area he studies is how the landscape recovers from wildfire, and he says the Schneider Springs Fire is one that he expects will be examined.

“With the Schneider Springs Fire, or any other fire that’s over 100,000 acres, again, it’s an attention-grabbing number, but it’s not necessarily the size that’s the biggest concern. It’s if a lot of that fire is burning at high severity,” Harvey said.

Fires can burn in a matrix, he said, with some parts of the fire burning more intensely than others. But a major area of interest in intensity is how much of that has to do with the buildup of fuel on the forest floor from a century of fire suppression. Those fuels include dead and downed branches, needles, grass, bushes and small trees that, when lit on fire, act as ladders getting higher and higher into the larger trees. While the tallest trees had survived centuries of low-intensity and moderate-intensity fires, they are now dying in these conditions.

Megafires are not new.  The Yacolt Burn in southwest Washington in 1902 is estimated to have been at least 250,000 acres and could be four times as large.

But starting with the Yacolt Burn, the 20th century only saw five megafires in Washington state. Now in the 21st century, the Schneider Springs Fire is the 11th, more than twice as many large megafires -- in one-fifth of the time.