Jacob and Jamie Hyland and their baby were trying to flee from the Cold Springs Fire in Okanogan County, authorities said. 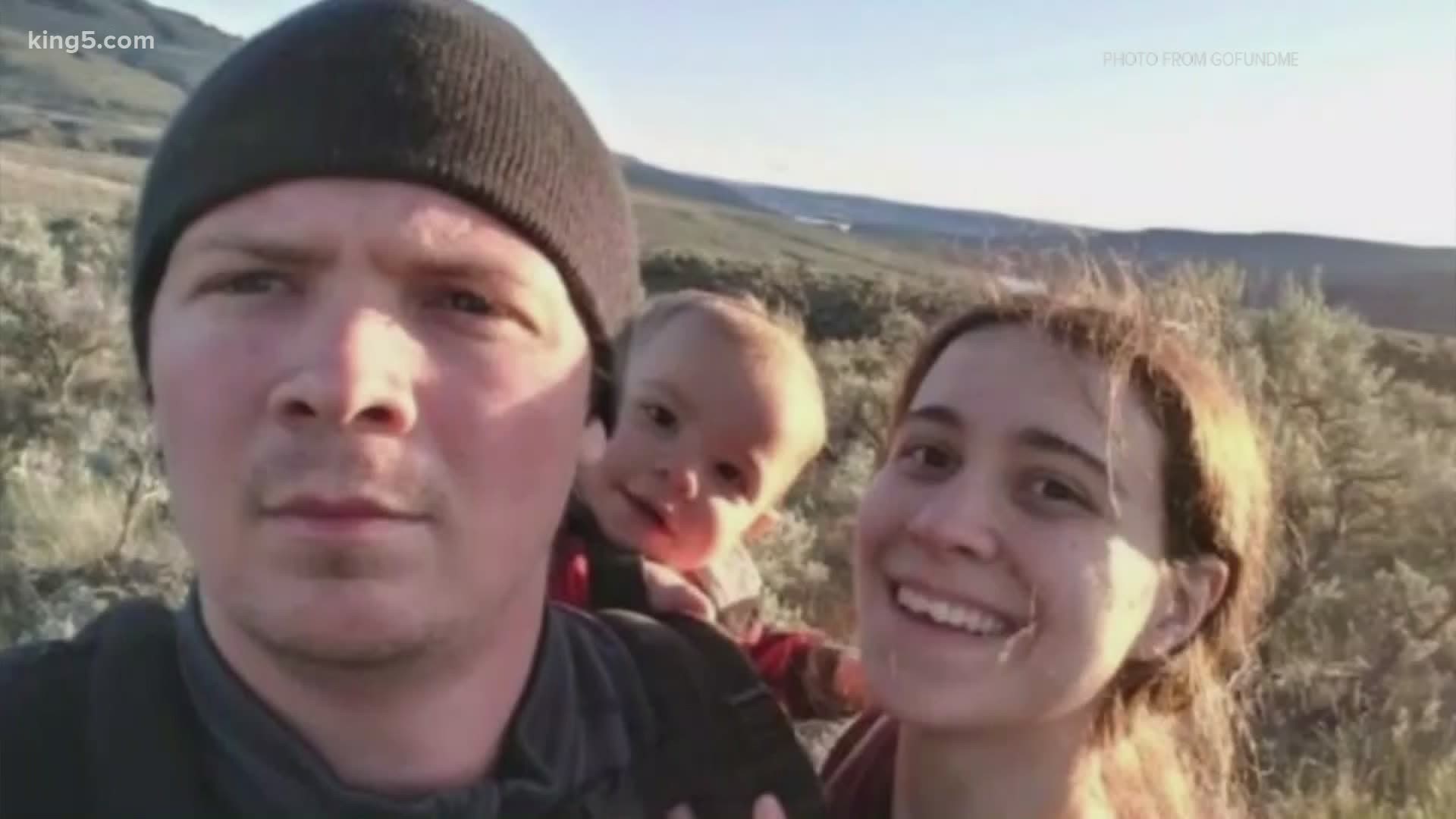 A one-year-old child has tragically passed away and his parents were severely burned by the Cold Springs Fire in Okanogan County. The fire has burned approximately 163,000 acres near Omak and has zero containment.

The sheriff's office received a call about the missing family at about 3:30 p.m. on Tuesday, Sept. 8. They were last known to be in the area of Cameron Lake Road and Paxton Canyon Road near Okanogan.

According to Hawley, a deputy learned that the family's vehicle was found burned and wrecked but unoccupied. The family was trying to leave their property to get away from the Cold Springs Fire, Hawley said.

A GoFundMe campaign created for the family says they may have been caught in the Cold Springs Fire at about midnight on Sunday. More than 800 people have already donated over $63,000 to the fundraiser as of Wednesday evening.

The fundraiser's organizer, who is a family member, said 100% of donations will go to Jake and Jamie.

Search-and-rescue crews found the couple and child along the bank of the Columbia River on Wednesday morning, according to Hawley. The family was taken by boat to Bridgeport State Park.

The victims were taken to Three Rivers Hospital in Brewster. The couple was later flown to Harborview Medical Center in Seattle, where they are in critical condition and receiving treatment for third-degree burns. Family member said doctors have told the couple that they are young and may be able to fight back from the severe burns.

Their one-year-old son, Uriel, was deceased when search-and-rescue crews found the family.

According to their GoFundMe page, Jake will need surgery on his arms but he also burns to his chest and face. Jamie had surgery to her arms already and most of her burns are to her upper body, a family member said. Jamie has burns over 30-40% of her body. Jake has burns to about 15% of his body.

Detectives with the sheriff's office and Colville Tribal Police Department are investigating the child's death. Hawley told KREM's Taylor Viydo that the child's death is technically being investigated as a homicide for now since the fire could have been human-caused.

"If it's a human-caused fire, that goes into criminal charges for the death investigation as well. This child would not be dead without this fire beginning," Hawley told KREM 2.

Speaking with the Okanogan County Sheriff about the sad situation surrounding the Hyland family and the death of their one year old son due to the Cold Springs Fire.

The sheriff calls the boy’s death a tragedy. pic.twitter.com/QkntrlWlER

“I came out to Malden to see first-hand the devastation of the wildfires that erupted across Washington state over Labor Day weekend. Many homes and buildings were lost throughout the state, but the relief I felt in this tragedy is that we hadn’t lost any lives. That tragically and horrifically changed today.

During every fire season, I wake up each day praying we will not lose a single life — civilian or firefighter. To be honest, it’s horrible that we must base so much on prayer.

My team at DNR and the firefighting community all across Washington will continue working as hard as we can to protect lives and communities. But I need every single resident of Washington to care about this. Not just today, but tomorrow, and every day until we have the resources to protect our communities and protect our firefighters.”