The Chelan County sheriff said charges of "reckless burning" could be filed in connection to the Red Apple Fire. 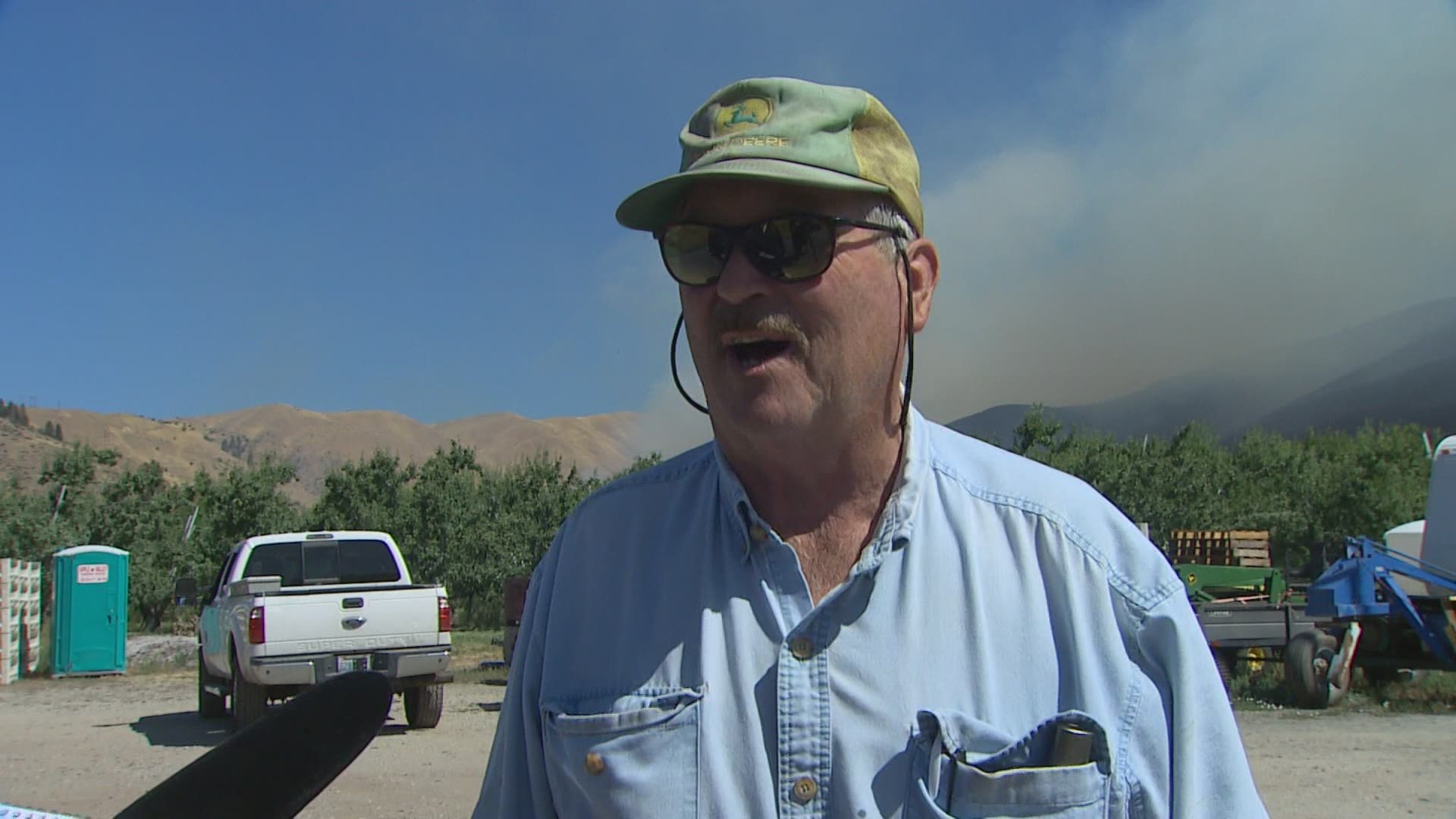 CASHMERE, Wash — Dan Russell, who owns Russell Orchards, has lived and farmed in the Wenatchee Valley his entire life. He has seen plenty of wildfires, but as the smoke from the Red Apple Fire in Chelan County filled the skies, he was left scratching his head.

"There's a ban on burning right now. It's hot and dry. It's common sense. Use common sense," said Russell.

The fire broke out in a gulley in the 3300 block of Red Apple Road Tuesday night. Firefighters converged on the wildfire for a second full day Thursday as it continued to burn out of control.

However, even as the fire appeared to be slowing down, the investigation into how it started heated up. On Wednesday, fire investigators served a search warrant on the property to try to determine a cause.

Chelan County Fire Marshal Bob Plumb said the fire started in a woodpile that may have been there for a year. He said he could find no evidence that anyone set off an illegal burn, and the cause is officially "undetermined."

"I hate to use that term, but that's what it is right now," said Plumb.

However, Sheriff Brian Burnett added, "Evidence we have may lead to charges of reckless burning."

Hearing that got Russell heated.

As for the fight, the fire had grown to more than 11,000 acres Thursday, but its pace had slowed significantly with much progress being made overnight.

High heat and shifting winds remained problems, but the flames appeared to be moving away from the city of Wenatchee.

As of Thursday afternoon, the Red Apple Fire was still just 10% contained, but there were still no reports of injuries or losses of primary residences.

The battle has not been an easy one, though, with more than 50 large fires burning across 10 western states.

"Resources are limited right now," said Washington State Department of Natural Resources Spokesperson Ryan Rodruck. "With those limited resources our firefighters have been doing very strong work, and I think you're able to see that in the number of structures that were threatened that we were able to protect."

Russell said he is grateful for those firefighters and hopes investigators figure out what came so close to destroying so much.

"There's a lot that could have happened out there," he said. "A lot more damage could've happened. We're just lucky it didn't."