Level 2 evacuations were reduced to Level 1 as of Tuesday evening, meaning residents should still monitor for any danger but are okay to stay in their homes. 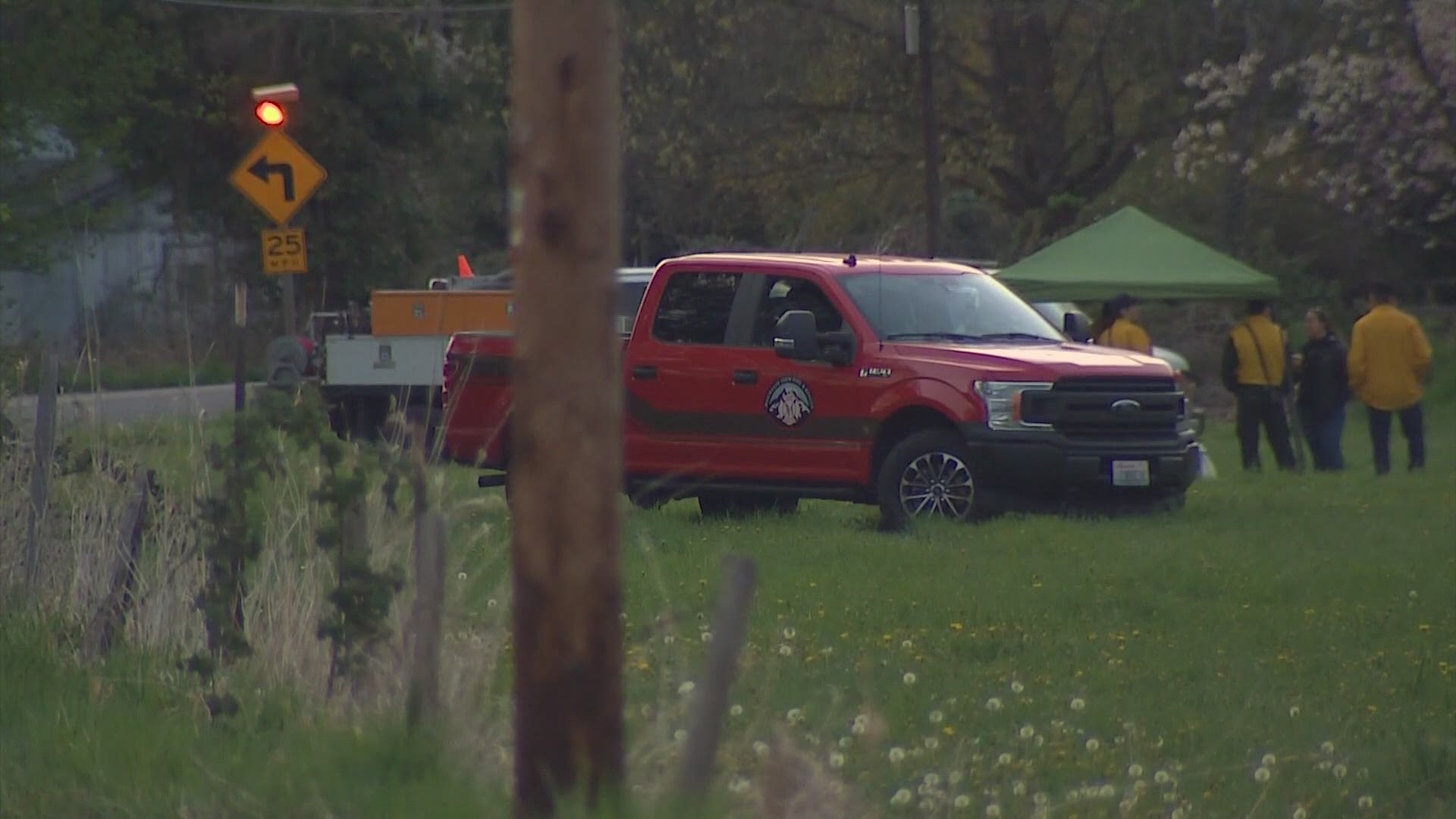 KING COUNTY, Wash. — A brush fire that started Sunday near Auburn is 75% contained as of Tuesday evening and some evacuation orders have been lifted.

The Green Valley Fire was reported around 4:30 p.m. on Sunday in the area of 35200 Green Valley Road in King County. As of Monday evening, the fire was estimated at 50 acres and growing.

The brush fire was threatening homes, according to officials. Level 2 evacuations were in effect but were reduced to Level 1 Tuesday evening, which means residents should continue to monitor for any danger but they don't need to be ready to leave at a moment's notice. 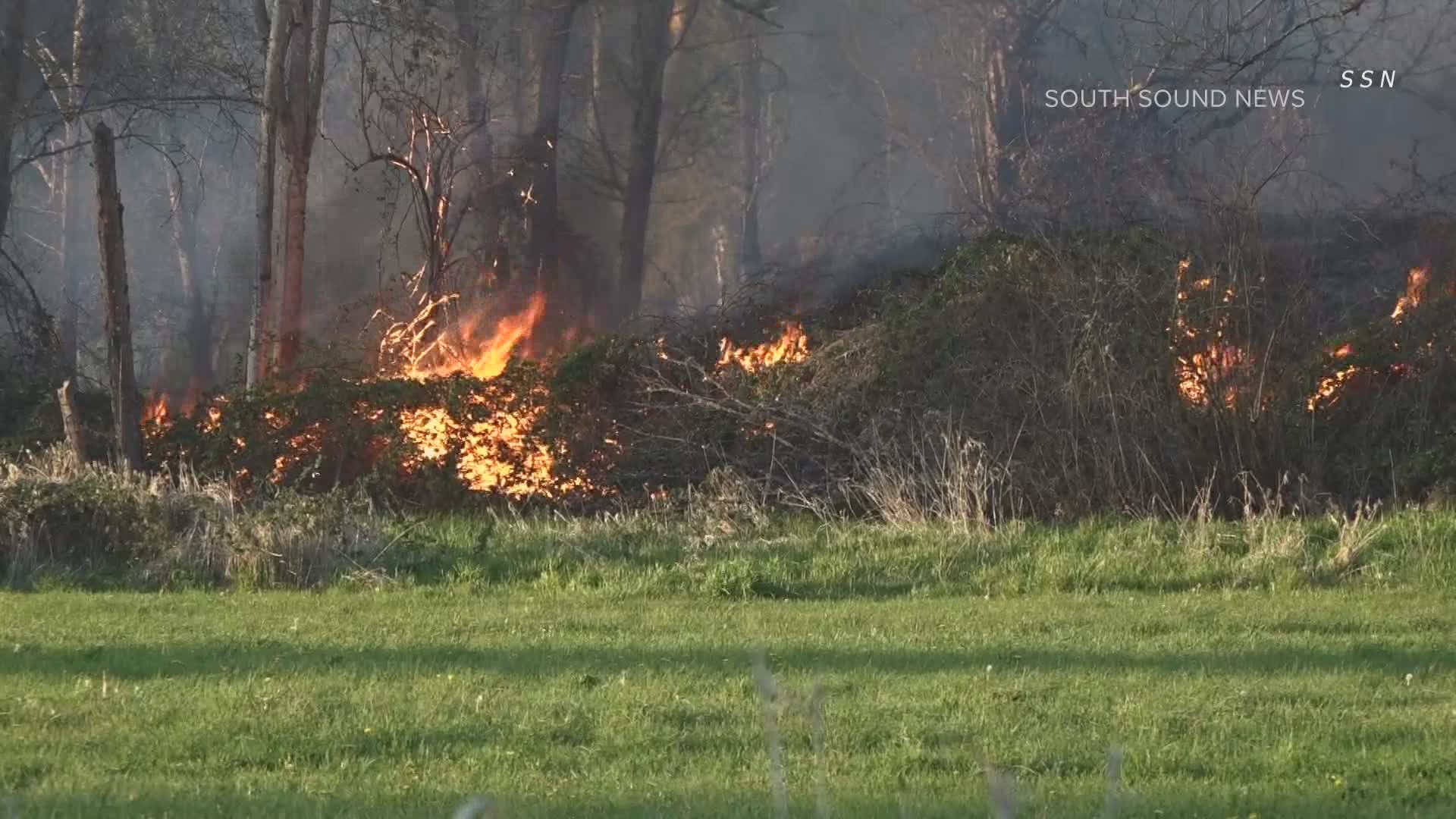 The fire was initially believed to have been caused by a burn pile that got out of control, according to fire officials. It's unknown how large the fire was at the time, but firefighters declared it a 3-alarm to bring in more resources, according to officials with Puget Sound Fire. Officials said the fire burned in difficult terrain with little access.

The region has seen several days of dry weather and warm temperatures, which have dried out grasses, making fires more likely.

Several large brush fires have been reported across the area today. Grasses are drying out with warmer, dry weather! Please use caution with any activity that could cause a spark! #wawx https://t.co/MHga7ZqNEt

The Washington Department of Natural Resources tweeted Monday, "We've responded to 91 wildfires in one week. It's April."

We've responded to 91 wildfires in one week. It's April. pic.twitter.com/3TO16dPjbx