All evacuation orders lifted in the Columbia Gorge after wildfire

The fire is 70% contained and has burned 170 acres in The Dalles. Those who had to evacuate are now able to return home. 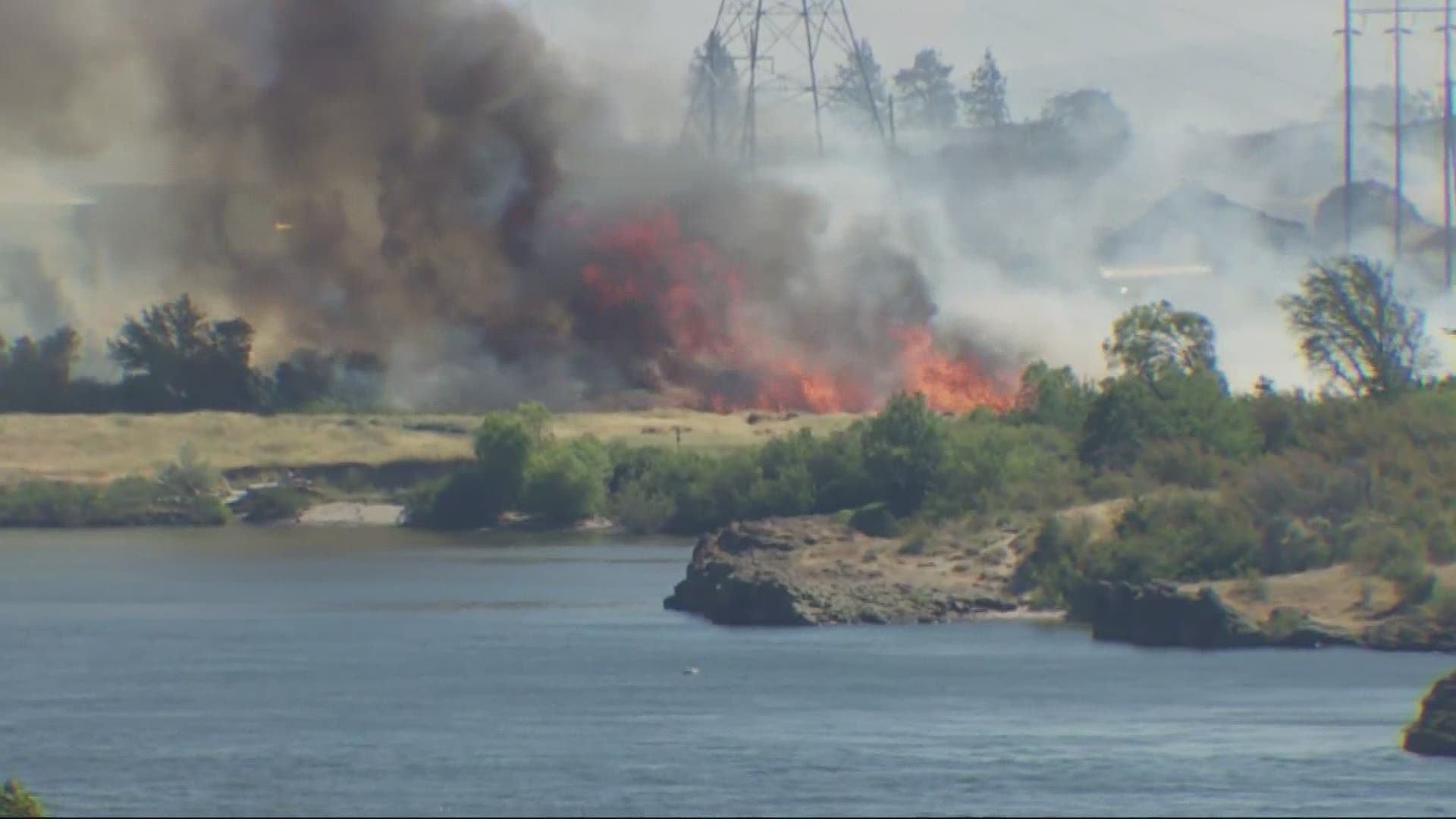 THE DALLES, Ore. — All evacuation orders have been lifted in the Columbia Gorge after a wildfire broke out Wednesday in The Dalles.

The fire is now 70% contained, the U.S. Forest Service said Thursday morning. It's estimated to have burned around 170 acres. Officials say it's likely human-caused, though they don't know much more than that yet.

The fire broke out five miles west of The Dalles along Interstate 84 around 1:30 p.m. Wednesday and grew quickly, at one point jumping the interstate and burning landscape on the other side, according to the U.S. Forest Service.

By 5:45 p.m. they said there were still a few active flames but most of the fire was out.

The Wasco County Sheriff's Office evacuated those living in the Pinewood Mobile Manor mobile home and near the golf course, those people were allowed to return home Wednesday. The Columbia Gorge Discover Center & Museum was also evacuated.

The Oregon Department of Transportation closed both Highway 30 and a 20-mile stretch of I-84 Wednesday as firefighters worked to gain control of the fire, but both highways have since reopened.

A burn ban went into effect in Wasco County on Tuesday, the day before the fire broke out. Wildfire season for the Pacific Northwest began last month.

The 2020 wildfire season burned more than 1,000,000 acres across the state. Due to the devastation, Oregon Public Utility Commission (PUC) approved new rules at the end of May to allow for temporary power shut-offs in an attempt to prevent wildfires in 2021.

Sky8 flew over the area: