Duration of 'dirtiest air' in Washington is historic, experts say

Though the amount of wildfire smoke present this summer compared to a few years ago doesn't come close, our air quality has remained "hazardous" for longer. 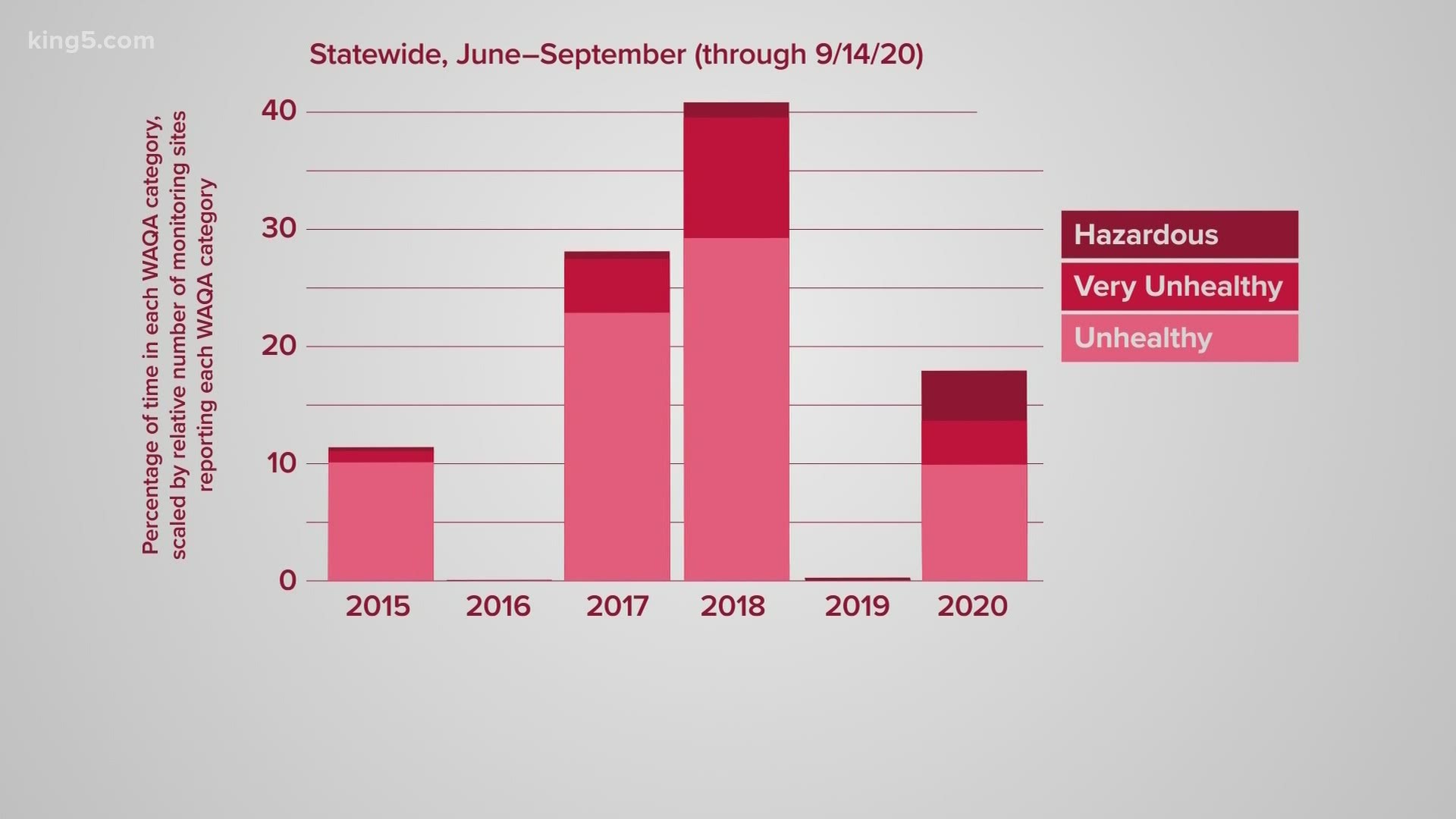 SEATTLE — Though we've not spent nearly as much time breathing compromised air this year compared to 2017 and 2018, the amount of "hazardous" air present in just the past few days is exceptional, according to a coalition of agencies.

Calling the amount of time we have breathed "hazardous" air in the past few weeks "unprecedented," experts say the air hasn't been this bad, for this long in well over a decade. The historically bad air over Puget Sound may get worse before it gets better.

However, a much larger span of time this year has been spent breathing "hazardous" air.

Although this hasn't been the longest we've had to endure poor air quality, but this is the dirtiest air we've had to breathe as a state, experts said.

“Things have been really stagnant and nothing has been allowed to mix out. The weather system we thought was going to happen Monday but it didn't. So it's just been this ‘soup of awfulness’ of hazardous air sitting across the state,” said Dr. Beth Friedman of the Department of Ecology.

In this 'awful soup' are things called PM 2.5 particles, which are particles that are so small that they can go down all the way into your lungs. That's why your throat, even your eyes, have felt irritated.

RELATED: When will the smoke clear? It'll get worse before it gets better 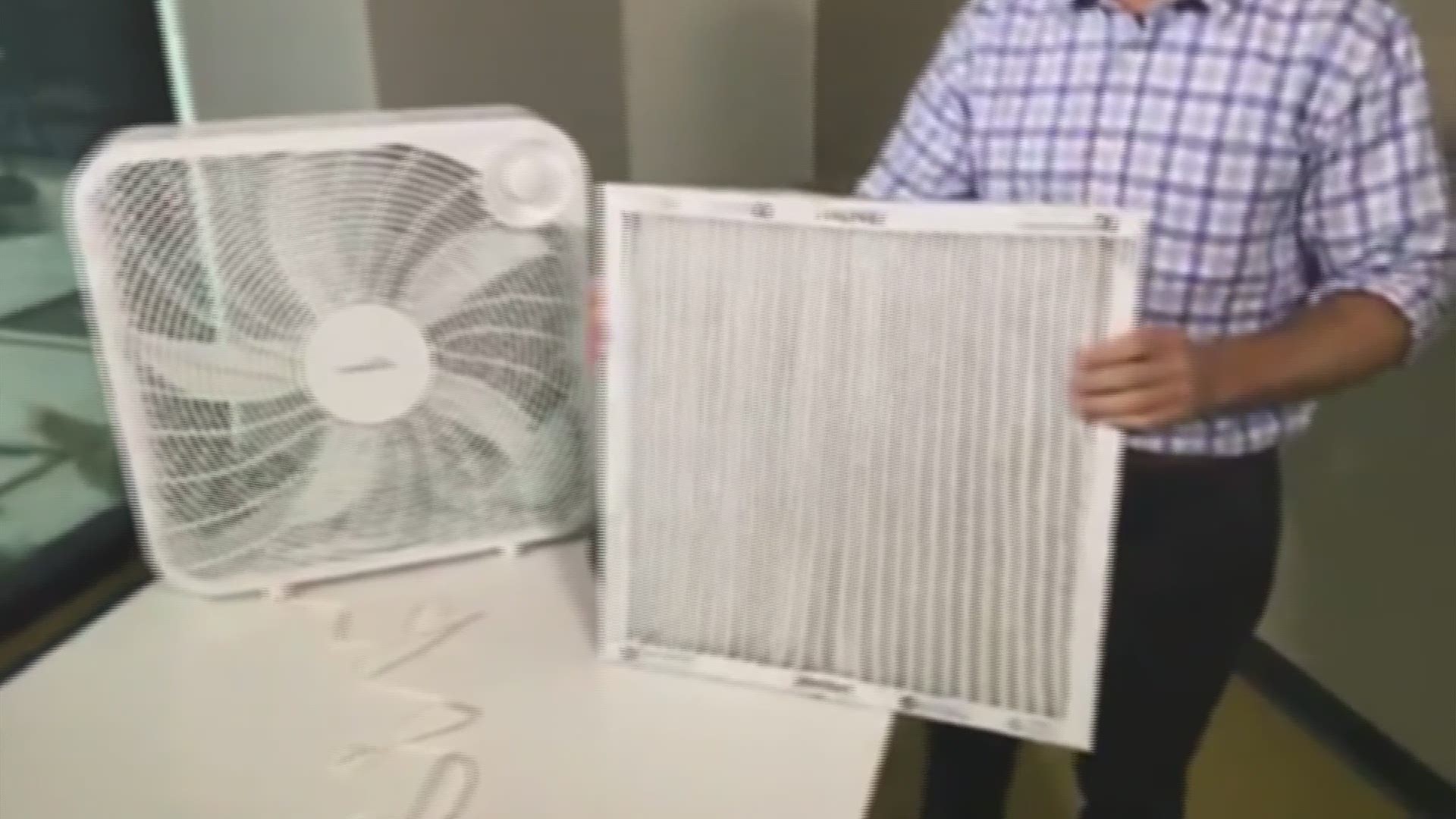