Over the weekend neighbors in Bellevue found flyers scattered around their neighborhood supporting a white supremacist group. 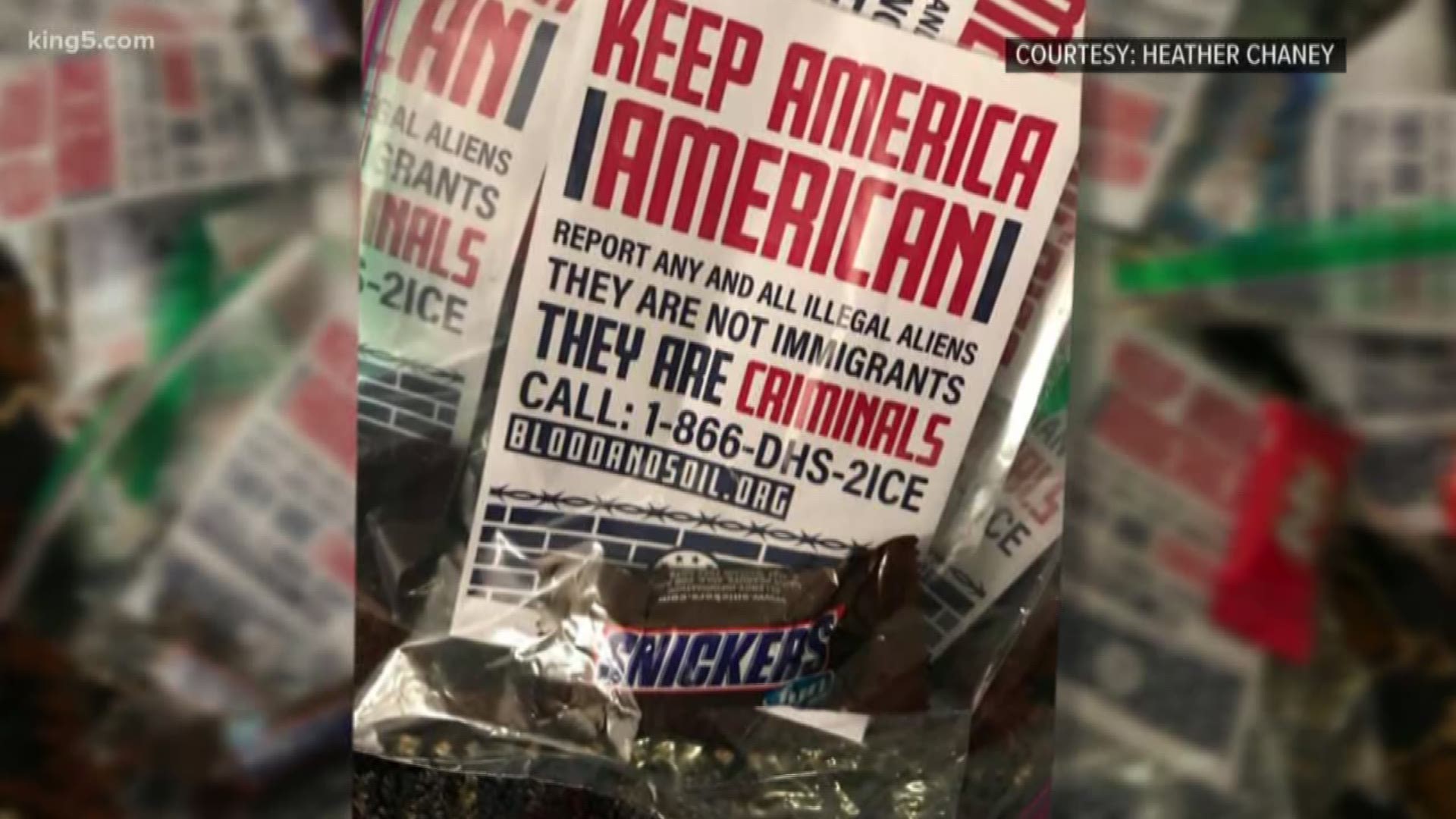 Flyers promoting a white supremacist group showed up in some Bellevue neighborhoods over the weekend. People who discovered them say they're shocked and angry that an extremist group would target their community.

“It makes me sick,” said Heather Chaney, who lives in Bellevue, and found small plastic bags filled with leaflets and candy all over her neighborhood.

She collected more than 60 of the small bags promoting Patriot Front, a group that formed after the 2017 Charlottesville riots.

“They are a white supremacist group that promotes hateful messages and an ideology of anti-Semitism, Islamophobia, and racism, and they evoke their white roots and white identity in trying to make America only a country for white people,” said Miri Cypers, regional director for the Anti-Defamation League Northwest office.

She says Patriot Front has focused on college campuses, and now appears to be moving into residential areas.

“We are seeing extremist groups more emboldened than ever before,” she said.

Chaney, who cleared the bags from a few blocks, told KING 5 she is still “fuming,” and says the group was clearly targeting her community because of its diversity.

“My neighbors, almost all of them are immigrants,” she said.

KING 5 tried to contact the Patriot Front to learn more about why it is targeting Bellevue. No one from the group responded.

The Bellevue Police Department says it took a report about the flyers but says there is no video or other evidence to help them pursue an investigation.

The Clyde Hill Police Department declined to comment, saying it wasn't getting involved in the matter.