The Lumbar Yard Bar has been in White Center since 2018 and plans to rebuild nearby. The fire that destroyed several businesses was ruled an arson. 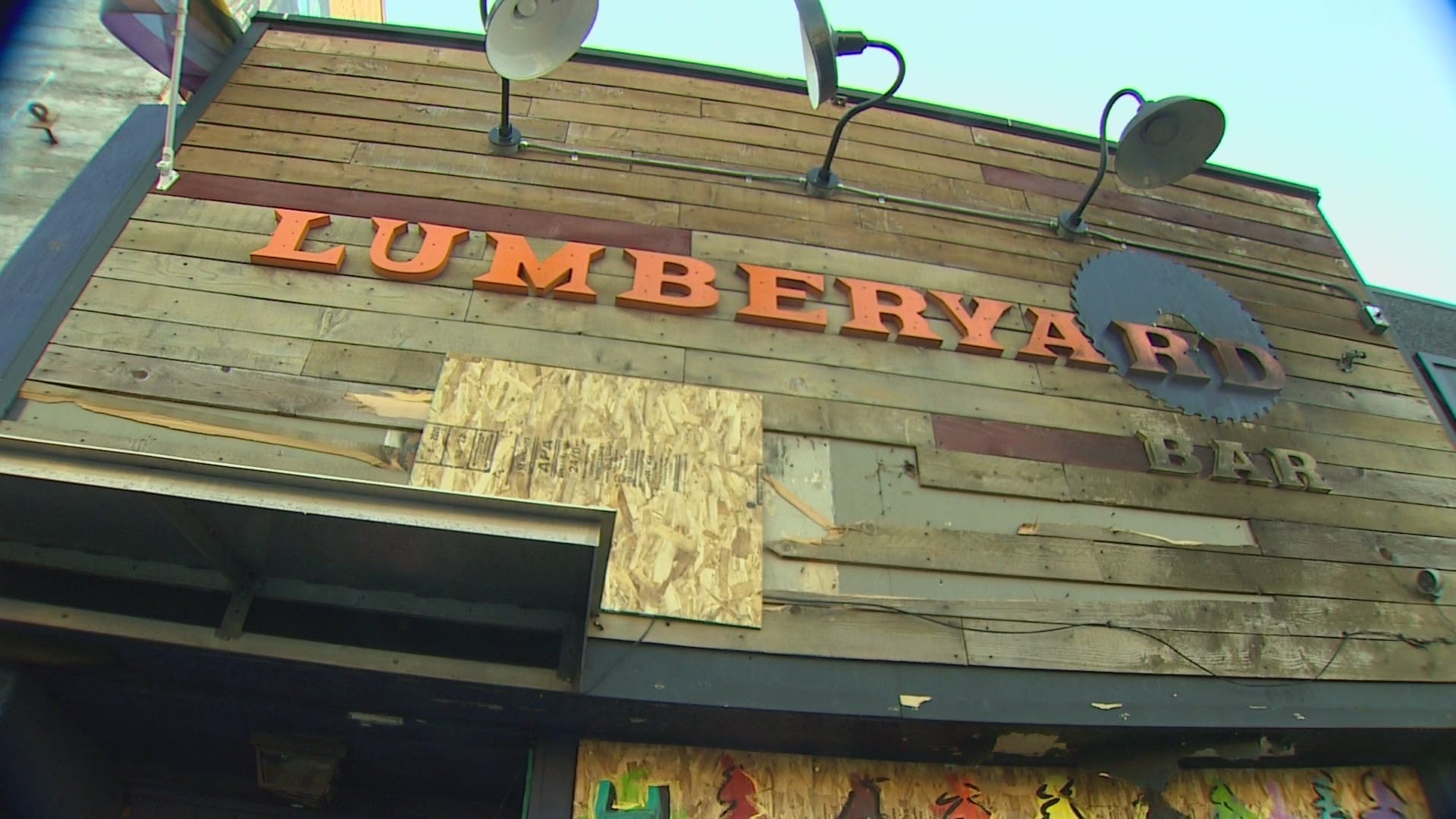 WHITE CENTER, Wash. — One week after a fire tore through businesses in downtown White Center, The Lumber Yard Bar has signed a lease to rebuild in a new location nearby.

"We are very happy to announce, we have found a new home in White Center!! We are looking for recommendations of companies/ contractors to help with the build out," The Lumber Yard Bar wrote on Facebook Tuesday.

Owner Nathan Adams said the location will likely be shared next week.

"My team is going to learn it first," said Adams, "It was such a joy to get the lease in my hands and realize that the space it gorgeous. It's going to take us a complete build out."

He expects construction to take six-months. The goal is to open on January 5, 2022, which would be the anniversary of the bar's grand opening in 2018.

"We're starting all over in the same way," said Adams.

The fire broke out the morning of July 5. It destroyed six businesses and was ruled arson, so far no one has been arrested. Investigators believe the fire started inside The Lumber Yard.

Adams said shortly after the fire he and his husband began looking for a new space in White Center.

"I have a hard time sitting still when I get an idea in my head, so my husband was like, 'What are we doing?' and I said we're getting out of the house. We're going to go look for spaces," said Adams.

The bar's original location on 16th Avenue will likely need to be demolished. Nathan said it could take years to rebuild. The new location is a few blocks away, which keeps the business in the neighborhood and community Adam's family calls home.

"Being able to stay here in that area, means we're doing the right thing. This is what those people who donated to the fundraiser wanted, was for us to stay here," said Adams.

That fundraiser, started by community members, has collected more than $120,000.

"It still humbles myself and my husband everyday. We did something right and it showed," said Adams.