Pesky swarms of white bugs have returned to Spokane. Here's what they are

Smoky-winged ash aphids return to Spokane every year in the fall — and the annoying bugs are looking for love. 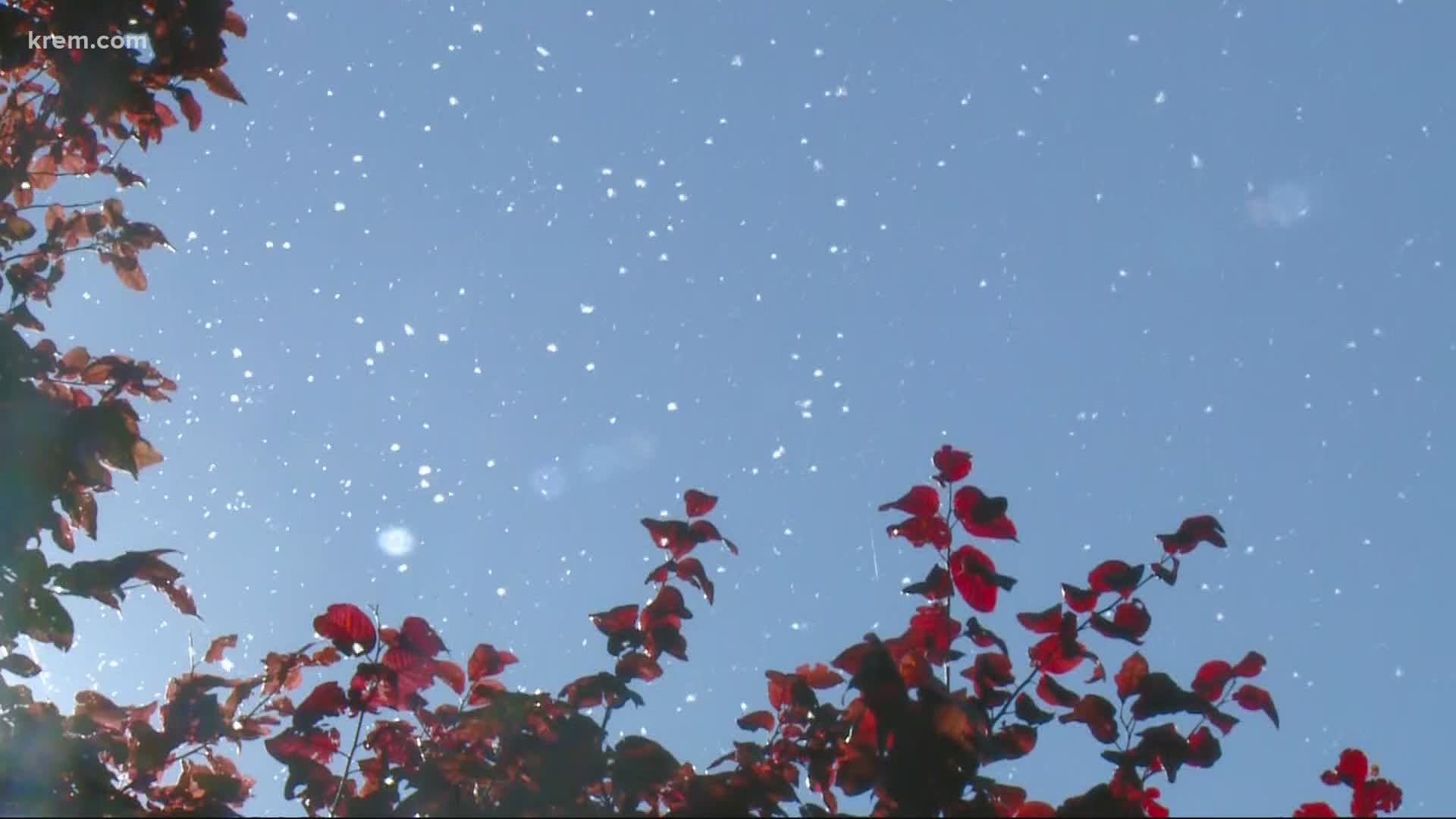 SPOKANE, Wash. — Anyone who has spent time outside in Spokane lately has probably encountered a swarm of pesky white bugs flying into their face.

At first glance, it's easy to think the bugs are merely specs of dust or falling snow.

Some people mistake them for gnats but the bugs are actually called smoky-winged ash aphids. They are also referred to as blue ash aphids.

Though the aphids are annoying, they aren't cause for concern. Their return is a normal, annual event.

“This is the time of year when they are looking for that special someone to settle down with. This is the end of the season. They’re going to mate and lay eggs, and then most of them are going to die within the next few weeks," said Tim Kohlhauff, program coordinator with WSU Master Gardeners.

The aphids are most active during the warmest part of the day – mid-to-late afternoon. They congregate on the trunks of ash trees and lilacs.

Blue Ash Aphids. Those annoying bugs flying around here in the Fall. They're back but they'll be gone soon enough. @KREM2 pic.twitter.com/zkjDNlQXkq

Kohlhauff said the Master Gardener clinic gets at least a few panicky phone calls from people wondering what they should do when they spot the bugs on their trees.

He suggested spraying water on the tree trunk to knock them off. The use of pesticides, however, will not give people any advantage or help to get rid of the aphids, Kohlhauff said.

The good news for outdoor enthusiasts: the bugs will be gone soon. They usually die off before Halloween after laying eggs in the nooks and crannies of tree bark for next year, Kohlhauff said.