US House approves noise monitoring of Whidbey Island base 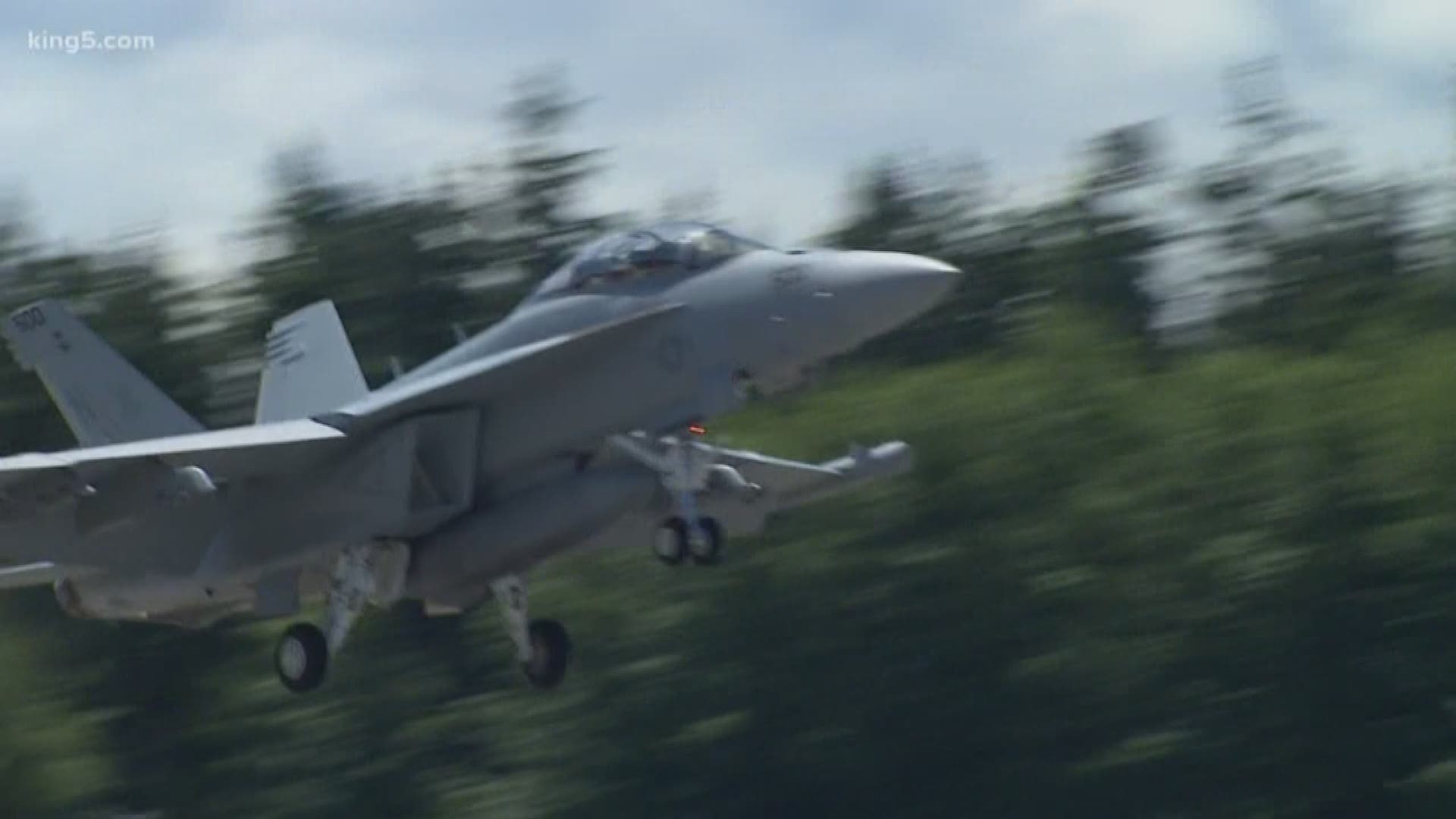 The House passed the National Defense Authorization Act by a 377-48 vote. The legislation now heads to the Senate, and a vote is expected in the coming days, according to Sen. Maria Cantwell’s press secretary.

“Publicly available real-time monitoring of Whidbey Island and the Olympic National Park will provide transparency and a basis for an accurate discussion on the impacts of the increased flight activity between the Navy, the state, and the communities involved,” Cantwell said in a statement.

Washington Rep. Rick Larsen, who helped draft the amendment with Cantwell, said he hoped the measure would reduce the impact of operations on surrounding communities while also ensuring training for air crews.

In addition to the funding, the act would also require the Secretary of Defense to provide real-time noise monitoring and make the data publicly available. Monitoring would include Naval Outlying Field Coupeville and Ault Field.

In March, the U.S. Navy announced it would add 36 Growler EA-18G jets to NAS Whidbey Island, sparking backlash from neighbors concerned about noise.

Washington state sued the Navy in July claiming it didn’t adequately consider the effect of expanded operations on people or wildlife. Three dozen Whidbey Island residents followed with a lawsuit filed in September that seeks compensation for what they say is their inability to use their property.

National parkgoers have also complained that the Growlers ruin the tranquility of Olympic National Park when the Navy's training missions fly over the peninsula.