When you're living with dementia, nothing is easy. Just watching it can be heartbreaking. 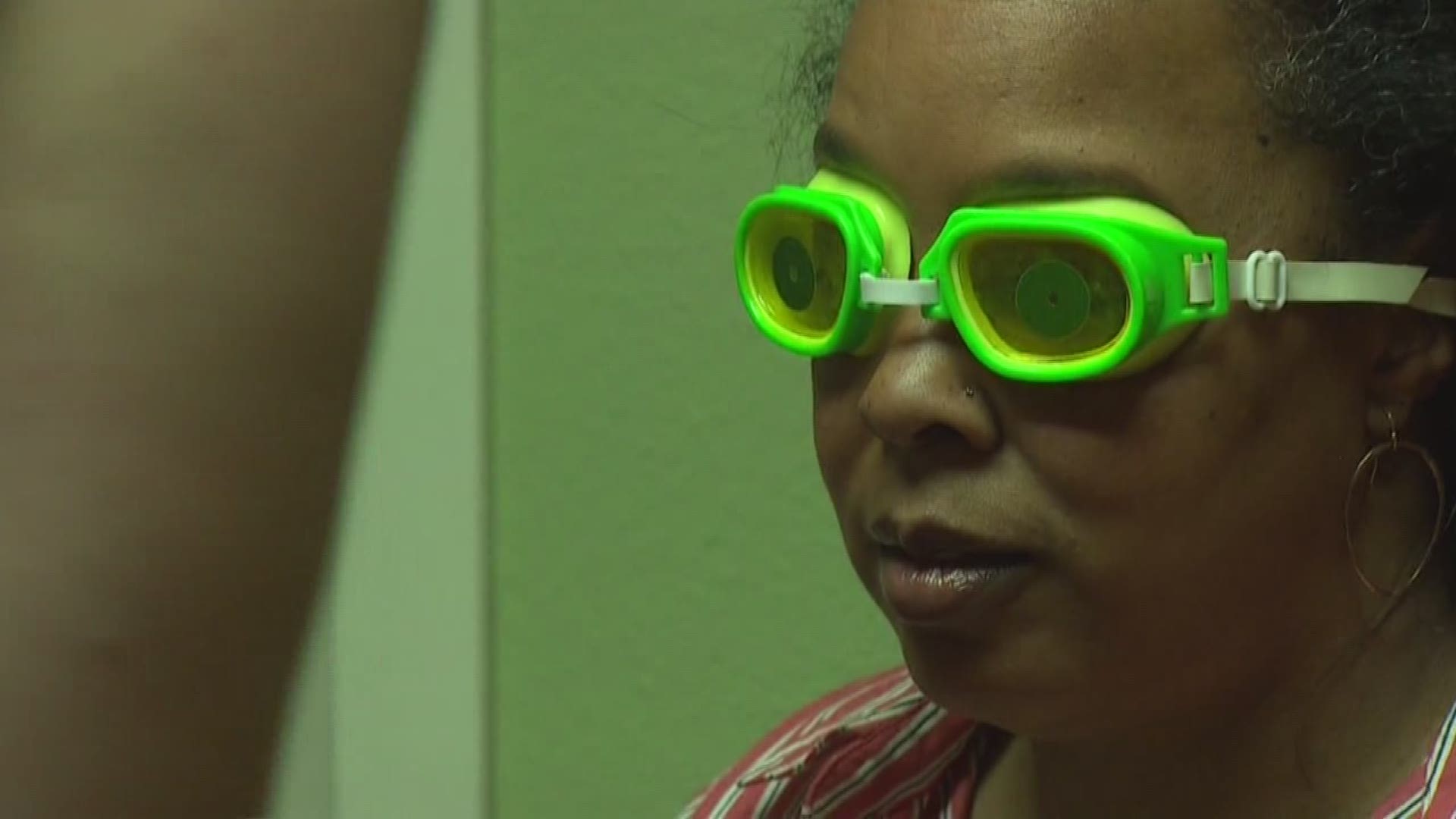 When you're living with dementia, nothing is easy. Just watching it can be heartbreaking.

At Sedro-Woolley's Birchview Memory Care, veteran caregiver Susan Allison wiped a tear from her eye as she helped one man to simply cut up his food Tuesday.

"This disease is horrible," she said. "These aren't just my grandparents, they're your grandparents. They deserve to be treated with respect."

Helping people imagine what it's like to live with dementia is the goal of the Bellingham-based organization Right at Home. They give people virtual tours of the world of dementia, Alzheimer's disease, and all of the other common maladies that go along with them.

"Dementia isn't just about memory loss," said Right at Home's Kaaren Flint. "There are a lot of other ailments people have to contend with."

Staff members at Birchview recently took part in the demonstrations.

Participants wear special goggles to give the sense of poor eyesight. Fingers are taped together to simulate arthritis. Prickly plastic insoles are placed in shoes to imitate the most common form of nerve pain. To bring a feeling of confusion, garbled sounds and voices are played through headphones. Participants are then given five seemingly simple tasks to remember and complete.

Few people are able to complete them all.

"I can't imagine living like that," she said. "I hope I never have to."

Every 66 seconds another American is diagnosed with Alzheimer's disease, the most common form of dementia. More than 5 million people in the U.S. currently suffer from the condition. That number is expected to nearly triple by 2050.

"This is a disease that doesn't discriminate," said Birchview's Sheila Jennings. "There is no cure and it only gets worse. It will touch just about every family in some way."

The loss of hearing and sight, along with many other common ailments associated with old age, can be frustrating enough. That frustration is magnified exponentially for people with dementia. They are often unable to understand what's going on and can't adequately express their feelings. That frustration can spill over into depression, verbal abuse, child-like tantrums, and in some cases, violence.

"When you add frustration and anxiety to memory loss, it intensifies everything," said Jennings.

"No one wants to see their loved one go through this," said Flint. "You lose them piece by piece. That's why we have to teach people to be prepared, patient and understanding."

To help people cope and better understand the condition, Birchview is holding a series of free seminars this spring and summer, entitled "Journey of Dementia." You can find out more by calling 360-856-1911 or by emailing info@birchviewmc.com.