While people flock to lakes and beaches on hot summer days, a King County program keeps water quality is safe for swimmers. 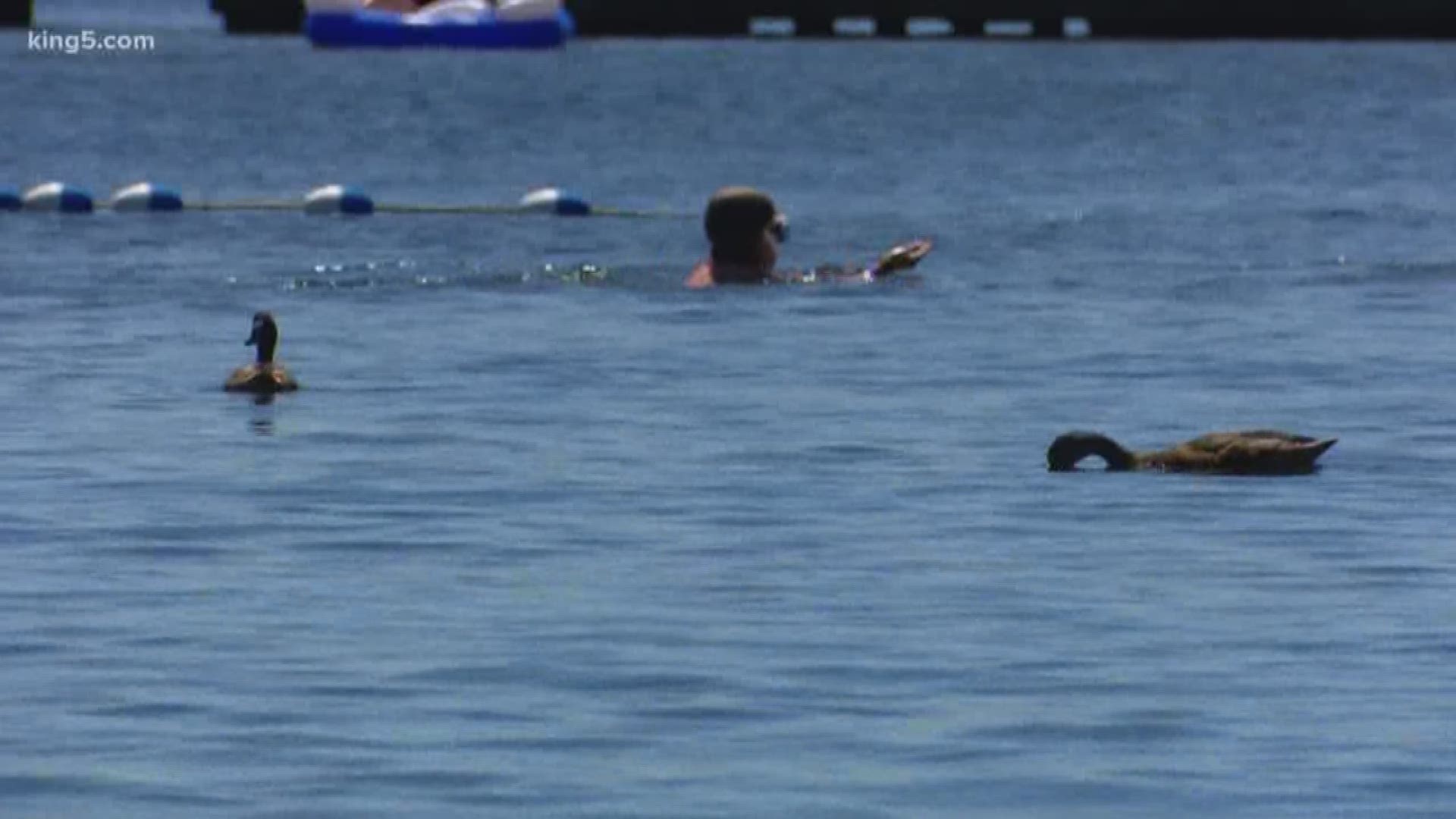 Kaitlyn Ward has been coming to Juanita Beach since she was a child. It’s the closest beach to her house, and she still frequents it with Charlotte, the girl she nannies. However, past experiences have left her skeptical of the water quality.

“It’s a lot better than it used to be,” said Ward. “But you still see dog poop everywhere.”

It’s led her to wonder about the safety and quality of the water, on occasion.

“It gives us a big picture, broad overview on any chronic problems that may be happening at the beaches,” explained Debra Bouchard, a senior limnologist and water quality planner with the science section of King County Water and Land Resources.

Samples are collected and analyzed weekly, and abnormally high levels are reported to the Department of Public Health. If high levels persist, Public Health will make a recommendation to close the beach.

What causes a beach shutdown? Most commonly, it’s high levels of fecal coliform bacteria—microorganisms from the intestines of warm-blooded animals, including humans. Fecal coliform bacteria are generally not dangerous, but can be accompanied by other illness-causing bacteria.

Juanita Beach has seen closures in two of the last three years due to fecal coliform contamination. When winds blow from the south across Lake Washington, they push aquatic plants onto the beach. This brings the geese—and the geese poop. After a particularly large storm brought mounds of milfoil ashore in 2015, Juanita Beach was closed for seven weeks.

Less common but more dangerous are the harmful algal blooms. These tend to occur later in the season, when warm weather and sunny days create perfect conditions for cyanobacteria—aquatic bacteria that photosynthesize like plants—to thrive.

While not all cyanobacteria are harmful, some produce toxins that can cause illness in humans and pets alike. A cyanobacteria bloom is currently occurring in Kitsap and Long lakes, prompting officials there to issue a notice to avoid contact with the water.

Through the Washington State Toxic Algae program, lakes are monitored for two toxins in particular: microcystin, a liver toxin, and anatoxin, a neurotoxin. Microcystin causes flu-like symptoms, and chronic exposure can lead to serious liver damage. Anatoxin can induce seizures and even death. It’s especially worrisome for pet owners since dogs ingest so much water at the beach. In 2015, a dog death was attributed to anatoxin exposure in Lake Washington.

Bouchard and her colleagues advise swimmers to send photos of blooms if they are concerned. The Washington State Toxic Algae program also accepts and tests samples sent in by the public.

As for Ward? She’s glad to hear someone is checking the water.

“I just hope they keep it clean,” she said. “I like coming here.”