Dr. James Davenport, an astronomy professor at UW, confirms the light show was debris from the Falcon 9 SpaceX rocket. 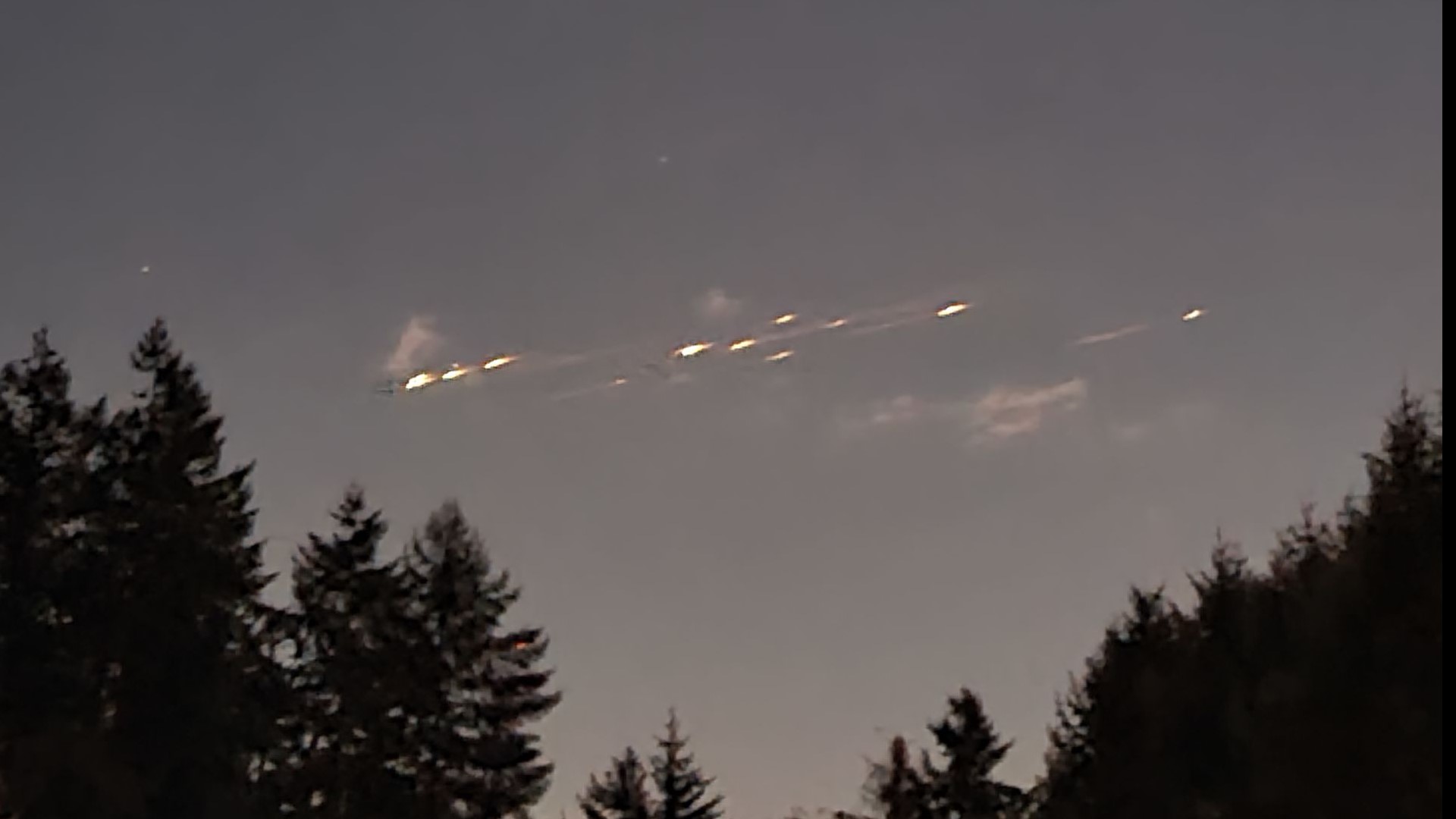 A long streak of lights slow-danced over the Pacific Northwest around 9 p.m. Thursday. The bright show dazzled onlookers from Snohomish County to Salem, Oregon, leaving many to wonder what caused the spectacle.

While viewers speculated it could be a meteor shower, fireworks or something extra-terrestrial, scientists report the sight was actually man-made.

Dr. James Davenport, research assistant professor of astronomy at the University of Washington, confirmed the lights were caused by the Falcon 9 rocket coming back down from orbit. He said the debris was likely about 30 miles into the atmosphere and it was unlikely any substantial pieces would reach the ground.

Stephen Vilke captured footage of the SpaceX rocket debris from Bainbridge Island. Vilke said he has a pair of 4K cameras pointed east and west at Puget Sound to capture video of orcas, submarines, sunrises and sunsets, but now he will know to keep an eye out for rockets as well.

Astronomer Jonathan McDowell at the Center for Astrophysics said the space debris "failed to make a deorbit burn" and was reentering the atmosphere after 22 days in orbit.

McDowell said the streak "was observed from the Seattle area at about 0400 UTC Mar 26," which is 9 p.m. local time. According to his tweets, the rocket was "supposed to immolate itself over the ocean south of Australia, to dispose of it safely."

The Falcon 9 second stage from the Mar 4 Starlink launch failed to make a deorbit burn and is now reentering after 22 days in orbit. Its reentry was observed from the Seattle area at about 0400 UTC Mar 26. pic.twitter.com/FQrBrUoBHh

The Seattle office of the National Weather Service (NWS) tweeted: "The widely reported bright objects in the sky were the debris from a Falcon 9 rocket 2nd stage that did not successfully have a deorbit burn."

NWS continued, "Based on the observed video, this looks more likely than a bolide meteor or similar object as they would be moving far faster on impact with our atmosphere. There are NO expected impacts on the ground in our region at this time. More info will be posted as it becomes available."