Every year more than 100 people drown on Washington's waters. 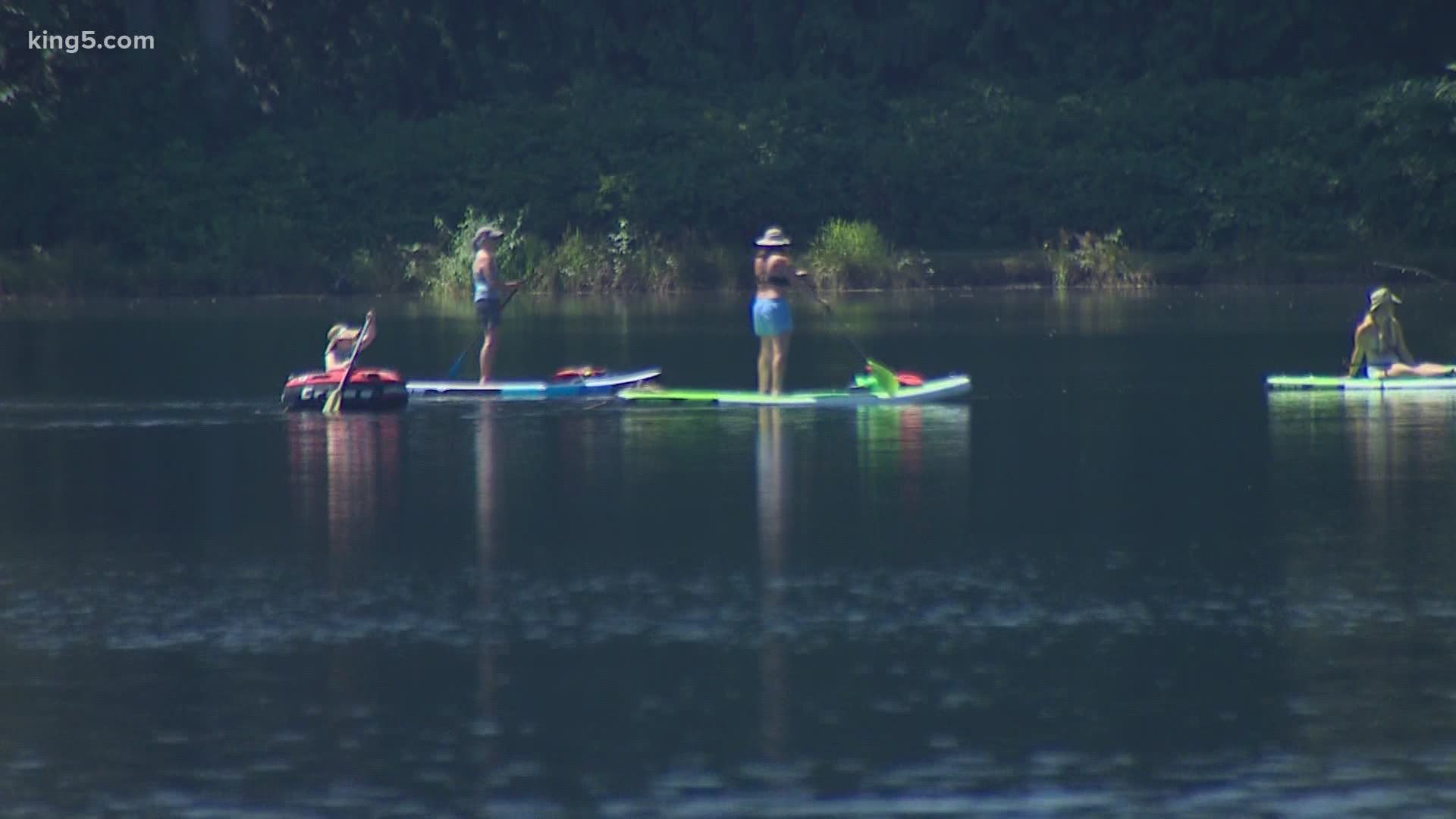 SNOHOMISH COUNTY, Wash. — With temperatures expected to climb into the 90s this week, rivers and lakes are getting flooded with people escaping the summer heat.

"When it gets into the 80s around here you can almost set your watch to the fact that we're going to get swift-water rescue calls to our area's river system for people that find themselves in trouble," says Travis Hots, fire chief for Snohomish County Fire District 22.

Hots says the waters around our area can be very deceptive and it doesn't take much for someone to get caught up in a current of trouble.

The last time temperatures reached into the 80s a couple of weeks ago Snohomish County saw at least a dozen rescue calls in a single weekend.

"I think the biggest mistake is they don't wear a life jacket. The water may look calm but there are currents just beneath the surface that will literally pull you under and you will likely drown."

"Luckily there [were] four Snohomish County deputies who were in the area and responded to the scene. They were able to climb out onto that log and pull him out, but it took all four of them to do that. He's alive today because of that."

More than 100 people drown on Washington's open waters every year, the overwhelming majority of which are preventable.

In addition to always wearing a life jacket, Hots says don't use those cheap plastic floats on rivers or lakes. They puncture far too easily.

He also says to remember our waters in Washington will quite literally take your breath away when you jump in. That can cause panic and lead to drowning. Even a leisurely swim in a lake can quickly turn dangerous.

"That water is very cold," Hots said. "People start cramping up and soon they can't swim. Sometimes we even see people jump in to try to save someone and they end up drowning."

With water parks and public pools shut down due to coronavirus, Hots worries what the rest of the summer may bring.

"I'm seeing a lot more people out on the river system recreating. I think there's a lot more potential for people to run into problems out there and for us to be called to help them."

Harborview also warned about other summer hazards, including fire pits, bonfires, social distancing and open windows, which can be dangerous for children. The hospital created a video on their advice for staying safe.