As Seattle police investigate a West Seattle hate crime, the victim's neighbors are making sure she feels welcome and protected. 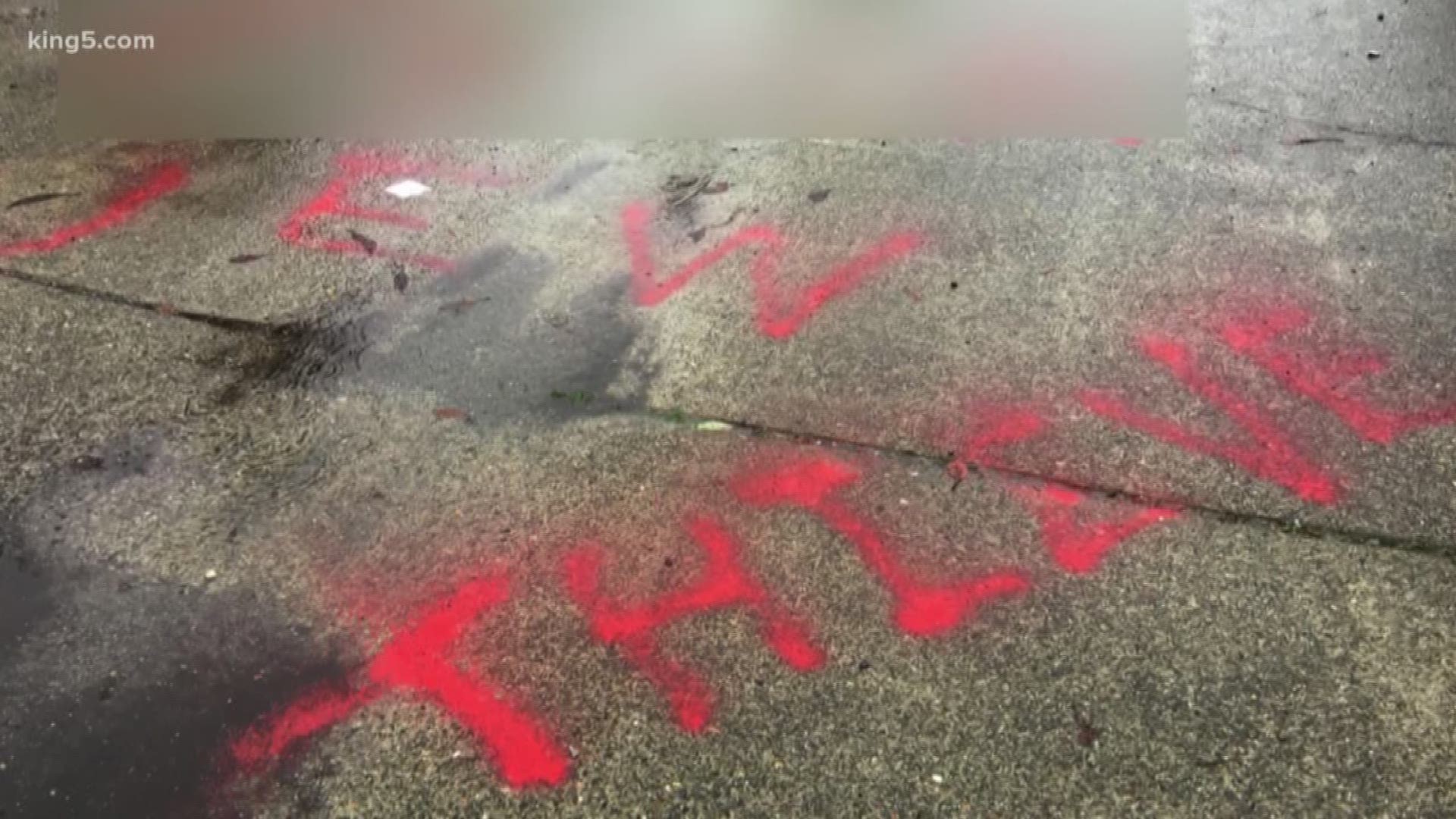 A West Seattle woman returned home Monday to find an anti-Semitic message on her property. Someone wrote "Jew" in red spray paint on her garage.

"It was a very heavy hurt. It hit me," said Bee Plansky. "I was like I got to get this removed. And part of me wanted to write on it: And proud of it!"

The incident took Plansky back to the anti-Semitism of her childhood.

"I don't want children to go through what I went through as a child, and I don't think it should happen today," said Plansky.

"She was shaking," said neighbor Eric Heathershaw. "I've never seen her like that."

Down the alley, another neighbor, Susie Perry, found a similar message scrawled on the concrete.

"When I opened my back gate, I saw something horrible written on the street. It took me back," said Perry.

Jeff Knudson was one of about 10 neighbors, along with Heathershaw and Perry, who stepped forward to help. They didn't want the graffiti tagger to have the last word.

They painted the wall of the garage and used elbow grease to clean the concrete.

"We got down with grill brushes, and we scrubbed it off the pavement," said Heathershaw.

A good coat of paint and the goodwill of neighbors went a long way to counter the hate Plansky felt Monday morning. She believes there is one way to change the person who did the graffiti.

"You can't fight them with hate. We can't be angry. We have to give them love and give them kindness," said Plansky.

Seattle Police are investigating the incident as a hate crime. Several patrol units were spotted stopping in the neighborhood Tuesday.