It’s been more than 200 days without access to the high-rise portion of the West Seattle Bridge. The city shut it down after discovering growing cracks. 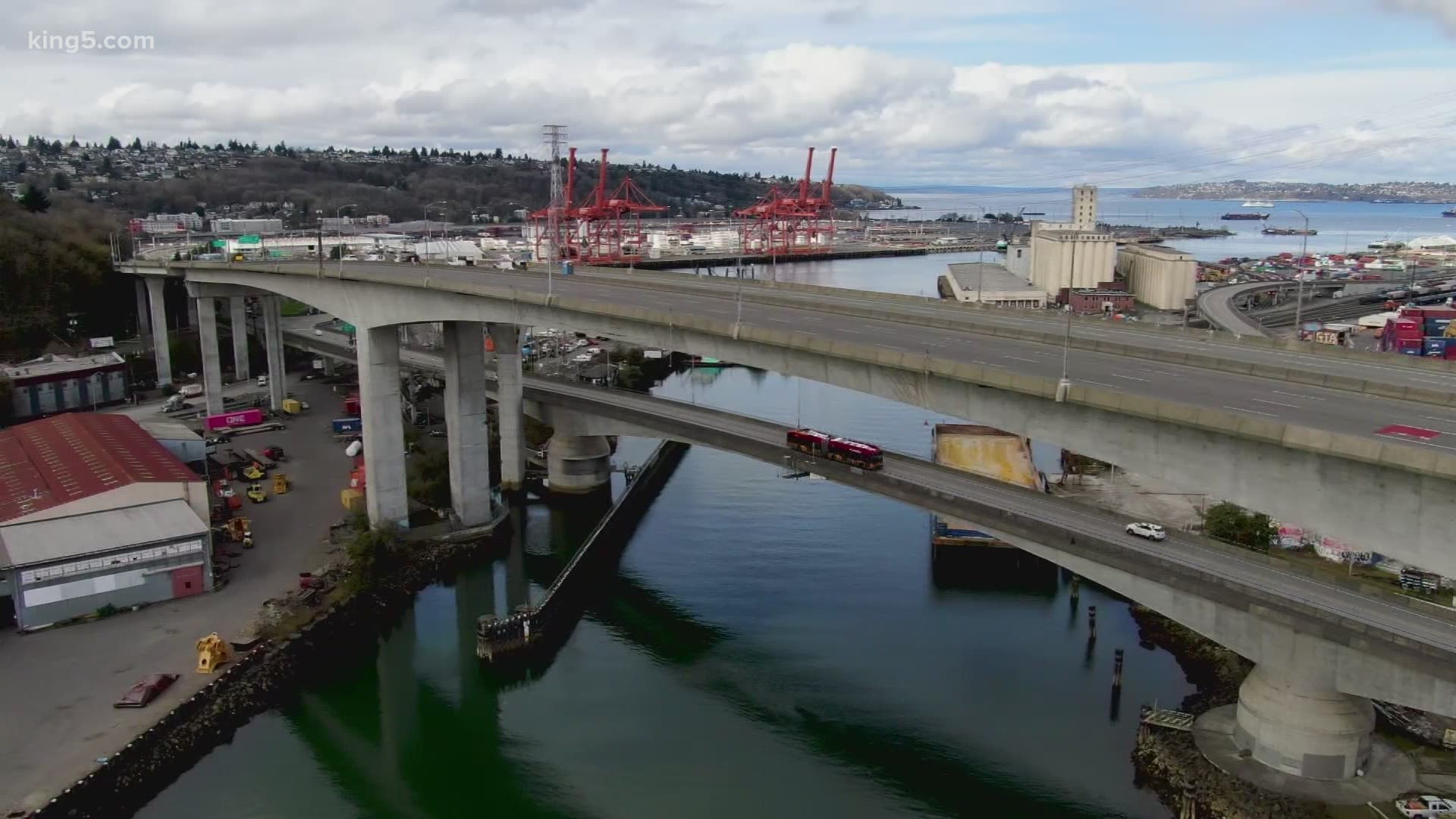 SEATTLE — It’s been more than 200 days without access to the high-rise portion of the West Seattle Bridge. The city shut it down after finding cracks that were getting worse and growing fast.

The indefinite closure is so significant because it was Seattle's most-used bridge. More than six months later, there is still no announcement about whether the bridge will be repaired or replaced.

According to the Seattle Department of Transportation (SDOT), there should be a decision about that in the coming weeks. Mayor Jenny Durkan will have the final say on whether to repair or replace the bridge.

Kevin Broveleit is with the group West Seattle Bridge Now.

"I mean the biggest thing is just quality of life,” said Broveleit.

On his group’s website, residents are raising their voices by sharing video testimonials.

In a taped message, Estelle, a West Seattle resident, said, "The issue of getting across the bridge in case of an emergency is a huge issue for us.”

In another message, young Lucy said, "It's 4 p.m. on a Friday afternoon. We are trying to leave the island. Instead we are sitting in traffic."

And now it might take even more travel time to get in and out of West Seattle because a major detour route, the Highway 99 bridge – also known as the 1st Avenue South Bridge -- has a metal beam that moves up and down as traffic passes over. WSDOT says it needs to fix it and that means some temporary closures.

“We can only assume that they have our best interests at heart when they are closing on an emergent basis for these repairs. But man, it is. It's really hard,” said Broveleit.

When it comes to the West Seattle Bridge, work is happening every week, Monday through Saturday, to stabilize it.

The question that needs to answered: Will the bridge be repaired or replaced?

“We have a bridge that can be repaired. We shouldn't throw it away. We should fix it,” said Broveleit.

“We haven't done the kind of probability analysis that would be necessary to say repairs would last for exactly this long, and so that's why we say such a wide range,” Bergerson explained.

“If the mayor decides to replace the bridge, then it is looking like that would be more likely to last 50 or even 75 years,” said Bergerson, in reference to the bridge’s life span.

SDOT said the cost benefit analysis, which will help inform the decision about whether to repair or replace, will be done soon. SDOT, as well a community task force and a technical advisory panel, will give their recommendations to Mayor Durkan.

The Mayor will make the final decision about whether to repair or replace the bridge.