Wenatchee volunteers make a difference and get national attention

Thousands of volunteers in Chelan County recently earned an important recognition for their efforts on Make a Difference Day. 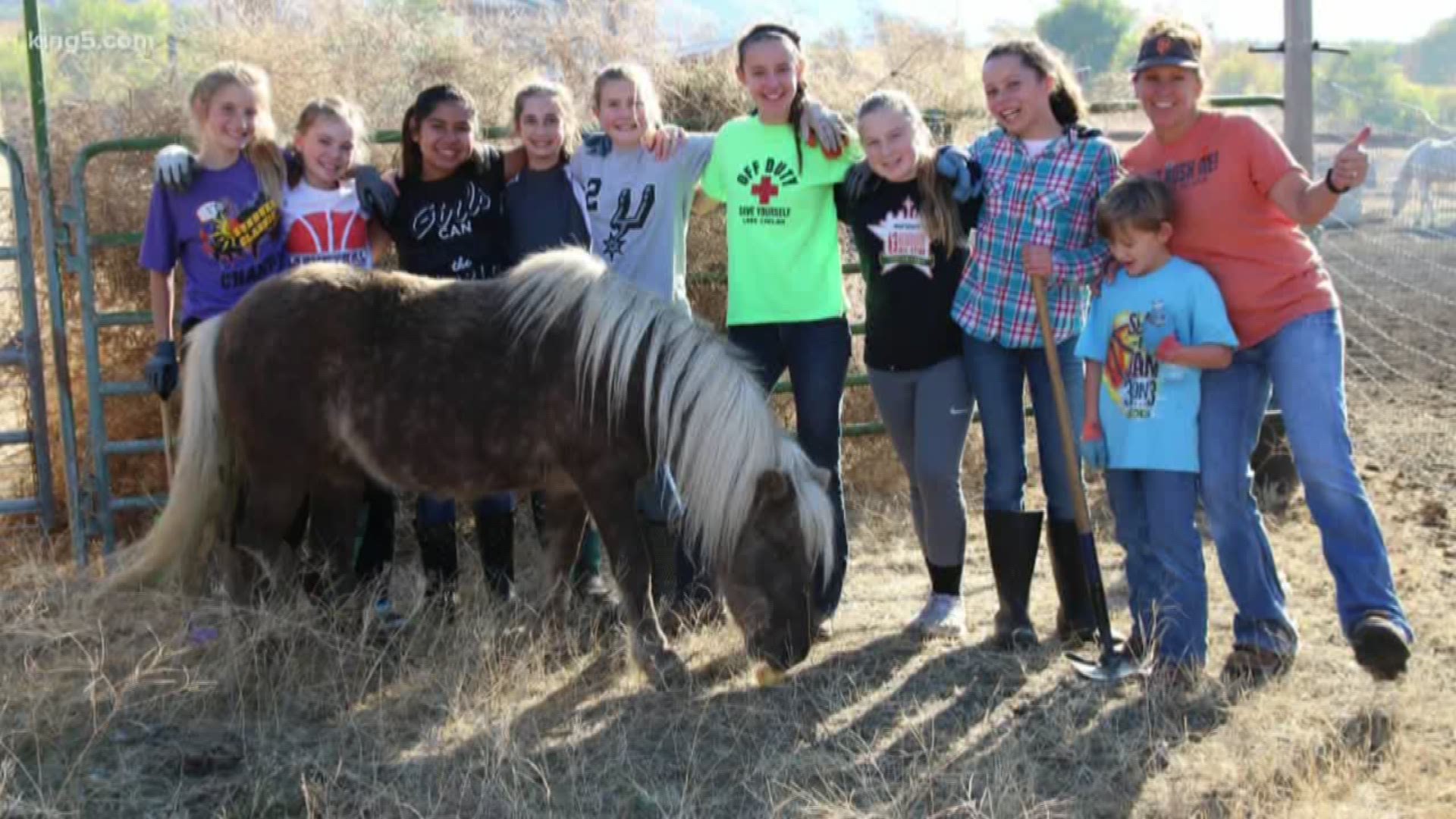 Thousands of volunteers in Chelan County recently earned an important recognition. They won an award for their efforts on Make a Difference Day, which helps many different causes in Wenatchee and surrounding towns.

Make a Difference Day brings together volunteers for a 24-hour marathon of community service on the 4th Saturday of each October. It's a nationwide effort, and in Wenatchee, they take it very seriously.

Wenatchee Valley’s Make a Difference Day scrapbook of projects is packed with examples of the community’s generosity and service, and it's a reason why their efforts, some of the most organized in the nation, earned them a $10,000 grant from Make a Difference Day organizers to help support even more projects.

The national event is sponsored by TEGNA, which owns KING 5. Arby’s Foundation and Points of Life are also partners.

Volunteers cleared tons of brush, branches, and dry fuels from a Wenatchee hillside last year to reduce the risk of a wildfire spreading to nearby buildings.

“The community came to us, and they recognized the risk,” said Jon Riley, community wildfire liaison for Chelan County Fire District 1.

“There have been several summers where we didn't see the sun, we just saw smoke,” said Kimberly Lantzy, who helped organize the project.

That job could've taken weeks; they got it done in a day.

Community Resource Group, an organization that works to reunify foster kids with their families, says the hundreds of bags will help children hold onto what few belongings they have as they bounce between homes.

“That’s the only thing they have left that reminds them of their family, where they’re from, their culture,” said Eduardo Camacho, foster care licensor.

Make a Difference Day also gets the community moving. Amy Garrison organized a Buddy Walk to show her son Stevie, 13, and other kids who have Down syndrome, that they are not alone.

“It's empowering,” she said.

The event and many others across Chelan County help bring neighbors together and shows how much they care.

“I think we're created to help each other, I think that's kind of our design, and if we're not giving to each other then we're really actually robbing ourselves of something really valuable,” Garrison said.