A new weekly lunch program is helping keep older members of Seattle's East African community healthy. Non-profit groups partnered with the city with the goal of keeping people active and socializing with their peers. 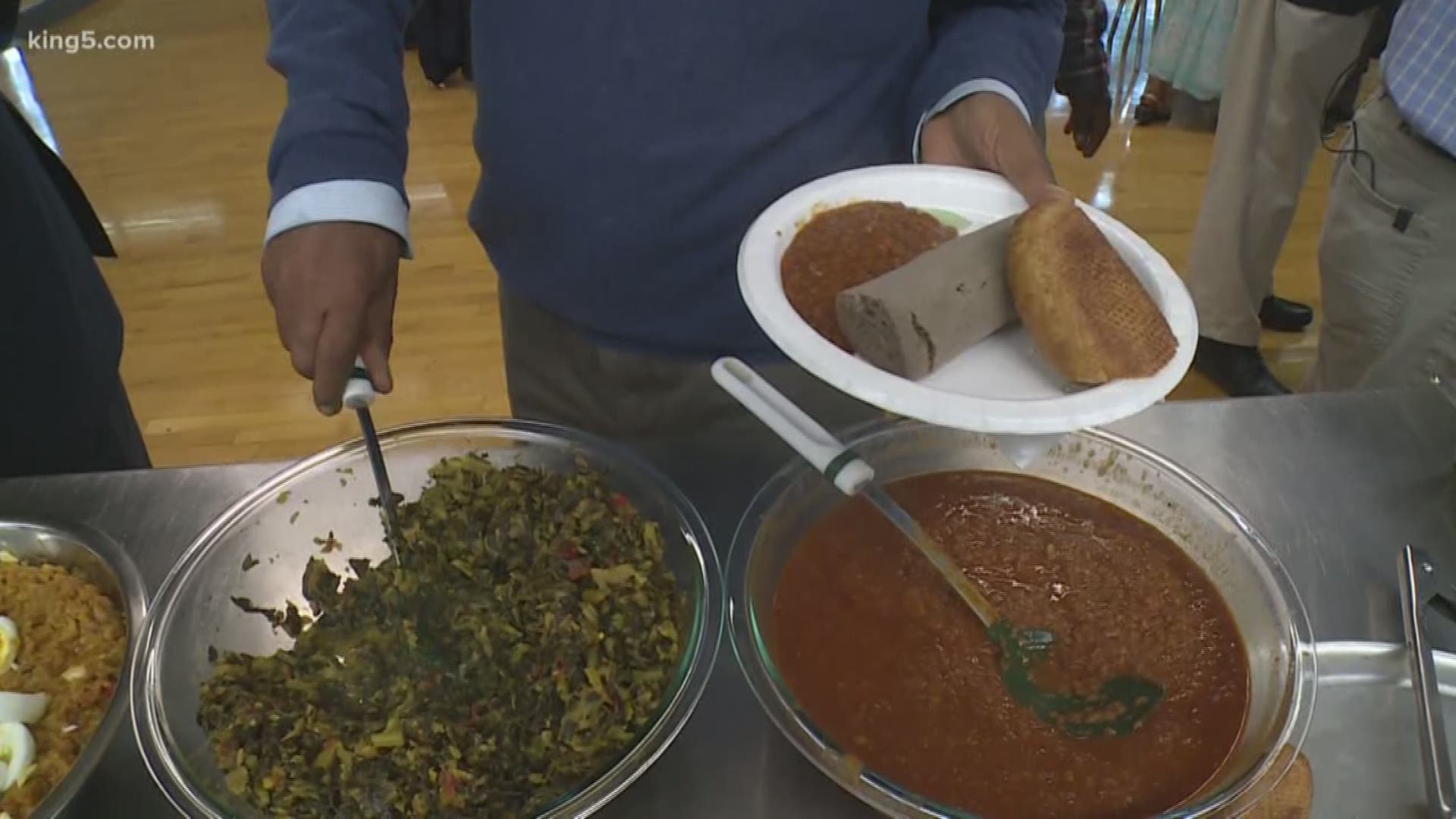 Non-profit groups are partnering with the city of Seattle to help keep older members of the growing East African population healthy and active.

For a good example of how the region’s population is changing, visit the kitchen at Northgate Community Center around lunchtime on Tuesdays.

“We do this every day at home,” said Emebet Mamo, as she stirred a pot of lentils.

Mamo and her mother Jemaneshe Demisse are among a team of cooks and volunteers serving the city's aging East African population through a newly expanded food and fitness program.

“Everything is healthy,” Mamo said.

The goal is to keep people active and socializing with their peers. After some quick exercises, they gather for prayer, and then fill their plates.

Programs like this are adapting, as rising costs push the city's immigrant and refugee community away from Seattle's core.

“Because of gentrification, most people are moving to Lake City, Shoreline area, and Northgate area,” said Michael Neguse, a community organizer and voice for the East African population.

This new lunch, which serves a population north of the city, is in addition to a similar program near downtown.

“It's not about the food, it's about bringing the community together. This gives them the chance to meet other elderly (people),” said Neguse.

Community groups offer social services and educational programs as part of the meal. They say they hope it fills a gap in the needs of older people who settled in Seattle and still enjoy a taste of home.

“That means a sound mind and a sound body,” said Asefa Tessema, who participated in the meal.

The weekly lunch is organized by Seattle Parks and Recreation, Sound Generations, the Hunger Intervention Program, and Horn of Africa Services.