'We have to do something.' Hundreds in Seattle moved to action by immigration policy

The ACLU of Washington, Northwest Immigrant Rights Project, and Kids in Need Defense Fund updated the crowd of 300 at St. Mark's Episcopal Cathedral in Seattle on how the family separation story is playing out in Washington. 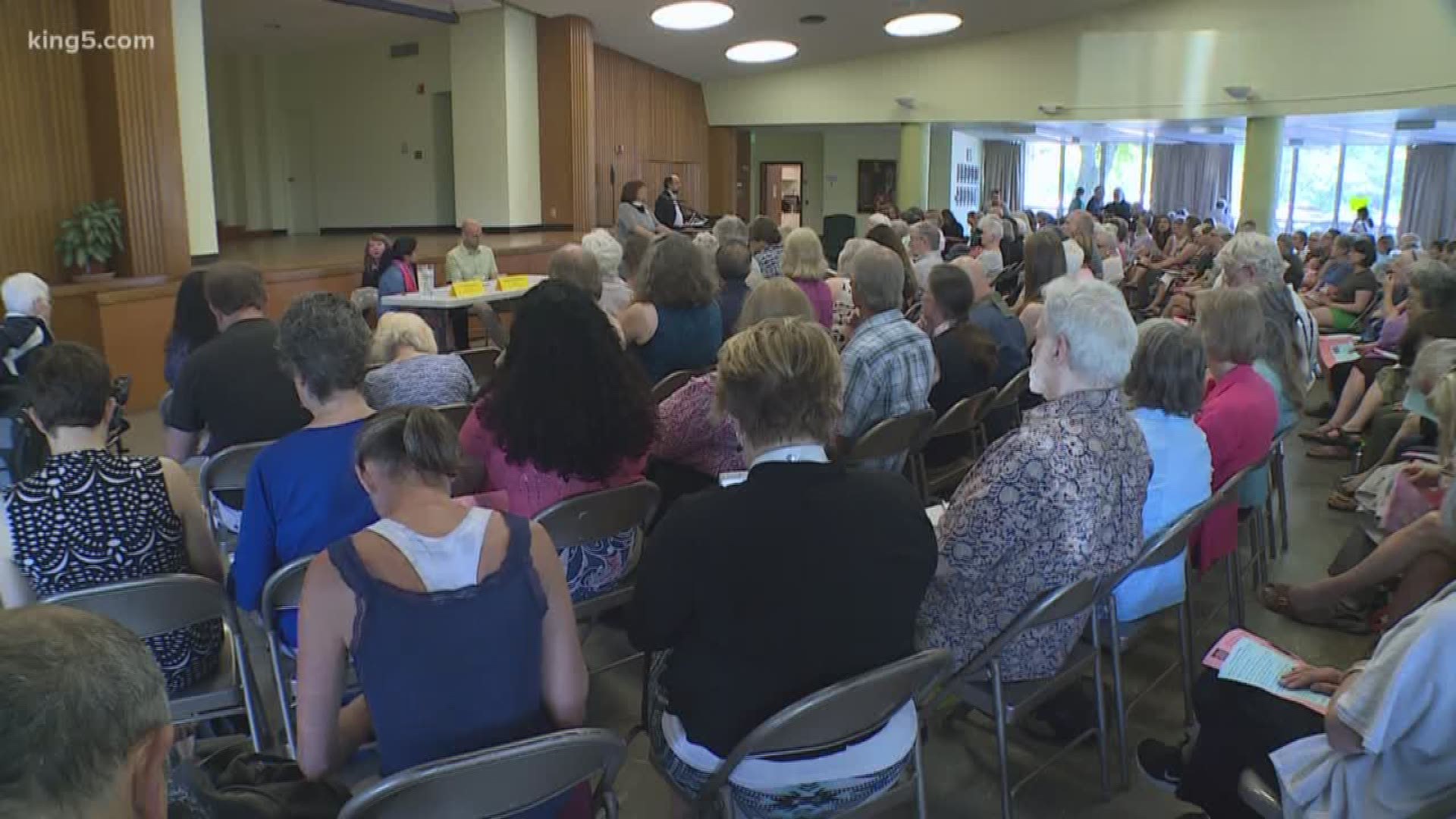 A crowd of 300 that gathered in a Seattle church Wednesday morning felt moved to action by what they see happening along the borders, in prisons, and detention centers nationwide, where parents seeking asylum in the U.S. have been separated from their children.

“Imagining these women and men whose babies are being taken away, it's disgusting. We have to do something and that's absolutely why I came today,” said Emily Christie, a mom of three who rounded up the kids and made the meeting at St. Mark’s Episcopal Cathedral a priority.

“The appalling, inhumane, cruel, yet not-unheard-of tragedy of separation of children from their parents is a crime against humanity,” said Michael Ramos, executive director of the Church Council of Greater Seattle, which helped organize the event.

The ACLU of Washington, Northwest Immigrant Rights Project, and Kids in Need Defense Fund updated the crowd on how the family separation story is playing out in Washington.

The Northwest Immigrant Rights Project says 50 or more parents whose children have been taken from them are detained at a federal prison in SeaTac. The Bureau of Prisons would not confirm that figure to KING 5 but says there are 167 people held there.

Some attendees of the Wednesday meeting offered space in their homes to asylum seekers who might need shelter once they leave detention. Others donated money, organized marches and vigils, and shared contact information for their elected officials so they can voice their opinions.

“We have to organize as a huge group, and that's what the hardest part is,” Christie said.