Human trafficking can involve force, fraud, or coercion. The crime generates billions of dollars each year, but there is a grassroots effort in Seattle to combat this modern-day slavery. 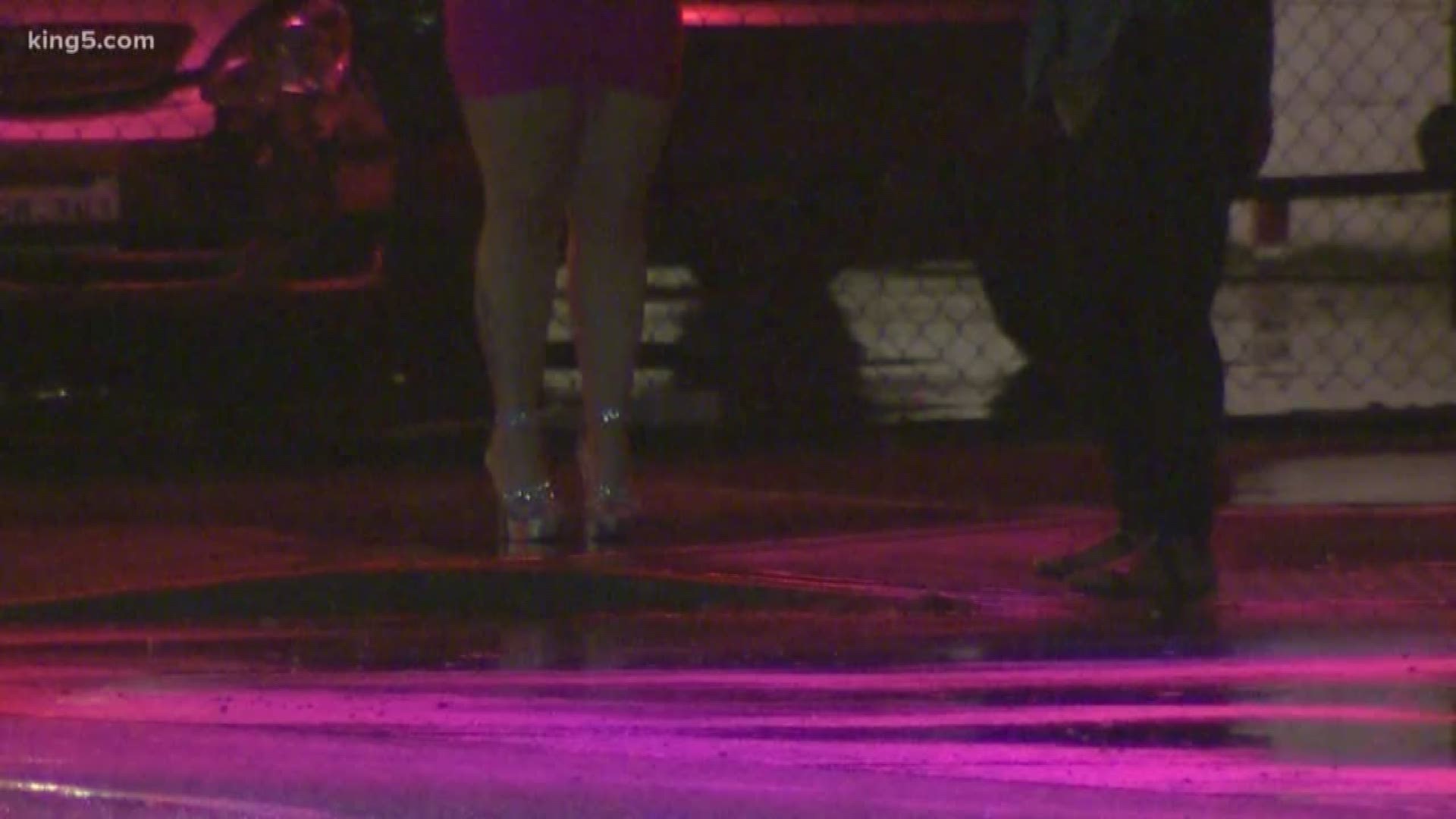 SEATTLE — Kyra Doubek is candid about what her life used to be like.

"There are certain lies that you have to tell yourself when you are in something so traumatic, and stressful, and uncertain, and abusive, and violating,” Doubek said. “That was the only way I could look at myself in the mirror.”

Doubek is a sex trafficking survivor. She was trafficked on and off from age 15 to 26.

"The first time I was even propositioned I was 14," Doubek said.

She moved from hotel to hotel in Washington state, going wherever she could make the most money. She describes it as constant chaos. Back then, she had little contact with her family.

"It is very isolating. It is the loneliest," Doubek said. "Everybody needs to know the signs and symptoms to look for."

Businesses Ending Slavery and Trafficking is a Washington-based group. At the nonprofit's Seattle office, they say businesses can play a role in prevention.

"There are between 300 and 500 youth at any given time in King County who are experiencing trafficking, so it is absolutely happening here," Shin said.

When Virginia McKenzie with Seattle Rotary learned about human trafficking, she decided to act.

"It just made me so mad and sad at the same time. I had to find a way to get involved," said McKenzie.

She became an advocate and reached Seattle Fire Chief Harold Scoggins through her rotary club.

During a recent rotary meeting, Scoggins said because of his connection with Virginia, he became aware of training about human trafficking and sent his EMS trainers to learn about the warning signs.

"The success story that came out of it is our Seattle Fire Department has correctly identified four young ladies who were suffering with trafficking and got them reunited with their families or referred to services," McKenzie said.

"I think it is incredible," said Doubek. "The more that we start calling people into the conversation, the more we are going to see this kind of changing."

It's the life Doubek left behind more than six years ago, and now she wants to see others get help too.

The Break the Chains of Human Trafficking 5K Fundraiser will take place at The Commons Mall in Kent at 9:30 a.m. Saturday. The goal of the annual event is to raise awareness.