Video captured waves crashing onto the deck of the Kingston – Edmonds ferry during Friday’s windstorm. 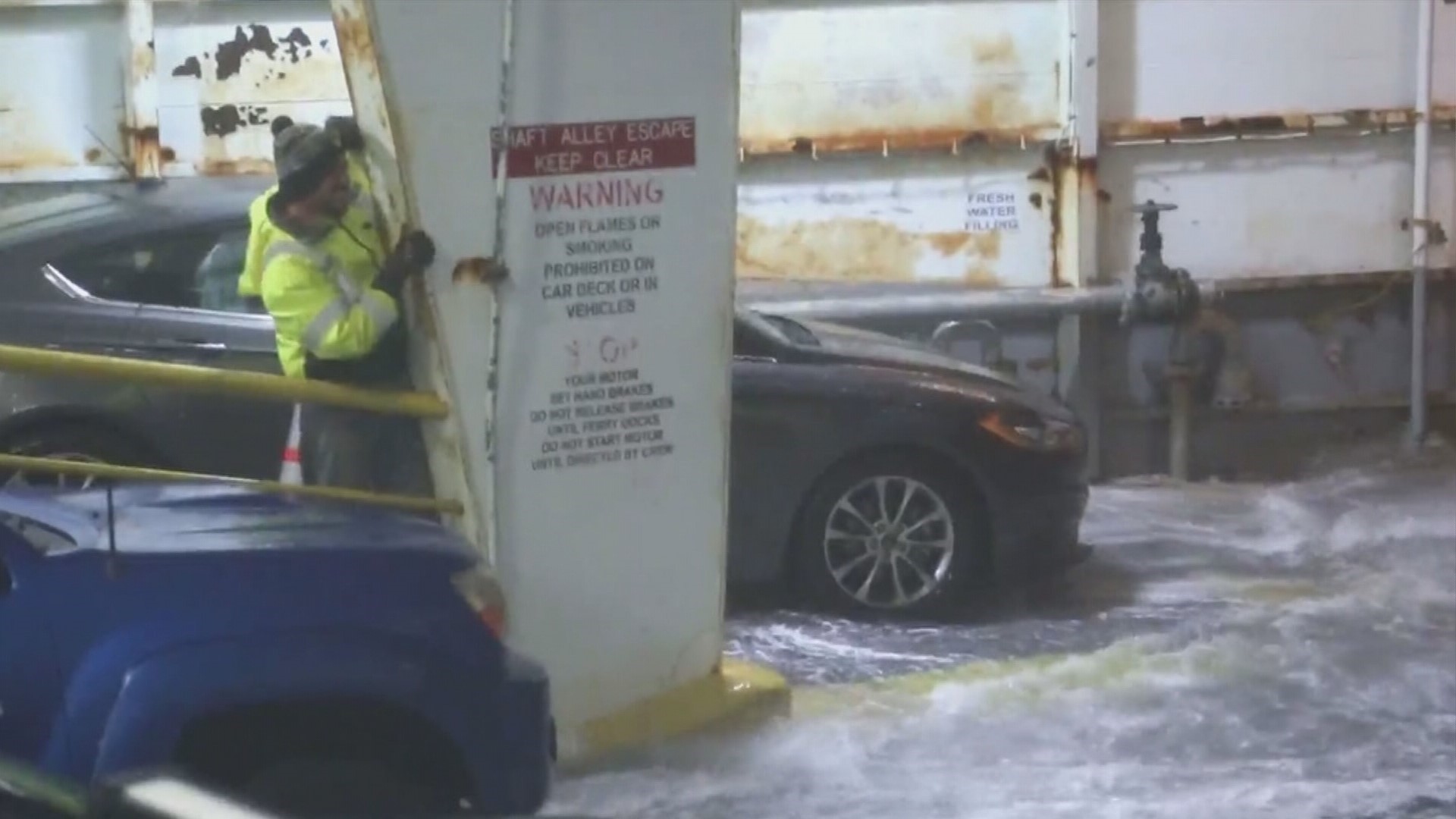 Passengers on the Kingston-Edmonds ferry got a wild ride across Puget Sound during Friday night’s windstorm.

Video from the crossing shows huge waves crashing onto the deck of the ferry as workers near the front of the vessel took cover.

Storm chaser Benjamin Jurkovich was on the ferry as strong winds and waves caused the rocky ride. The ride across Puget Sound normally takes about 20 minutes, but Friday’s crossing during the windstorm took about 45 minutes.

At one point the ferry came to a full stop and “just rocked in the waves,” Jurkovich said in a tweet.

Washington State Ferries shared a video Friday of another rocky ferry ride for passengers sailing from Bainbridge to Seattle.

A falling branch in Bothell seriously injured a woman in her 60s. She was transported to Harborview after a large limb struck her while she was standing outside watching the storm Friday night.

Also in Bothell, a large tree fell around 7 p.m. and brought down live power lines onto a carpool vehicle with three adults and two kids inside. Crews were able to evacuate everyone by 9 p.m safely.

In West Seattle, a tree crashed to the ground, striking telephone lines and damaging a vehicle. No one was hurt, but Orchard St. was impassable between 18th Ave. SW and Dumar Way.

Friday’s storm system slammed Port Angeles and the Olympic Peninsula, causing damage across the city. The city declared a State of Emergency after reports of widespread damage.

The Port Angeles Police Department says they "received a high number of calls for trees down, wires down and other obstructions across roadways."

Power was knocked out across the region, which impacted the response time to downed trees and wires. The police department urged residents to stay inside and not travel during the peak of the storm.

The Clallam County Public Utilities Department is asking all customers to converse water due to a system-wide power outage. The PUD advises using water for essential purposes only.