Seattle tree enthusiast Suzanne Grant led a group in song during public comment at a Land Use & Neighborhoods Committee meeting. 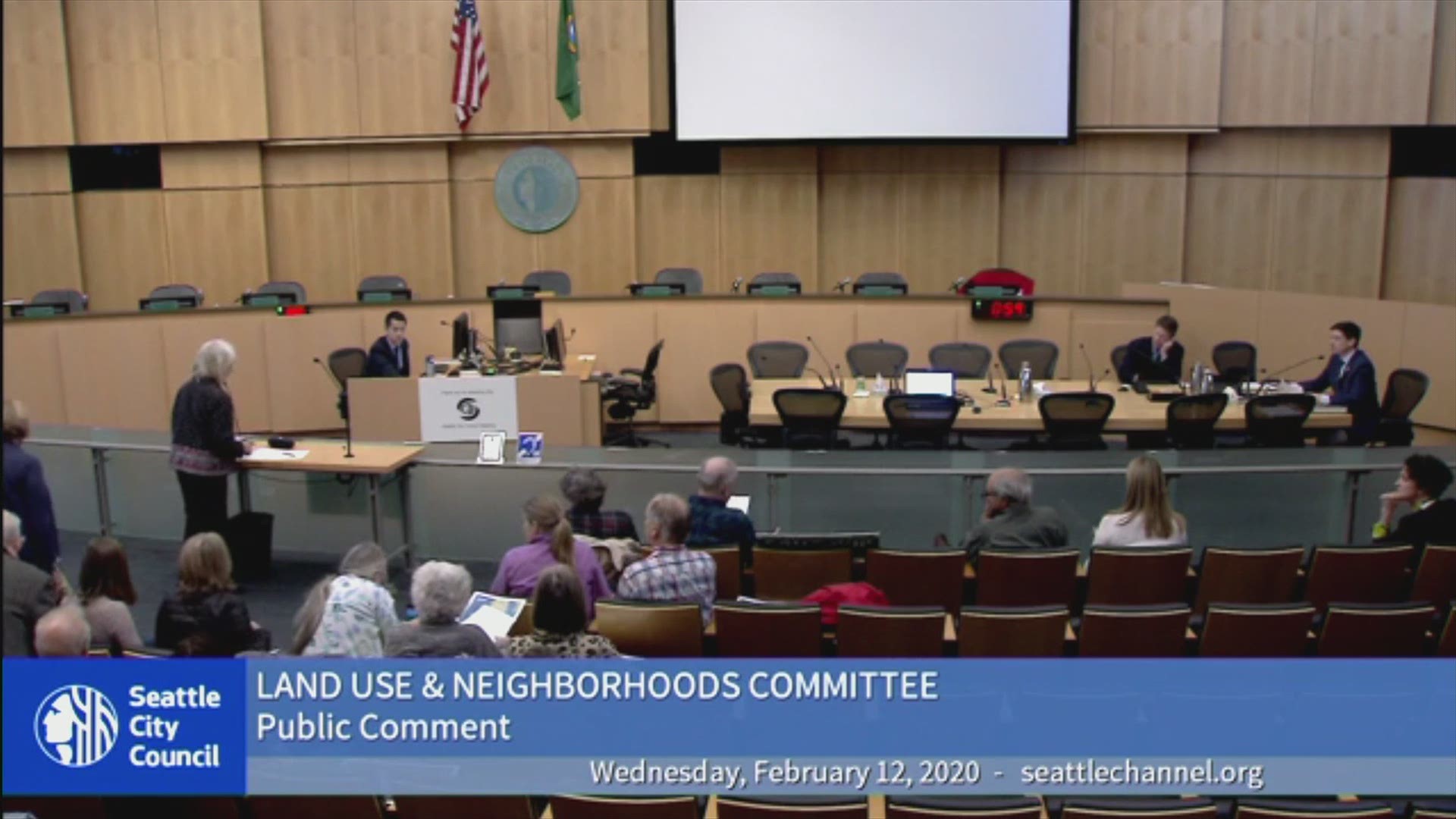 A musical tribute to trees is racking up video views after a group of activists broke into song before the Seattle City Council.

Suzanne Grant approached the microphone during public comment of Wednesday's Land Use & Neighborhoods Committee meeting. She was flanked by fellow tree rights activists, including one woman dressed in bright green with a leafy headdress.

Grant's passionate performance includes the lyrics: "A magnificent tree was murdered. The mighty dollar cut it down."

She encouraged her group of supporters to join the repeating chorus: "There's a hole in the sky where the tree once was. Somebody's making money."

Footage of the city song was tweeted by The Stranger's Nathalie Graham, dubbing it the "Tree Murder Song," and the video had more than 144,000 views by the following day.

While the spectacle of the song is going viral, the message is a serious matter to the "Save Our Trees" group who pleads on their website: Don't Clearcut Seattle!

The group is urging the city council to update Seattle's tree ordinance and prevent urban forests from getting chopped for development.

Save Our Trees writes, "With increasing development Seattle is losing its trees and tree canopy volume." The group says Seattle has lax enforcement of the Tree Protection Ordinance and has not updated protections of trees and urban forests, like other cities have.

After the performance, Grant was given a verbal warning for disrupting the meeting by leading others in song. Councilmember Andrew J. Lewis, who represents District 7 from Pioneer Square to Magnolia, thanked Grant for her time and said he would follow up about the ordinance. 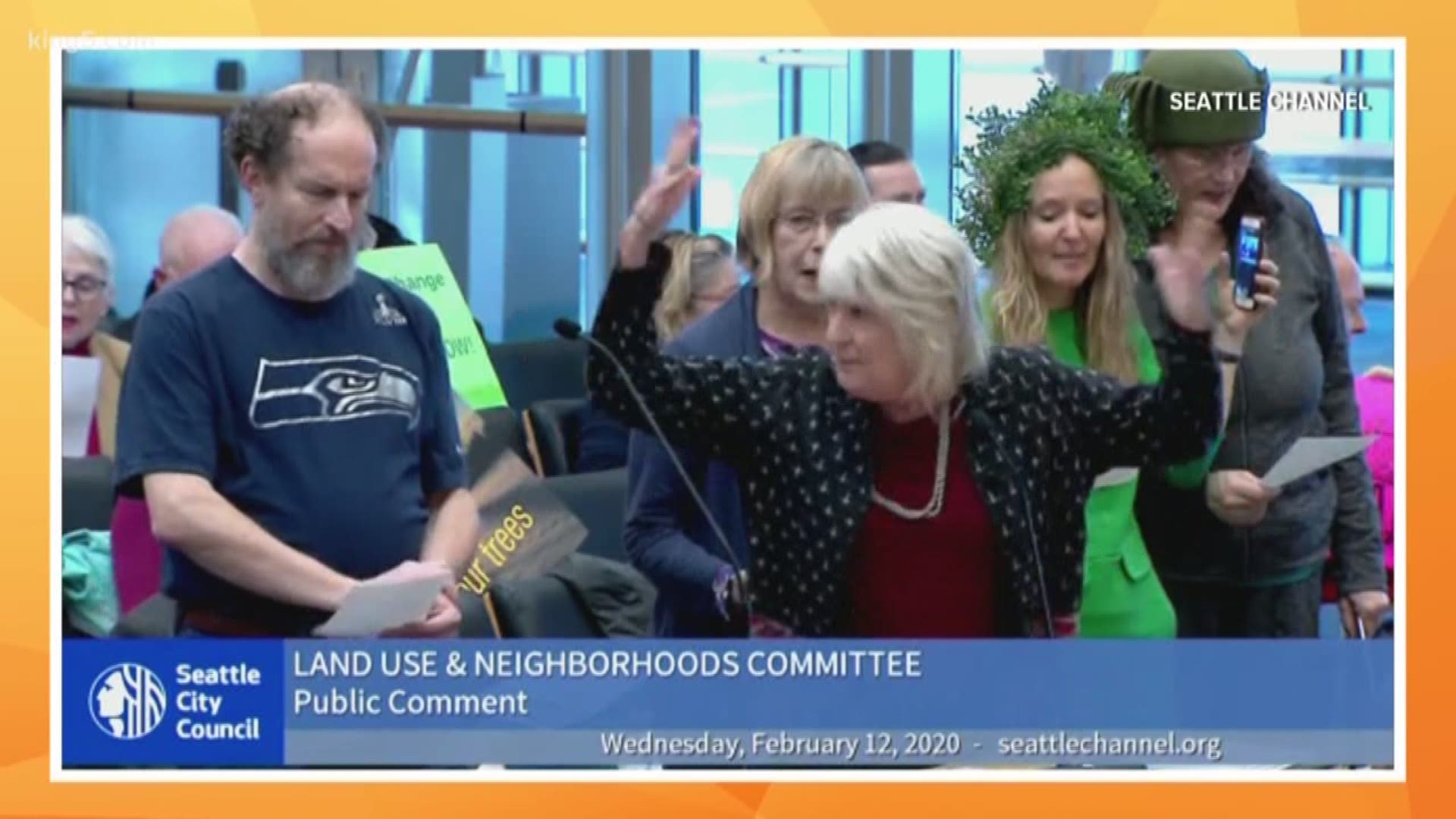