Like sea lions, orcas also band together to help their family members. 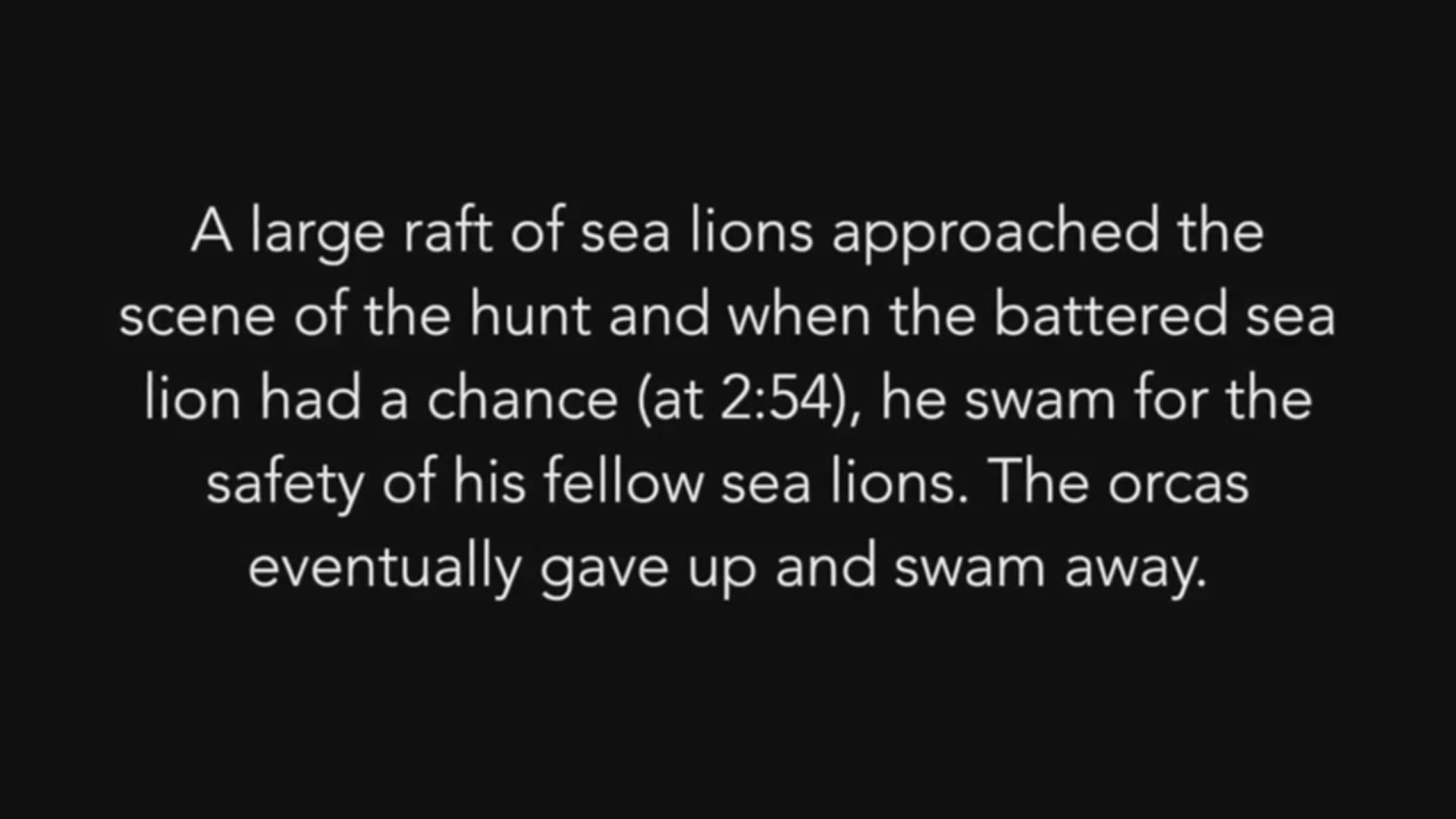 An epic showdown played out in Puget Sound between a family of orcas and a sea lion with a posse.

Western Prince Whale Watching came upon a family group of Bigg's Killer whales, a transient pod. The orcas were hunting a Steller sea lion off the coast of Washington's Spieden Island.

According to the tour group, the orca family "pursued and rammed the sea lion for several minutes when something interesting happened." Traci Walter was filming as a large group of sea lions, known as a raft, swam up to the whales, giving the battered sea lion a chance to swim away.

After the singled-out sea lion found haven in the group, the orcas eventually gave up and swam away.

The prey escaped the predator on this Pacific Northwest day.

The video from Western Prince Whale Watching was taken with a 600 mm lens, abiding with whale watching regulations found on bewhalewise.org.