The fire broke out in what used to be the Polly Esther's Culture Club, an old nightclub in Seattle. 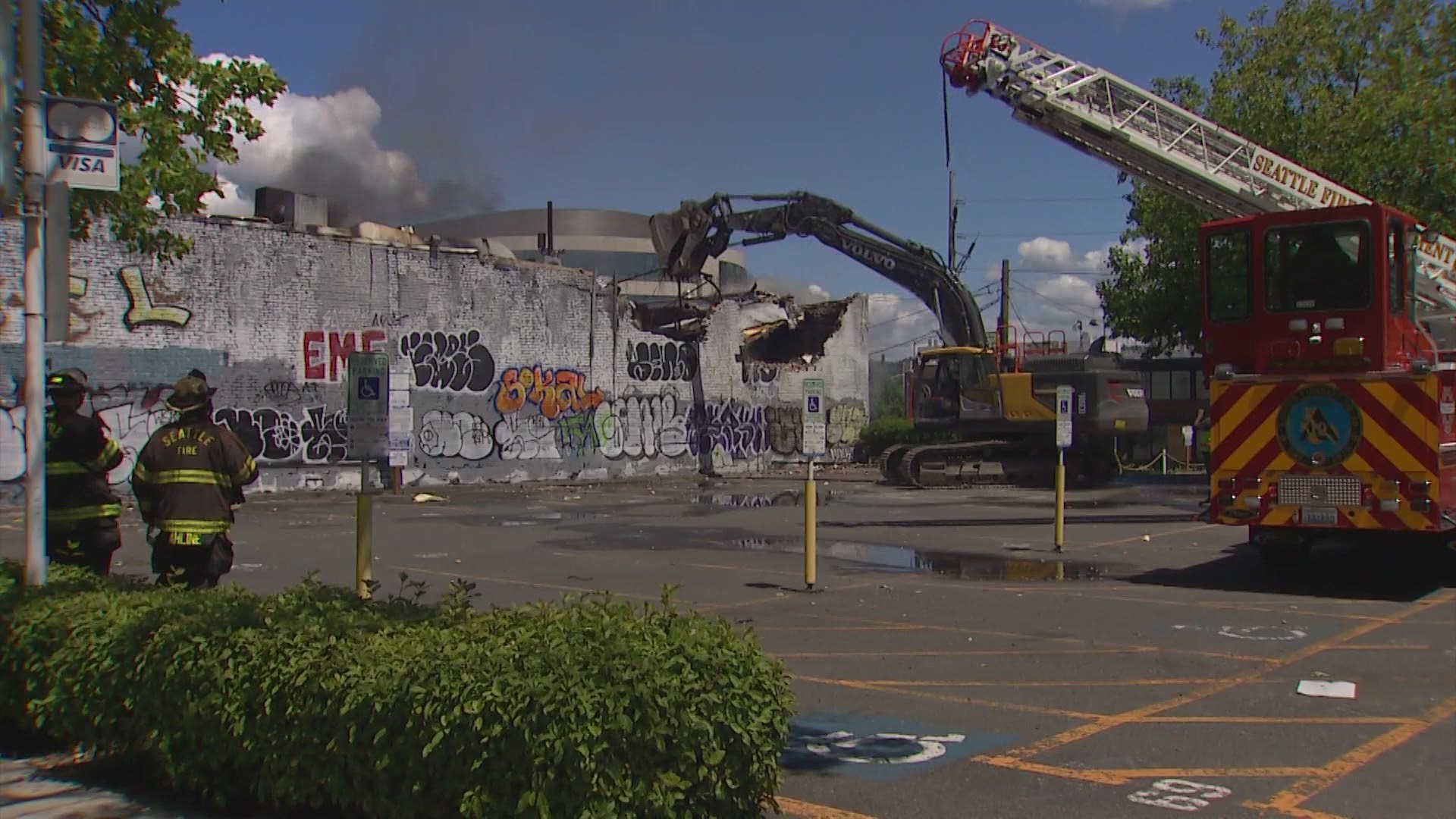 SEATTLE — A vacant building near Seattle Center was demolished Wednesday after a large fire tore through the building Tuesday afternoon.

Seattle Fire Department crews responded to the structure fire in the 500 block of Harrison Street shortly after 4 p.m. Tuesday after getting reports of heavy smoke.

The fire broke out in what used to be the Polly Esther's Culture Club, an old nightclub in Seattle.

Firefighters maintained a defensive position on the fire for most of the evening due to concerns for the building's stability, Seattle fire officials said.

Fire officials said when crews first arrived, they got reports from bystanders that there may have been someone inside the building. Unable to enter the building, firefighters used thermal imaging to check the building and determined no one was inside.

So far, no injuries have been reported from the fire.

Firefighters got the blaze under control Tuesday evening and began demobilizing units around 7 p.m.

The building was still smoldering Wednesday afternoon as crews began demolishing what was left of the building.

The fire caused a lot of smoke in the area around the Seattle Center. Fire officials advised people living nearby to close their windows and doors to prevent smoke inhalation.

The cause of the fire is still unknown, but fire officials said there is evidence to suggest there may have been transient activity prior to the fire.