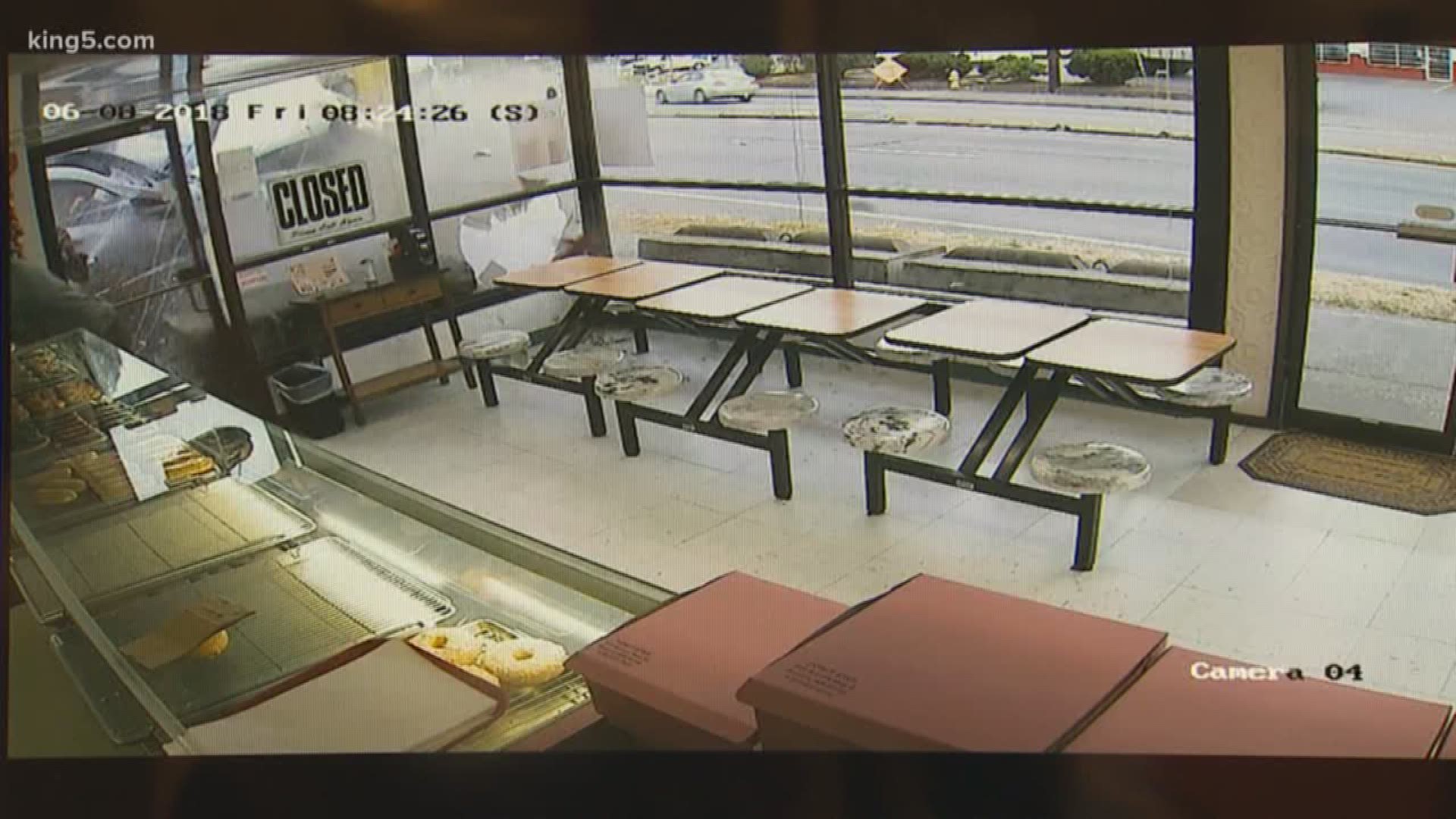 An Auburn donut shop got a close call Friday morning when a driver nearly drove his truck straight through its front door, narrowly missing a couple customers.

The Donut Star's surveillance cameras caught a white Dodge pickup truck drive off the road at high speeds and slam into concrete blocks placed in front of the store, just inches away from a customer who was about to enter the store.

May Poy, an employee at Donut Star, was in the back of the shop grabbing more donuts when the truck crashed.

"It would have been a disaster," Poy said, crediting the concrete blocks for stopping the truck. "Everybody's in a hurry all the time, but just slow down." 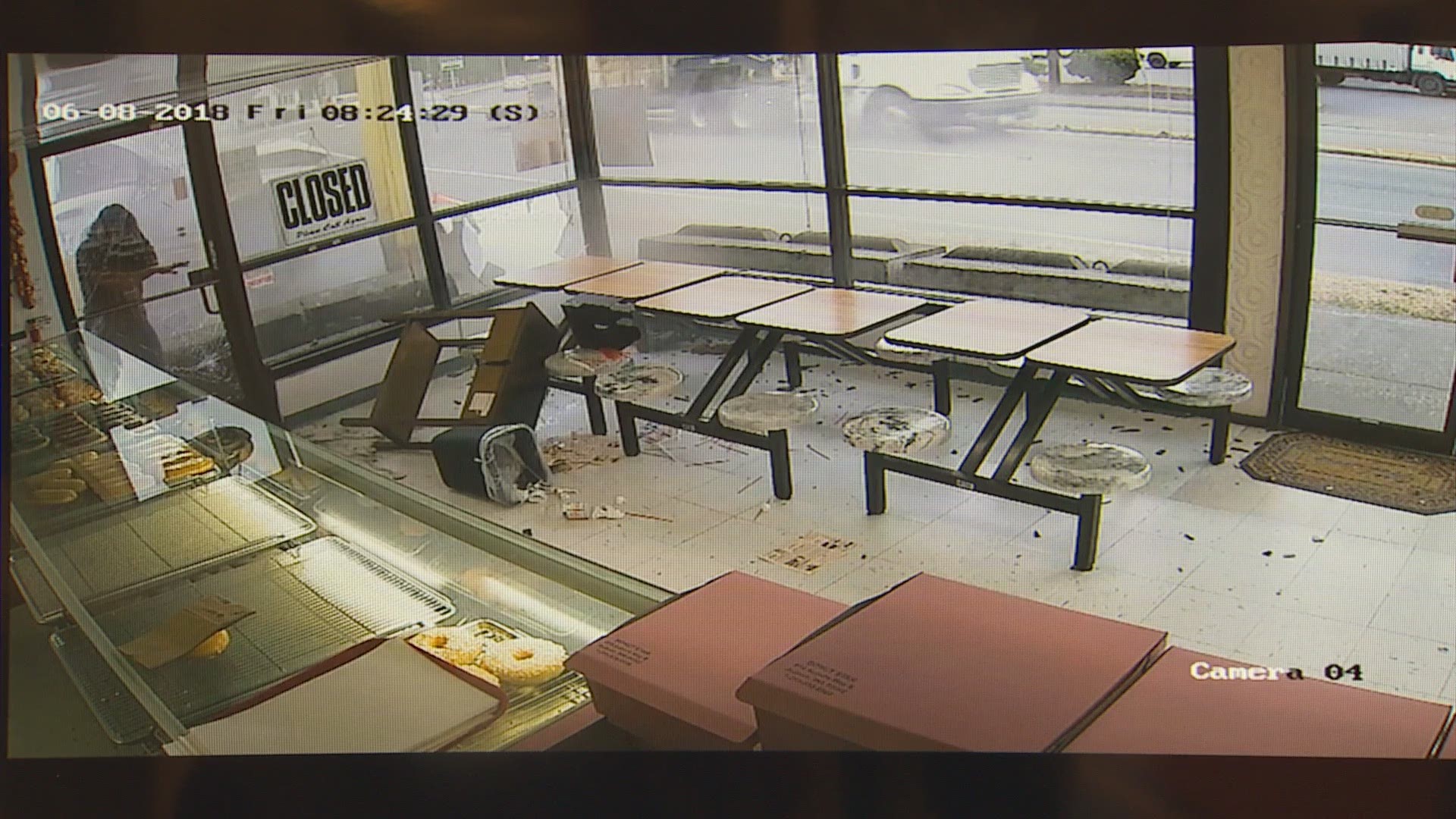 A couple customers were in the store, but no one was seriously injured. The pickup did make contact with the building, causing minor damage to windows.

Police arrested the driver, a male in his 40s, on suspicion of driving under the influence.

Donut Star is located in the 900 block of Auburn Way S.