Washington is the first state to allow a burial alternative. Beginning in 2020, families will have the option to turn deceased relatives into nutrient rich soil. 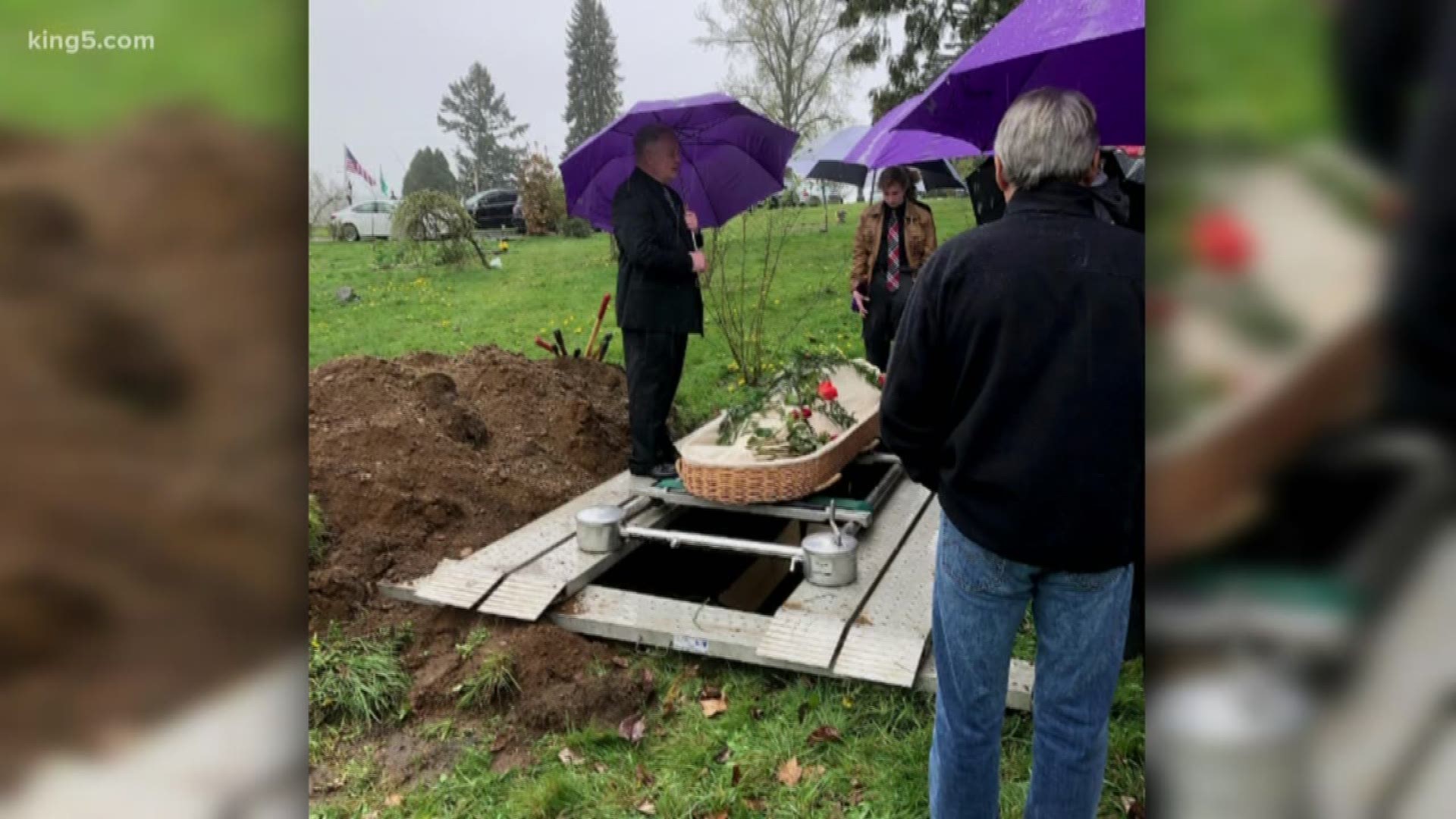 Washington is the first state in the nation to allow for a burial alternative known as “natural organic reduction," or human composting. Starting in 2020 family members will have the option to turn a deceased relative into a nutrient rich soil.

This concept is comforting to Susan Ross of Seattle who recently lost her husband and fulfilled his dying wish of providing him with a ‘green burial.’

“My son said the most wonderful thing. He was a lighthouse is what he was for many many people,” Susan Ross said, describing her late husband Ted.

“He was very specific in his will that he wanted a green burial,” Susan Ross said.

That’s where Char Carpenter Barrett and A Sacred Moment Funeral Services came in.

“They’re seeing the way in which they lived and they want their death to be a reflection of that life,” Barrett said.

Ted was buried in a biodegradable casket and left to return to the earth. A service that she’s provided for years and one she will take a step further next year thanks to the signing of a new bill.

That bill allows for a human body to be broken down in two new ways. The first is recomposting – the process of turning a human body into soil.

“Recompositing that’s a concept that is new not only in Washington state but in the world,” Barrett said.

The second is known as alkaline hydrolysis. It uses heat, pressure, water, and chemicals to reduce a person to bones. In both cases the body retains nutritional properties, and in both cases the remains can be spread.

“It still has all it’s nutrient value which is really phenomenal. It is a much greener-less carbon-intensive process than our current flame based process,” Barrett continued.

Alkaline hydrolysis is currently legal in Oregon and it’s one that Barnett can use if a family is willing to cross state lines.

As for Susan Ross, there is comfort in knowing her husband’s last wish was met.

“There’s something incredibly beautiful about becoming a part of the earth and feeding the earth that fed life while were alive,” she said.

This is an alternative to a traditional burial that people expect will continue to grow in popularity.