President Trump's aggressive action on trade that has prompted retaliatory action from countries has farmers and others worry it will hurt their bottom lines. 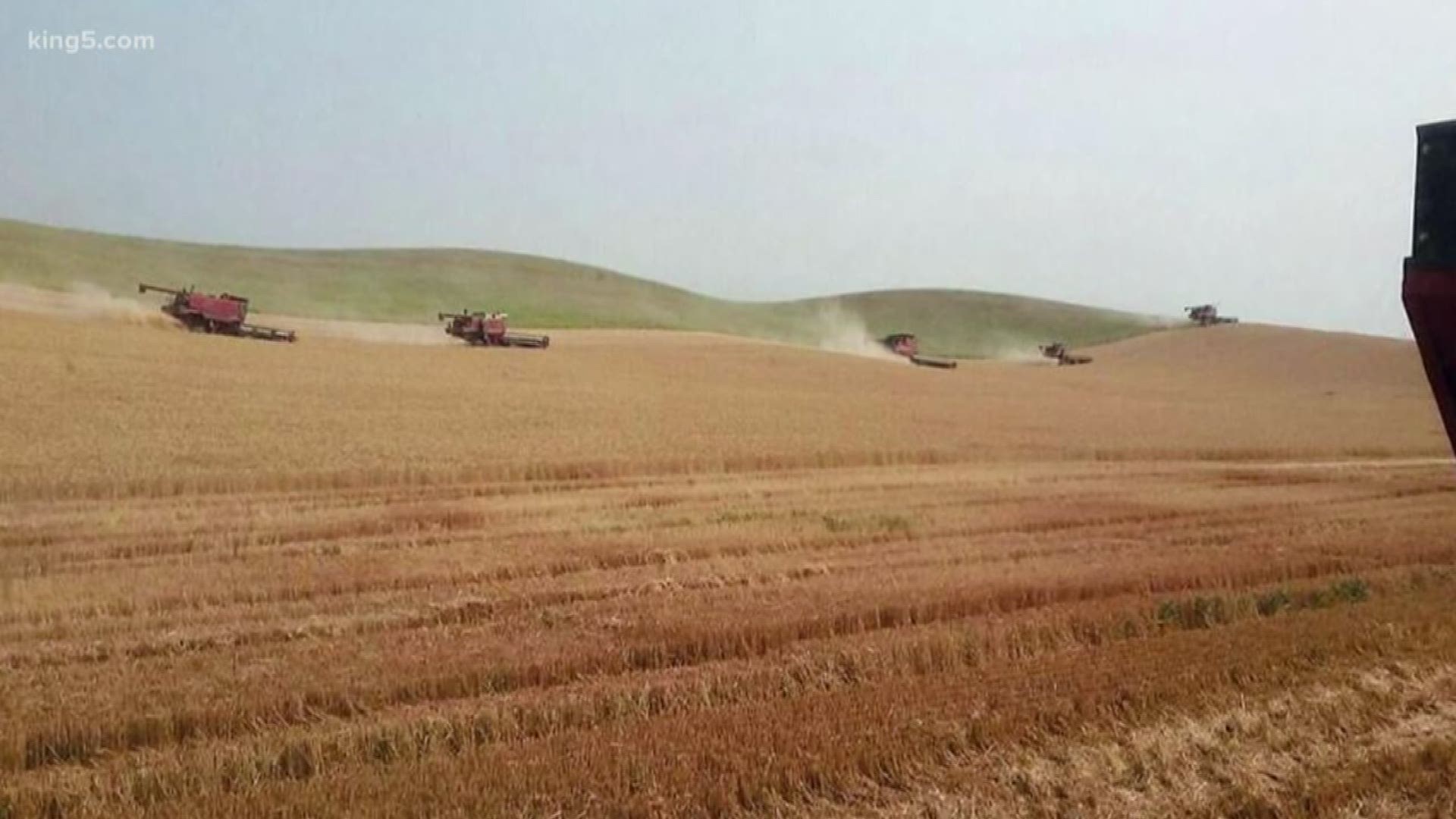 Michelle Hennings of the Washington Association of Wheat Growers says last year at this time, Washington state exported 270,000 metric tons of wheat to China. This year, the number is zero, amid continuing trade tensions overseas.

That represents tens of millions of dollars in export business. Last year, Washington wheat exports to China were valued at $67.5 million, according to the Washington State Department of Agriculture.

“They understand why the administration is doing what they're doing, because of the unfairness that the Chinese have done to the united states but it's very concerning that agriculture is getting caught in the middle of this.”

While the Trump administration has proposed $12 billion in trade aid for U.S. farmers to provide relief from retaliatory tariffs on products including soybeans and wheat, growers in Washington say they just want free-trade and a long-term solution.

“All of a sudden that relationship has been snapped and (importers) found new places to purchase wheat or apples or cherries,” Hamilton described. “You have to go back and regain their trust somehow to get their market share back, and there's no guarantee.”

Hamilton says while it's still too early to assess long-term impact to Washington state, the value of Washington exports being targeted by the various retaliatory tariffs is currently estimated at about $1.8 billion worth of goods based on 2017 estimates, more than $1 billion of which is agriculture.

“I think we need to back away from tariffs. It's not generating the results you wanted. We need to work with like-minded countries to address common concerns and work as a united front,” said Hamilton.

“There are legitimate trade issues out there, and other countries have the same concerns,” Hamilton continued. “We need to be on the same page with them to address and put pressure on other countries to amend their trading practices that aren’t fair.”

Back in eastern Washington, Michelle Henning says growers aren't experiencing worst-case scenarios yet, but the clock is running.

“Currently, it's not quite there, but it could get there quickly, and yes you would see farmers go out of business if we can't trade our wheat,” she said.

Japan, the Philippines, and Indonesia count as the top three export markets for Washington wheat. However, Hennings is worried that with the administration’s decision to withdraw from the Trans-Pacific Trade Partnership, known as TPP, competitors could start to eat into Washington’s market share.

“Once that happens, it will be nearly impossible to get that back,” she said.