A driver says WSP Trooper Jessica Schob protected him and other vehicles when she intercepted a wrong-way driver on State Route 3 near Silverdale on Friday. 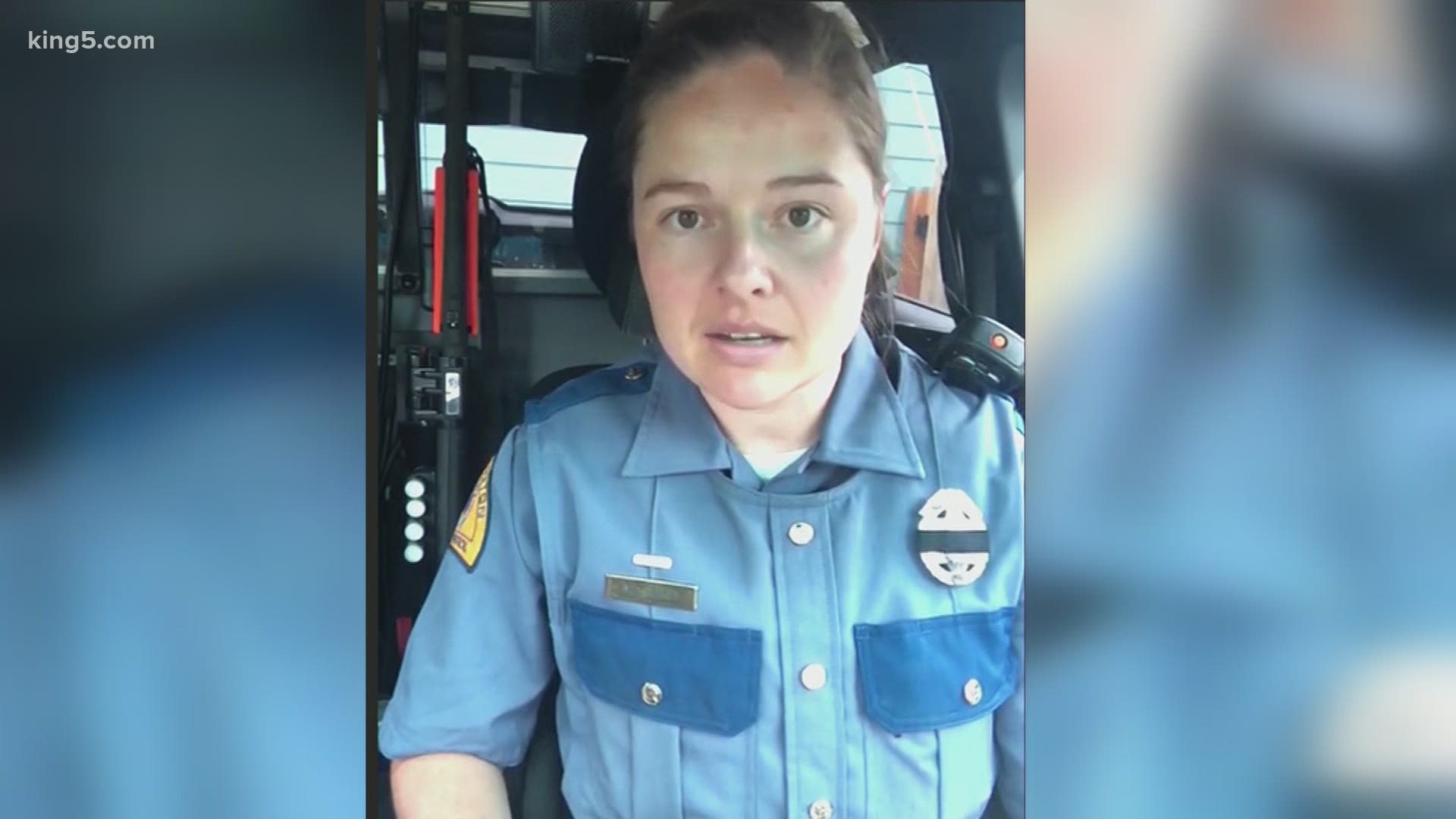 A Washington State Patrol trooper faced danger head-on when she stopped a wrong-way driver in Kitsap County on Friday.

Trooper Jessica Schob was on patrol when dispatch received dozens of calls about a driver going the wrong direction on State Route 3 near Silverdale on Friday afternoon.

Schob used her cruiser to slow down traffic on SR 3 and veer other vehicles out of the way, according to the WSP incident report. Then she observed the suspect's vehicle rounding a corner in the wrong direction. Schob put her cruiser in the car's path and collided with the white sedan in the left lane of SR 3, sending both vehicles off the road.

The trooper was treated for minor injuries and released to recover at home.

The wrong-way driver, a 39-year-old Quilcene woman, was not hurt. She was arrested for investigation of driving under the influence.

Shane Kennedy, of Poulsbo, was driving northbound on SR 3 when he witnessed Trooper Schob race past him and started swerving to warn him about the danger ahead.

"I pull over to the side of the road even further," Kennedy said. "And two seconds after that, this white vehicle comes around the corner there and just slams head on into that trooper.

He said Schob may have saved his life and others with her quick-thinking actions and bravery.

"That trooper went out of her way to make sure that car couldn't go any further and took the hit," Kennedy said. "We're talking a couple of seconds and that would have been me going 70 miles an hour head on into that lady."

After Schob's cruiser collided with the white sedan, Schob crawled out of her window to check on the wrong-way driver.

Despite the harrowing ordeal, Schob gave credit to alert citizens for preventing what could have been a much worse outcome.

"The community did an amazing job in giving us continual updates," Schob told KING 5 on Saturday. "I am extremely grateful for how many callers that we had."

She described the moments before impact.

"So on the way there, it was how can I try and eliminate the most injury or the most damage. I'm running through every scenario as fast as I can."

WSP praised Schob for her selfless commitment to the community.

“Wrong way drivers can be one of the scariest, most dangerous people on our highways,” said WSP District 8 Captain James Mjor. “Our trooper had to make a grave decision to put herself between the public and a dangerous driver, risking her own safety. No doubt our trooper’s actions tonight perhaps saved innocent motorists and a suspect in crisis.”

Trooper Schob has been with the WSP for five years and transferred to the Bremerton area in May 2017.

A #Bremerton trooper was injured after stopping an impaired, wrong-way driver with her patrol car today on SR 3 at Newberry Hill. The wrong way driver was uninjured & taken into custody by @KitsapCoSheriff for #DUI.

Our trooper was treated, released & recovering at home. pic.twitter.com/8d9JDVre9K