A Washington State Trooper who flew a Confederate flag above his driveway claimed he inherited the flag from his grandfather and didn't realize the "implications" of it, according to a state patrol spokesperson. 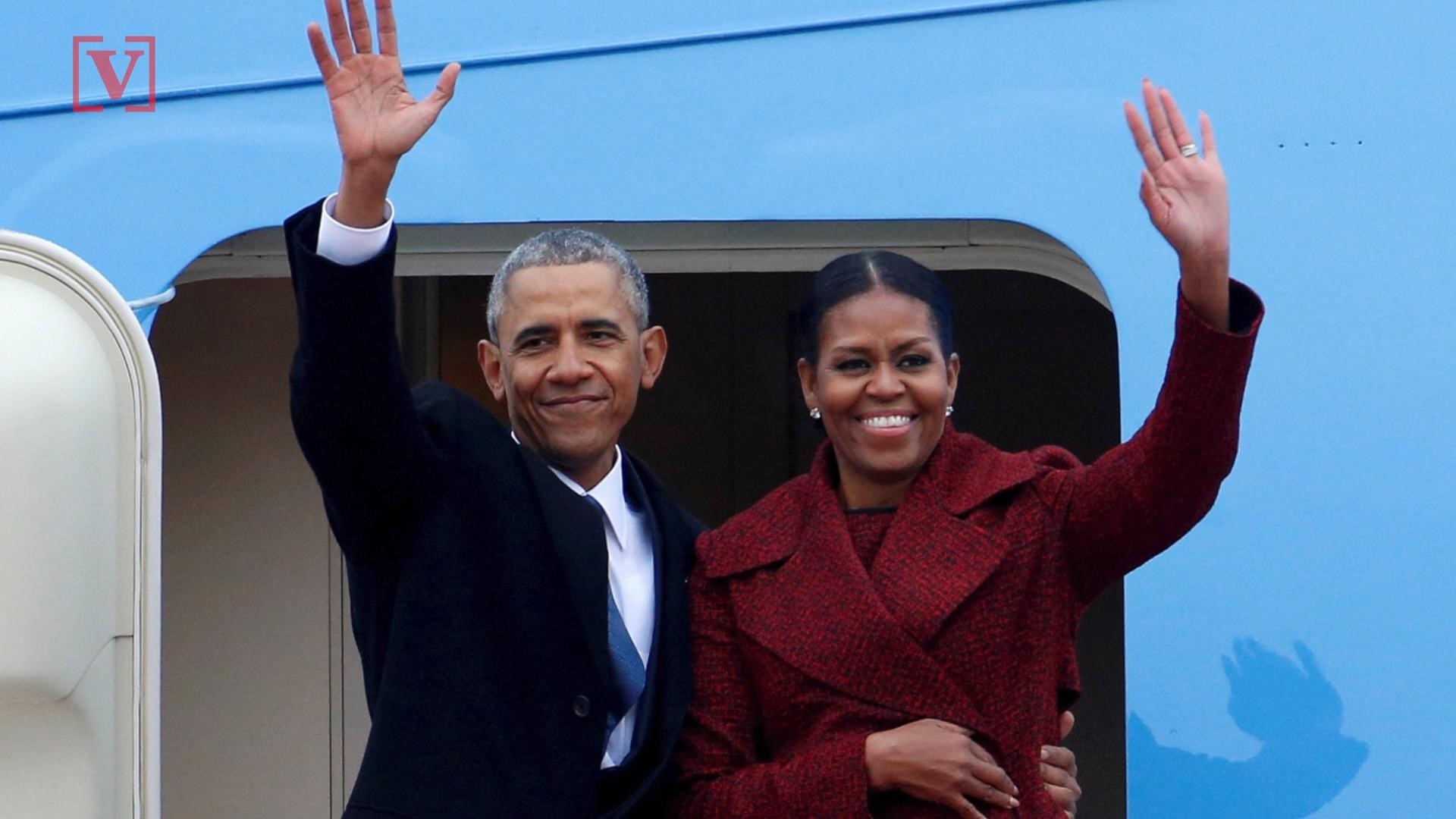 SILVERDALE — A Washington State Patrol trooper who flew a Confederate flag at his Silverdale home with his official vehicle parked underneath in view of neighbors took the flag down after his supervisors were tipped off by a public records request from the Kitsap Sun.

Trooper James Manning claimed he inherited the flag from his grandfather and further claimed he was not aware of the "implications" of such a symbol, State Patrol spokesman Kyle Moore said.

Manning, who has been with the State Patrol since at least 2002, did not return a message left Wednesday with State Patrol dispatchers seeking comment.

The Confederate flag is so inflammatory that simply flying it on private property or being photographed wearing Confederate flag boxers has resulted in the firing of law enforcement officers from their jobs in other states. Moore said the State Patrol was not investigating the matter as misconduct because Manning took down the flag and no official complaint was lodged.

The flag could still affect Manning's ability to do his job, however. A local defense attorney said if Manning investigated a person of color, the attorney would try to use the photo at trial to impugn Manning’s credibility in front of jurors. The attorney cited two court cases — one from federal court in 2001 that found that it is reasonable to view the flag as a racist symbol.

The flag was brought to the attention of the Kitsap Sun after a person who lives near Manning was disturbed by the association of the publicly owned vehicle of a law enforcement officer parked under the flag. That person asked not to be named, saying they feared retaliation from the State Patrol.

Moore said because the person contacted the newspaper and didn’t file a complaint directly with the State Patrol, there was nothing to investigate. During the same interview, Moore confirmed supervisors can initiate misconduct investigations without a complaint from the public.

Moore said complaints from the public can be filed anonymously online by going to the State Patrol’s website.

Manning's supervisors were tipped off about the flag after the Kitsap Sun requested on June 1 the personnel file of the trooper assigned to the vehicle and any regulations regarding the display of potentially offensive symbols, specifically the Confederate flag.

The State Patrol responded that it would take up to 30 days to fulfill the request. The agency confirmed Manning’s name and badge number, which is also the license plate number on the car. Kitsap County property records list Manning as the owner of the house. 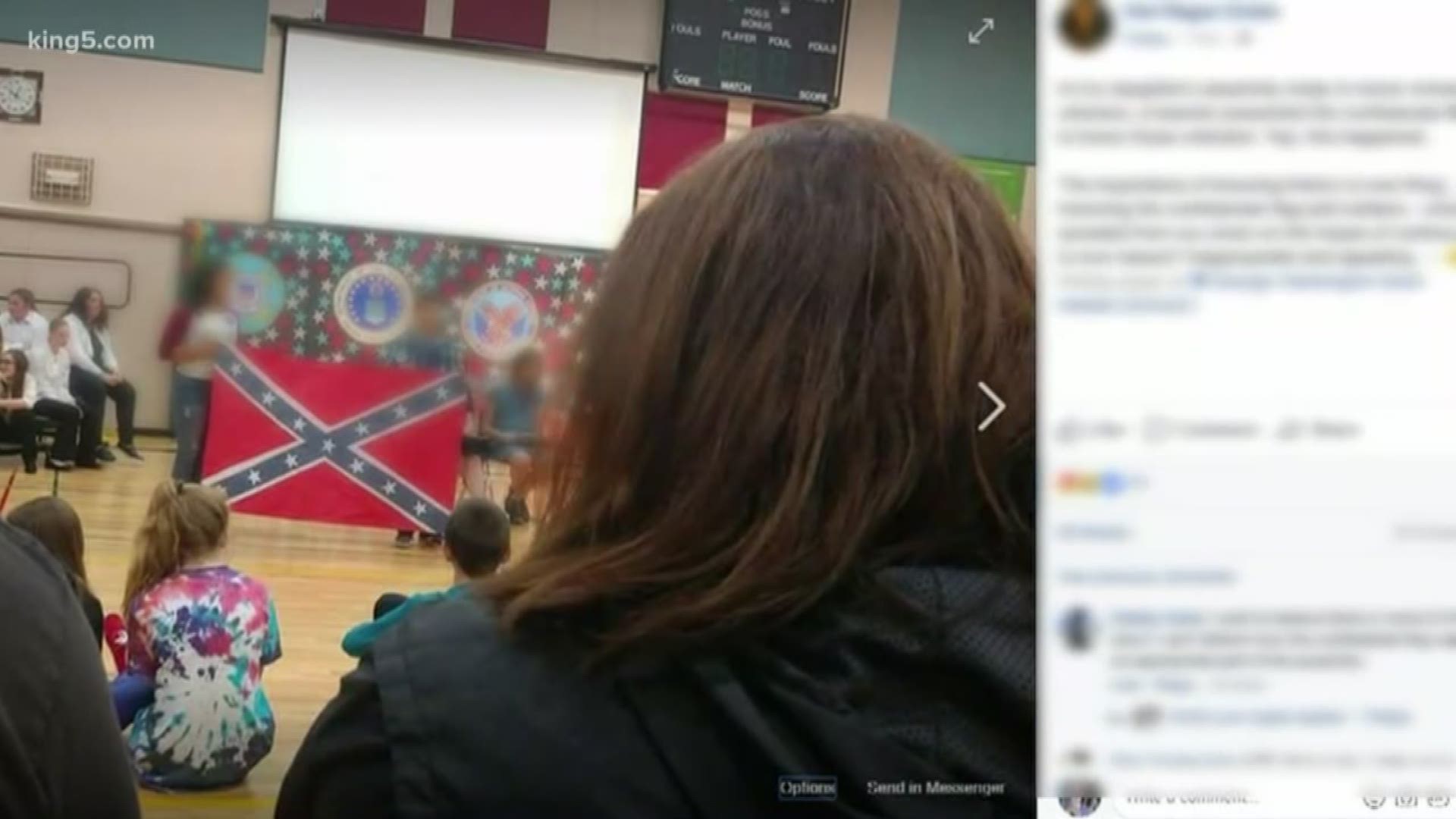 In the meantime, Moore said the commander of District 8 — which encompasses the Kitsap and Olympic peninsulas — was notified of the content of Kitsap Sun’s unfulfilled public records request by the Office of Professional Standards. The commander then notified Manning’s supervisor, Moore said, who went to his house off Clear Creek Road and apparently observed the flag. The Confederate flag has since been replaced with an American flag.

Before filing the records request, two reporters went to Manning’s house on June 1 and photographed the flag with Manning’s State Patrol vehicle parked underneath.

Capt. Chris Old is the District 8 commander but was unavailable Friday. Lt. Dan Sharp was filling in for Old and said he was told the trooper removed the flag because he did not want to offend anyone. He said that an ancestor of his had fought in the Civil War.

"To him he was honoring his family and history, he had no ill intent," Sharp said.

However, the flag has long been associated with racial segregation and is displayed at Ku Klux Klan and Nazi gatherings. Most recently, since 2015, the United States has seen a highly publicized effort to remove from public places the flag and statues honoring Confederate figures.

The latest backlash against such symbols started after a white supremacist murdered nine black church members in South Carolina. Dylann Roof, who has been sentenced to death for the attack on the Emanuel AME Church in Charleston, took photos of himself holding the flag and posted them online before the massacre.

Since then, other police departments have tried to immediately distance themselves from officers who have displayed the flag. At least two former officers have sued, saying their termination violated their free speech rights.

Since then, other police departments have tried to immediately distance themselves from officers who have displayed the flag. At least two former officers have sued, saying their termination violated their free speech rights.

A police sergeant in Georgia fired for conduct unbecoming an officer for flying the Confederate flag on her property — which she said she did to honor her late husband — has sued her former department for violating her free speech rights. That case is pending in U.S. District Court.

An officer in South Carolina, fired for posting a photo of himself in Confederate flag underwear, also sued in federal court and settled for $55,000.

Moore said there is not a regulation specifically addressing the display of the Confederate flag on a trooper’s private property or with their state-owned car under it, but he said there is a prohibition on conduct that could “bring discredit to the department or themselves.”

Despite the intended message of the flag on Manning’s property, or the State Patrol’s position on the matter, simply flying the flag could enter court cases where Manning is called to testify, one local attorney said.

“If I ever have a trial with this trooper that involves a minority defendant, I will move to admit the photograph as a racist act under rules that allow defendants to explore bias of those that testify against them,” attorney Adrian Pimentel wrote in an email to the Kitsap Sun. “There is considerable persuasive authority for admission of this photograph. Courts have consistently held that the Confederate flag is legitimately viewed as a symbol of white supremacy.”

Pimentel said the explanation for flying the flag is problematic.

“If you have a trooper who doesn’t understand the ramifications of flying the Confederate flag then the Washington State Patrol has a serious sensitivity training issue they have to address immediately,” he said.