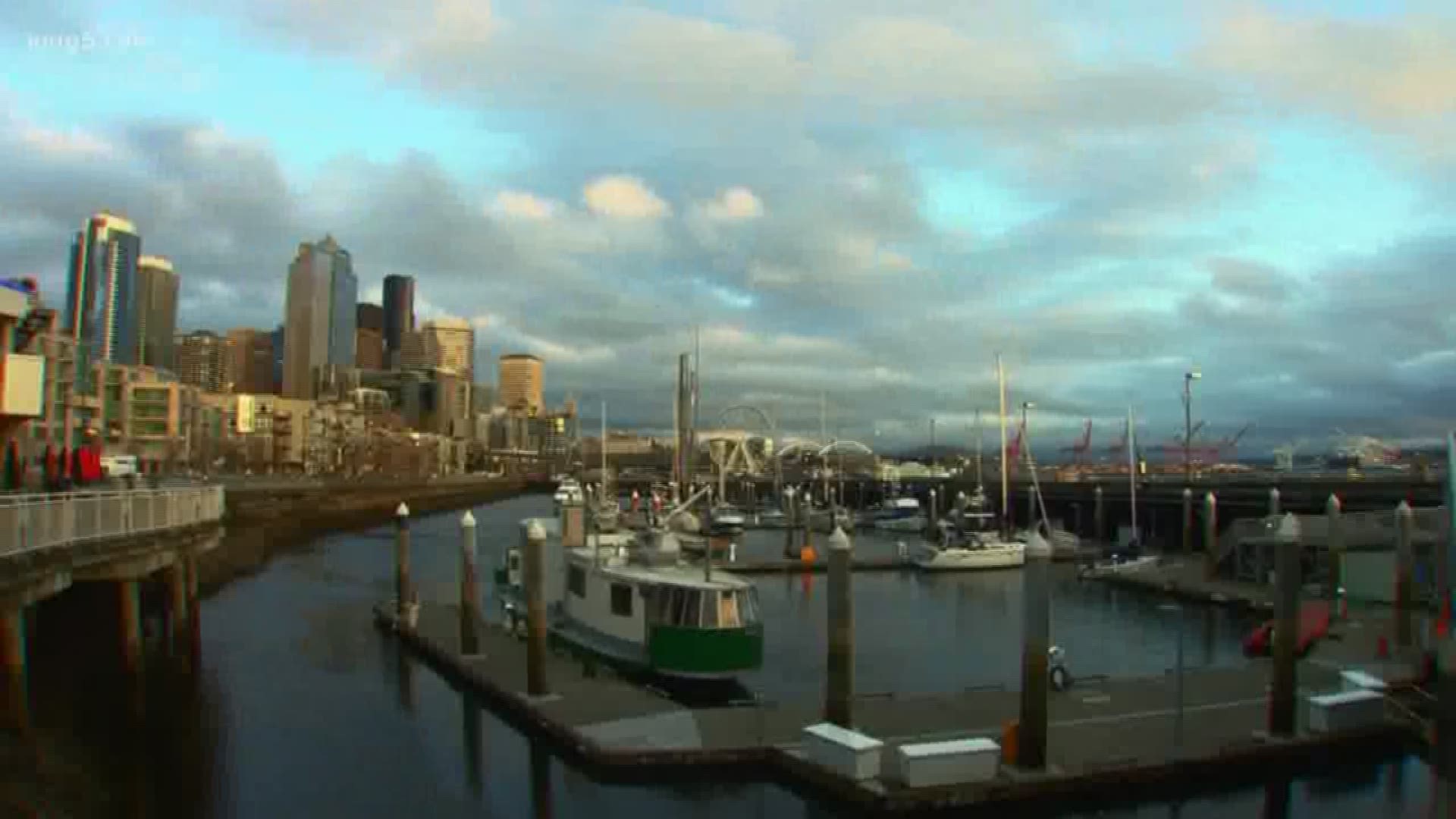 Editor's Note: The video above first aired in February 2019 and is about population growth in King County.

OLYMPIA, Wash. (AP) — Washington's population has topped 7.5 million, with growth coming mostly from those moving to the state.

Numbers released Friday by the Office of Financial Management shows the state has grown by 118,800 residents over the past year, a 1.6 percent increase.

In the past year, net migration accounted for 76 percent of the state's population growth, with births responsible for the other 24 percent.

Population growth has remained concentrated in the five of the state's largest metropolitan counties: Clark, King, Pierce, Snohomish and Spokane, where 69 percent of the population growth occurred this year.