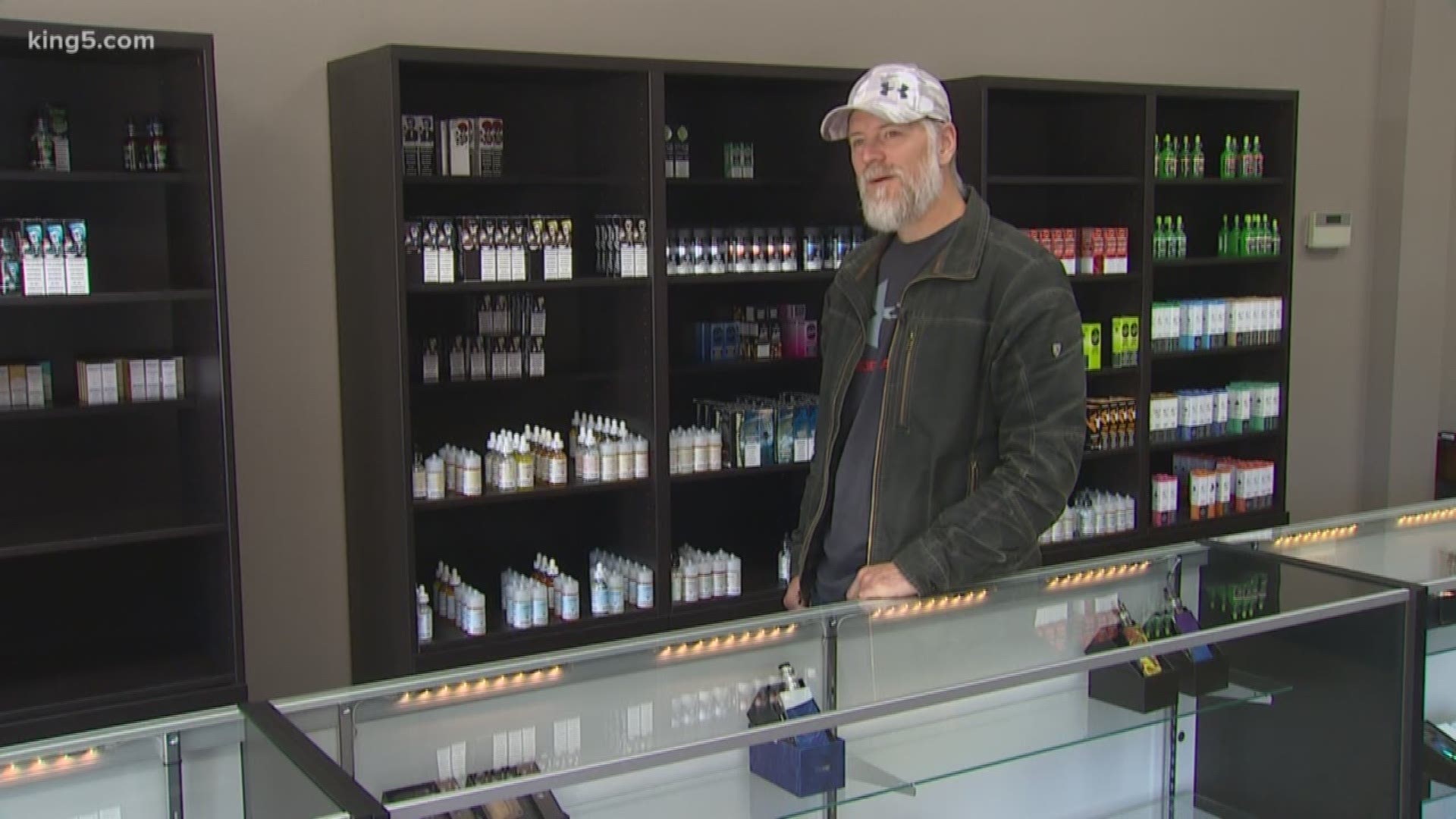 TUMWATER, Wash. — Less than a week after Governor Jay Inslee called for a ban on flavored vaping products, a pre-approved new tax went into effect Tuesday and it al has vape store owners worried about staying in business.

Despite the strong sales over the weekend, Kibler doesn't know how much longer he'll be able to stay in business.

"It feels dirty, even though you're selling everything at a discount, it feels like you're selling water after a hurricane. It's just, but we have to get our investment back," said Kibler.

Kibler said the ban would make about 90% of what he sells illegal.

The state's Board of Health could approve the executive order when they meet on Oct. 9.

On Tuesday, a new excise tax went into effect impacting the sale of all vaping solutions.

The tax was passed by Washington state lawmakers earlier this year. It creates an estimated 12% excise tax on refillable juices and a 4.5% tax on disposable juice pods.

Kibler said he was worried about the impact of the tax, but said the potential flavor ban is what he fears might put him out of business.

“Change is scary, so we’ll have to figure that out,” said Kibler.

There are currently seven cases of lung-illnesses associated with vaping in Washington state, according to state health officials. 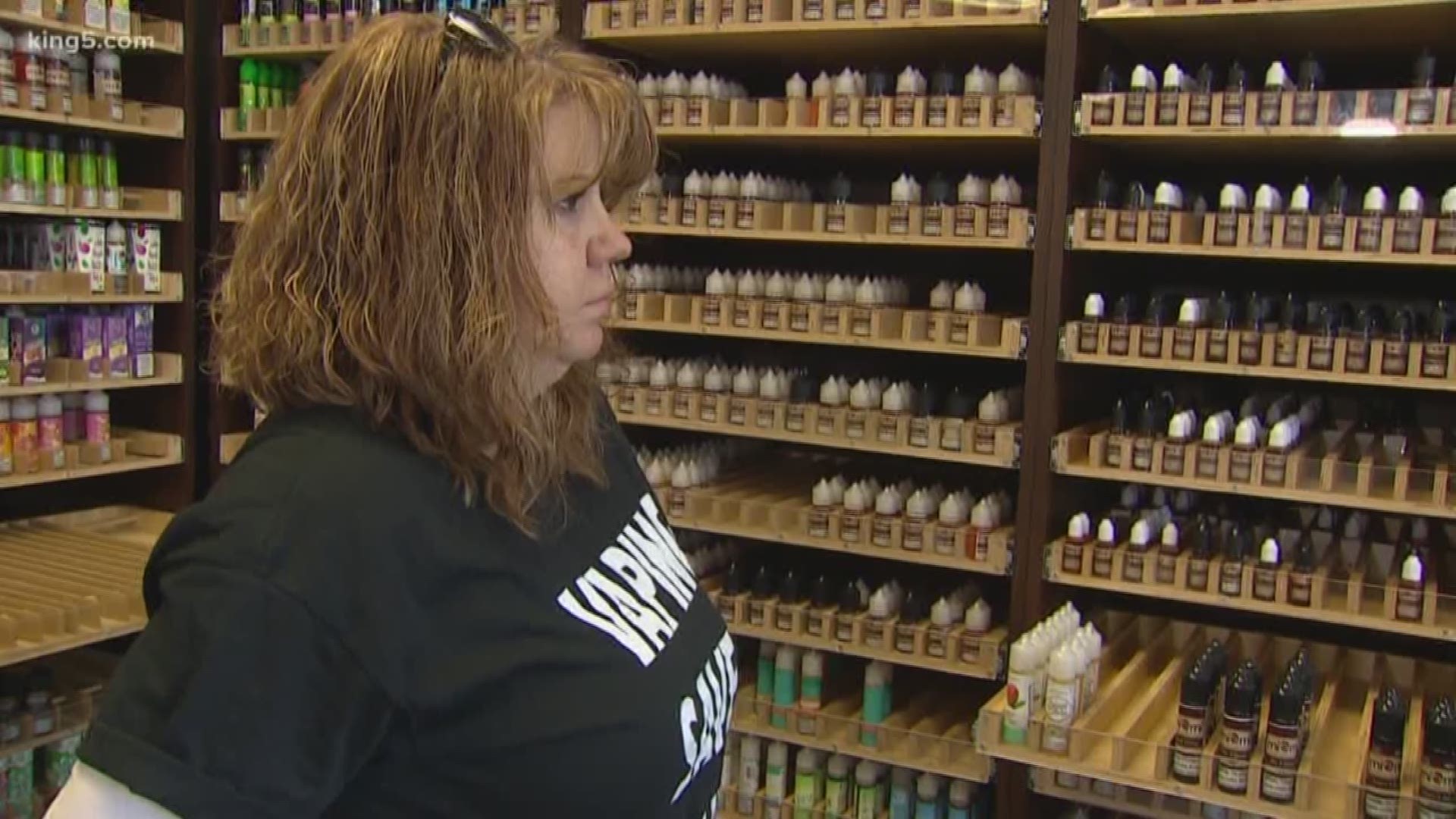 RELATED: US probe of vaping illnesses focuses on THC from marijuana